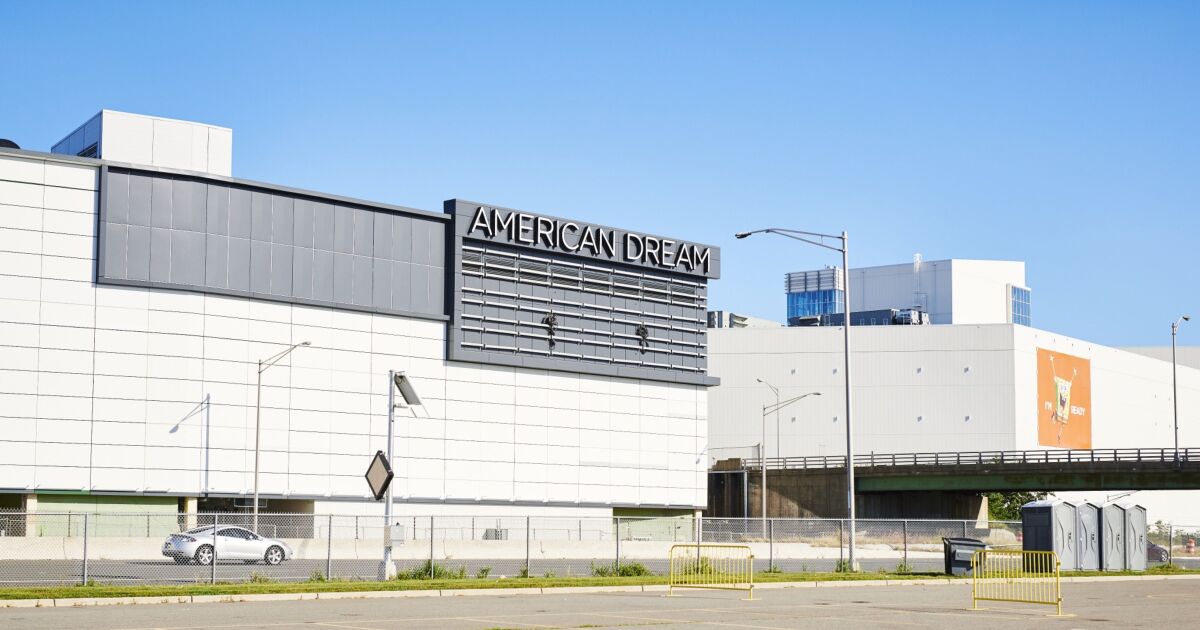 Triple Five, owner of the American Dream mall in New Jersey, has struck a deal with a group of creditors led by JP Morgan that grants the developer a four-year extension on overdue construction debt.

The agreement has the potential to ease pressure on $1.1 billion of tax-exempt bond debt taken on separately to finance the massive mall and entertainment venue some of which is in payment default.

“We are pleased that our lenders, led by JP Morgan, share in our vision,” Triple Five CEO Don Ghermezian said last week in a statement that announced the agreement. “American Dream’s success continues to grow with dramatically increasing traffic and spending at the complex.”

In 2017, the company borrowed $3 billion in a mix of construction loans and municipal bond debt to complete construction of the long-dormant 3 million-square-foot project a half-hour’s bus ride from Manhattan in East Rutherford.

The mall has struggled to earn to turn a profit since its doors swung open in October of 2019, late, over budget, and just months before the pandemic shuttered shops nationwide, running afoul of both public and private lenders on several occasions.

Triple Five reportedly defaulted on its $1.7 billion of private construction loans in early 2021, which reportedly allowed the creditors to take a 49% stake in another of the developer’s holdings, the Mall of America in Minnesota, which was collateral in the original lending agreement. Mall of America is the only U.S. mall bigger than American Dream.

“It’s been reported that occupancy is increasing, along with increased visitor count, expanding attractions, attracting more public attention to it,” said Pfeiffer. “Spreading the debt over time generally provides additional free cash flow that can go into other operations.”

The original 2017 construction loans required interest-only payments from 6.75% percent to 9.75%, according to a Bloomberg News report.

They were issued on a four-year repayment timeline based on pre-pandemic estimates that assumed gradually increasing profits, year-by-year, as the mall’s vacancy rate dropped and public foot traffic increased.

The reality turned out quite differently and, under the new terms, Triple Five has until October 2026 to pay back its debt.

That leaves the developer with a boost to its bottom line that can be leveraged to meet a host of other obligations, said Pfeiffer, including debt service on its municipal bonds.

“The offset is added interest later on,” he continued,”but at a time when presumably there is greater cash flow that can support the obligation.”

In 2017, through the Public Finance Authority, the developer borrowed $800 million in PILOT revenue bonds, for “payments in lieu of taxes” set forth in the development agreement with state and local authorities, and another $287 million of limited grant obligation revenue bonds.

In June, American Dream missed, but later paid, a PILOT payment to the trustee, forcing it to draw from debt service reserves to make an interest payment to bondholders.

In August, the limited grant obligation revenue bonds defaulted on an interest payment to bondholders.

Also in August, the borrower was late in forwarding another quarterly PILOT payment to the trustee.

“What it may do is free up some of this money so they could start meeting their obligations,” said Cassella, who was in office during the negotiations with Triple Five on the American Dream.

With the structure based on the municipal financing deals contingent on higher-than-realized profits, the shock to the big-box retail industry from the pandemic couldn’t be predicted, said Cassella.

In the years since sales have improved at a slow rate; in 2021 American Dream operated at $60 million in the red. This year, third-quarter earnings were up 30% over the same period in 2021.

While encouraging, it still falls far below the original estimates needed to meet all the mall’s debt obligations. The four-year expansions on Triple Five’s private debt can go a long way in helping it buy time while the big-box retailing industry inches its way toward full recovery, if such a recovery is coming amid the shift to online sales.

“Now, I think that maybe they have a little bit of room to breathe with this extension,” he said.

Brick-and-motor retailers as a whole have been facing “ongoing secular challenges” said Melissa Che, a senior director at Fitch Ratings covering commercial mortgage-backed securities, and while big-box retailers are performing relatively strong compared to smaller outfits, they are still struggling with lagging sales post-COVID, and that’s something that may not change any time soon.

“Consumer spending will be negatively impacted given the growing macroeconomic headwinds and Fitch’s expectations for a US recession in mid-2023 amid higher interest rates and persistent inflation,” she said.” Retail demand for space and rent growth is expected to decline relative to the strong post-pandemic recovery.”

Before the pandemic, large retailerswere already fighting the headwinds of declining sales and profitability, according to Moody’s Investors Service, who adjusted the U.S. retail industry’s outlook to negative from stable recently, saying the U.S.’s recovery “falters on the back of a solid but weakening macroeconomic environment.”

Che said that while some while retailers are bucking the trend by diversifying, as Triple Five has done with American Dream to include an amusement park, indoor ski slope, and other venues in its offerings, the industry is still evolving and case-by-base circumstances vary.

“Where we’ve seen success have been some borrowers which have diversified tenancy base, expanding experiential and dining offerings at the property,” she said.

However, there is no “one size fits all answer,” she said, and sponsors are “weighing commitment and contribution of additional equity alongside factors which may include current and anticipated future performance.”