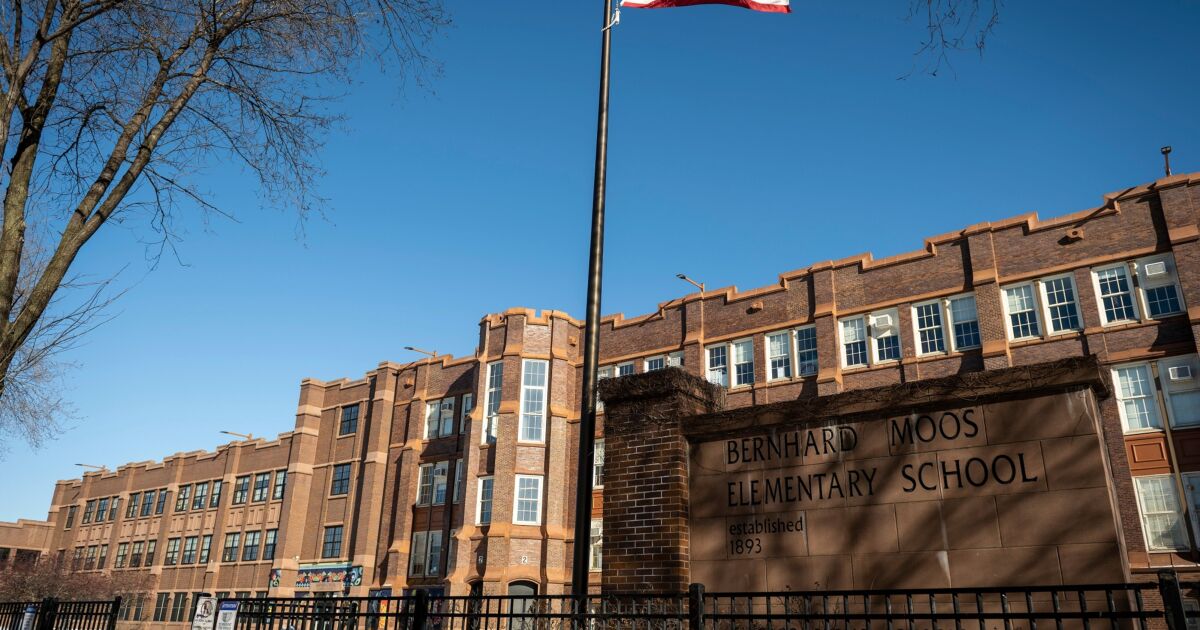 The looming severance of governance ties between Chicago Public Schools and the city adds to strains on the district’s “fragile” fiscal health as federal COVID-19 pandemic relief is being exhausted and structural costs are mounting.

That’s the assessment of a review that delves into CPS finances and how Chicago and other city-related entities prop up CPS’ budget.

“CPS’s financial condition is fragile,” reads the report — compiled by CPS with the help of independent advisory and accounting firms — on the district that carries three junk ratings, despite a series of upgrades. “Even without a transition to an independent unit of local government, CPS faces significant challenges to its ability to ensure its long-term financial stability while meeting its obligations to the communities it serves.”

Even before accounting for any potential loss of city financial support, the district projects a return to red ink beginning in fiscal 2026, with a $628 million gap growing to $733 million in 2027 then falling to $650 million in fiscal 2028.

Gov. J.B. Pritzker signed legislation last year moving to an elected board over the objections of Mayor Lori Lightfoot, who warned of fiscal fallout. Lightfoot, currently empowered with appointing all seven members of the school board, advocated for fewer than the 21 proposed members with a mix of elected and appointed members going forward.

Lawmakers adopted a trailer bill Public Act 102-0691 requiring an independent analysis of the fiscal, economic, and operational “entanglements” with Chicago ahead of the shift that begins in 2025, so further legislation action can be taken if needed to smooth the transition.

“The prospect of disentangling relationships with the city and other partners creates additional uncertainties and risks, both for CPS’ operating budget and for the finances of its students and their families,” the report warns.

The analysis provides fuel for investor concerns the looming transition could weaken the district’s fiscal prospects as Lightfoot and her successors are less incentivized to aid district finances despite the belief the city’s fiscal fortunes are tied to the district’s academic and fiscal health.

State aid — which despite a boost put in place in 2017 falls short of so-called adequacy targets — pension funding demands, the need to redirect state aid to cover bond repayment, and the ongoing reliance on short-term tax anticipation note borrowing for liquidity all weigh on the district’s balance sheet.

The deep-rooted strains remain even as an infusion of funding from city-approved tax levies for pensions and capital, state operational and pension aid coupled with $2.8 billion of overall federal pandemic relief have helped the district balance its budgets and rebuild reserves. The fiscal progress has drawn upgrades that have moved it closer to investment grade.

“As CPS exhausts these resources through fiscal year 2025, however, it has concerns about ongoing demands to dedicate operating dollars toward continued pandemic relief and recovery for CPS students, teachers and staff without access to extraordinary funding. As a result, CPS projects a potential return to operating deficits starting in fiscal 2026,” the report warns.

CPS’ ratings fall began less than a decade ago as it turned to one-time maneuvers — draining its healthy reserves and restructuring debt to balance the books — as it pursued greater state aid. The district’s ability to raise revenues is limited as it falls under state-imposed property tax caps.

The report also warns of the district’s vulnerability to market conditions and the potential for waning investor demand given its general obligation bonds enjoy only one investment grade rating.

The district has $8.6 billion of long-term debt with a final maturity in 2048 and is rated BBB by Kroll Bond Rating Agency, BB-plus by Fitch Ratings, BB by S&P Global Ratings, and Ba2 by Moody’s Investors Service. The district operates on a $9.5 billion budget.

“Investor appetite for non-investment grade bonds is volatile based upon market conditions and, in Illinois, based upon the amount of recent issuance by the state, the city and its sister agencies,” the report said.

Other pressure points endanger the district’s fiscal condition in the coming years. The district’s placement in fiscal 2022 in a lower evidence-based formula tier by the state poses a $170 million structural gap. The district must accommodate growing wages and benefits under its teachers’ contract ($120 million annually) and inflation is raising expenses.

The report delves into the various fiscal links and catalogs the potential impact. With some funding streams expected to remain intact, putting a dollar amount on the transition is difficult.

One expense already being absorbed is the city’s shift of a portion of the pension costs for non-CPS teachers who participate in the city’s municipal pension fund on to CPS books. CPS must cover $175 million in fiscal 2023, up from $100 million in 2022. The city also has shifted $30 million per year for school resource officers and crossing guards to CPS.

The report details the statutory differences between CPS and other districts, laying the groundwork for potential legislative changes.

In fiscal 2023, the district’s $175 million payment amounts to 66% of the full payment owed. The city and CPS have not set the split for future years. Pension actuaries estimates the district’s share, if fully covered by the district, could grow to $315 million by fiscal 2027.

Districts outside Chicago participate in the state teachers fund and the state covers those contributions while it covers only the normal costs for the stand-alone Chicago Teachers’ Pension Fund, with the district covering the legacy liabilities.

The state in 2017 gave CPS the ability to levy taxes for its portion of pension costs and, combined with the state help, the $860 million fiscal 2023 contribution is covered but the report warns the funding streams could fall short in the future.

CPS has just limited ability to go to voters for hikes in its operating or bonding levies compared to other districts.

The city covers about $142 million of debt service for bonds under an intergovernmental agreement struck in 1997 under which the city raised the property tax levy to serve as an alternate source of revenue pledged to bonds providing CPS with room to borrow without bumping up against caps. It runs through 2031 when the bonds are paid off.

CPS anticipates receipt of at least $100 million annually from a city-declared tax-increment financing surplus, but that’s one link that’s expected to continue as the city declares the surplus and its budget has long relied on the funds. The city’s proposed 2023 budget declares a record $395 million surplus of which CPS will receive $218 million.

The report prepared by CPS with the help of financial advisory firm Columbia Capital Management LLC and using data provided by the public accounting and consulting firm Crowe LLP goes to the Illinois State Board of Education, which in turn is required to report to state lawmakers by July 1 on the district’s ability to operate on its own, with recommendations for legislative action if needed.

The original legislation did not change the board’s existing powers to levy taxes, issue debt obligations or adopt an annual budget.

The district said in a statement it “will work with the state to develop a thoughtful process of disentangling CPS from its historical relationships with the city and other public agencies in Chicago, as well as a process to wind down the extraordinary pandemic-era federal support to avoid a threat to structural budgetary balance.”

The Chicago Teachers Union, which is backing a rival candidate against Lightfoot in the 2023 election, lashed out at details in the report, accusing the mayor of balancing the city budget on the backs of students having already shifted some expenses, like pensions, on the school budget.

Despite the federal infusion of aid “she’s spent little on real needs, from affordable housing to trauma support for our students — and is instead moving to force $6 billion in pension liabilities that Chicago mayors have failed to pay over the decades onto CPS,” CTU President Stacy Davis Gates said in a statement.

CPS operates 522 campuses and 803 buildings with an enrollment of 322,000 that has declined annually. The district this year moved to the fourth- from the third-largest district nationally.

The future of parking is in New York — and it costs at least $300,000 per space
Will the Oil and Materials Stocks Rout End in 2016?
How Atlanta’s growing economy burned low-income renters and homebuyers
Bollinger Bands: Beginner Guide
Here’s Why You Should Invest in Water ETFs