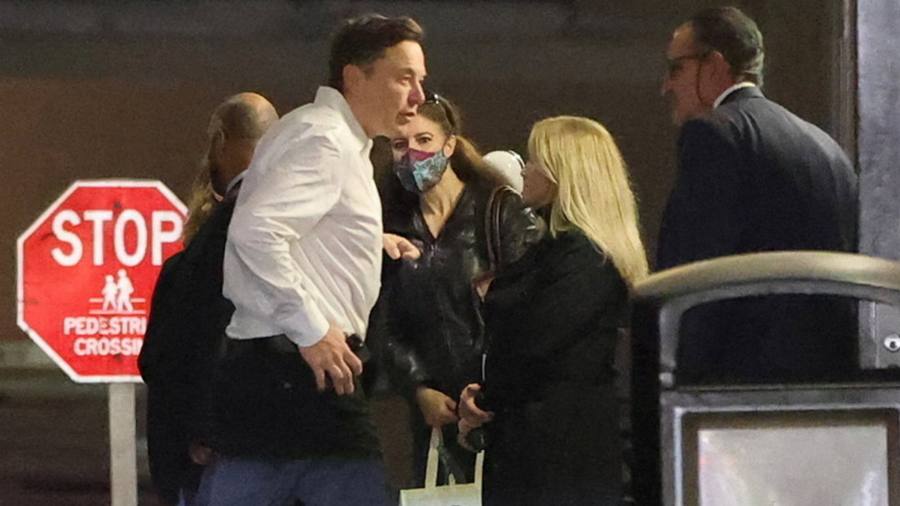 Elon Musk has begun to slash Twitter’s 7,500-strong workforce as the social media platform’s new billionaire owner warned of a “massive drop in revenue” following his contentious $44bn buyout of the group.

As Musk embarks on the cost-cutting cull, he claimed on Friday that Twitter “has had a massive drop in revenue, due to activist groups pressuring advertisers, even though nothing has changed with content moderation and we did everything we could to appease the activists”.

Brands such as General Motors, Mondelez, Carlsberg, Volkswagen and General Mills have paused marketing since Musk took the helm, with some advertisers fearful he will allow a wave of hate speech and misinformation to spill on to the platform.

While the billionaire claimed “hateful speech” had at points dipped below its usual level on the platform since he took over, he also delivered a warning to advertisers, saying that “a thermonuclear name and shame is exactly what will happen” if companies boycotted the platform.

The reduction in staff comes amid a new round of job cuts rippling through Silicon Valley as companies grapple with the macroeconomic slowdown. Twitter employees were notified of their employment status on Friday, according to a company-wide email seen by the Financial Times.

The email did not clarify the scale of the headcount reduction. However, Musk has drawn up plans to cut about 3,700 jobs, or half of the workforce, according to two people familiar with the plans, who added that the final figure could change.

“In an effort to place Twitter on a healthy path, we will go through the difficult process of reducing our global workforce on Friday,” stated the email, which was received by staff on Thursday.

“We recognise that this will impact a number of individuals who have made valuable contributions to Twitter, but this action is unfortunately necessary to ensure the company’s success.”

The move was immediately met by a class-action lawsuit from a small group of Twitter employees, alleging the company had violated labour laws by failing to give the required advance notice.

“Regarding Twitter’s reduction in force, unfortunately there is no choice when the company is losing over $4M/day,” Musk wrote on Twitter later on Friday, saying that employees who had been fired had been offered three months of severance pay.

The job losses cap a chaotic first week for Twitter under Musk’s command, during which the world’s richest man overhauled the management team, asked staffers to work round the clock on new products and publicly brainstormed plans to shake up the business via his own Twitter account.

In an indication that the cuts had begun, two staffers said many employees lost access to their corporate Slack account and email on Thursday night.

Twitter workers who lost their jobs were told to expect an email in their personal inbox while those who were staying were to be notified via their corporate email, according to the Twitter email.

Another employee said some had received a second, vague email from Twitter after their work accounts were cut off, saying their role at the company had been “potentially impacted” by the cuts.

Although Musk has not publicly discussed the job cuts, Twitter itself lit up with employees announcing their departure and colleagues often responding with a blue heart emoji, in a show of support. “I am officially out,” wrote Irene Font Peradejordi, a Twitter researcher.

I am officially out 🫡

It has been the biggest pleasure to be part of the Responsible ML research family at Twitter for the last year and a half 🫶🏽 – more announcements to come.#TwitterLayoffs

Ned Miles, who is Twitter’s UK lead for audience insights, according to his LinkedIn page, wrote: “I don’t have anything clever to say, I’m just devastated — personally, and for the magnificent culture and company we built together and is now gone. I love you all.”

There has been turmoil inside the company for months after Musk first made his bid to buy it, before trying to back out while publicly mocking Twitter staff. After a fierce legal battle, the deal closed on Thursday last week, with Musk paying his original offer of $54.20 a share.

Musk has made no secret of his plans to overhaul Twitter, which has long been criticised for its sluggish pace of product innovation. He has previously stated he could cut jobs and costs to make the platform “healthy” and last week tweeted: “There seem to be 10 people ‘managing’ for every one person coding.”

The email on Thursday said Twitter’s offices would temporarily close and all badge access would be suspended on Friday “to help ensure the safety of each employee as well as Twitter systems and customer data”.

Staff had responded earlier by flooding the social media company’s water cooler Slack channel, a messaging group meant to be the online version of chatting around the office water cooler, with emojis of a person saluting, according to another employee.

Ahead of the email, Twitter employees on Blind, a forum for tech employees to post anonymously, shared their disillusionment with Musk’s management style.

One described current working conditions as a “nightmare scenario that won’t let up”, adding: “Please lay me off.” Another comment asked for the cuts to come quickly: “It’s psychological torture at this point.”

Three plaintiffs in the class-action lawsuit said in a legal filing on Thursday in the Northern District court of California that they had been “locked out of their [company] Twitter accounts”.

The lawsuit seeks an injunction to block the cuts, on behalf of themselves and “all similarly situated employees” in the US, so that Twitter does not break the Worker Adjustment and Retraining Notification Act, which requires employers to provide 60 days’ notice of a “mass lay-off” to affected employees.

The Twitter staff allege Musk took a similar approach this summer when making cuts at Tesla, his electric car company, leading to a lawsuit by employees there.

Additional reporting by Madhumita Murgia and Judith Evans in London

What are Fibonacci Retracements
Stocks making the biggest moves premarket: Activision Blizzard, Tesla, Manchester United and others
Shorting the S&P 500 with ETFs: What You Should Know
Day Trading Options: AT, IN, or OUT of the Money Options?
Singapore Bank DBS Completes Fixed Income Trade on JPMorgan’s Blockchain Network Onyx