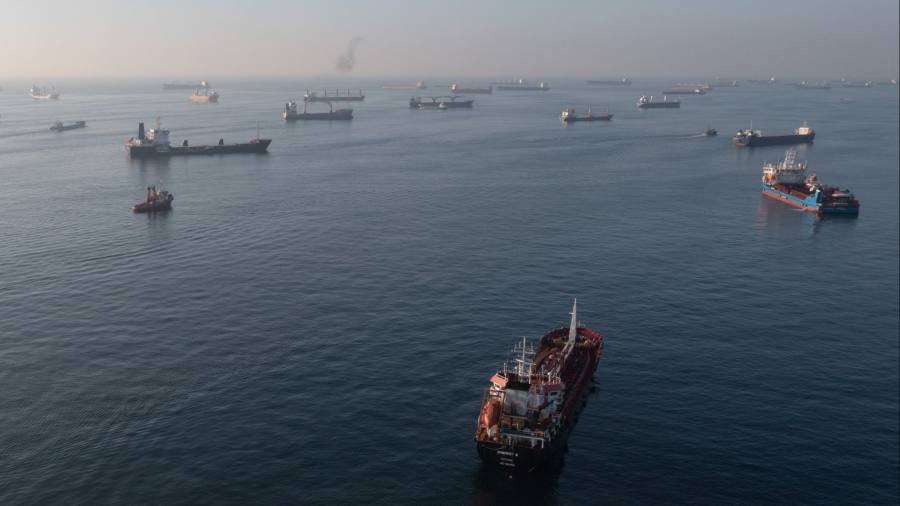 Grain shipments from Ukraine will resume on Wednesday after Russia
agreed to rejoin a UN-backed initiative to allow exports via the Black Sea, ending a stand-off that threatened to reignite a global food crisis.

Turkey’s president Recep Tayyip Erdoğan said Sergei Shoigu, the Russian defence minister, had phoned his Turkish counterpart to say Moscow was back on board.

Erdoğan, who has maintained close ties with Vladimir Putin since Moscow launched its invasion of Ukraine and helped broker the original grain deal in July, said the Russian president told him he would like to see “the poorest countries of Africa” benefit first.

The next shipments of grain would head to Somalia, Djibouti and Sudan, countries particularly vulnerable without Ukrainian agricultural imports, the Turkish president added.

Russia quit the pact on Saturday, accusing Kyiv of targeting its naval fleet in the Black Sea following claims of a Ukrainian drone attack on its warships.

Igor Konashenkov, Russia’s defence ministry spokesman, said Kyiv had offered written guarantees that it would not use Ukraine’s grain-exporting ports or the export corridor “to conduct combat operations against Russia”.

Konashenkov said Ukraine had agreed to abide by rules set under the UN and Turkey’s mediation, which he said was “sufficient” to return to the deal.

Ukraine did not immediately comment on what guarantees it had given to Russia. Kyiv has complained that Russia is continuing to use its Black Sea fleet to launch air strikes on Ukraine, including a series of crippling attacks on energy infrastructure in recent weeks — and has repeatedly denied using the grain corridor to conduct its own strikes.

Amir Abdulla, UN co-ordinator for the grain agreement, said in a post on Twitter that he was “grateful for the Turkish facilitation” and that he welcomed the return of Russia to the deal.

After Turkey’s announcement, wheat futures fell 6.4 per cent at $8.45 a bushel, while corn was down 2.4 per cent at $6.81 a bushel. Insurers at the Lloyd’s of London consortium said they had resumed offering quotes to cover vessels under the grain deal.

“The best way to understand the meaning of Black Sea Grain Initiative is to look at the market reaction after [the deal’s] stabilisation,” said Oleksandr Kubrakov, Ukraine’s infrastructure minister, in a tweet.

Turkey’s foreign minister Mevlüt Çavuşoğlu said previously on Wednesday that Russia had made “security demands” after the weekend attack but did not elaborate.

Çavuşoğlu was quoted as telling a panel that Moscow also wanted to export more of its own agricultural products that were part of the agreement.

“Russian fertiliser and grains are not on the list of sanctions but ships that will carry these are unable to dock, [insurance] payments are not being made. The ships of many countries are hesitant about transporting these cargos,” Çavuşoğlu said.

The original grain agreement was brokered in July by the UN and Ankara to end Russia’s blockade of grain, food and fertiliser exports via Ukraine’s ports after Moscow’s full-scale invasion of its neighbour in February.

Ukraine is also seeking to lift Russia’s blockade on other commodities including steel, another key source of hard currency for Kyiv.

Ukraine is one of the world’s leading suppliers of grain and other agricultural products. Food security experts have warned that shortages triggered by the war will have serious consequences for poor countries already facing a crisis caused by the impact of climate change and the Covid-19 pandemic.

Why Ross Stores Surged Today
Stocks to Watch: Lululemon, Finisar, Target are stocks to watch
DiNapoli: NYS pension fund at $233.2B despite -3.85% return
Port Authority plans to increase capital spending next year
What are Support and Resistance?