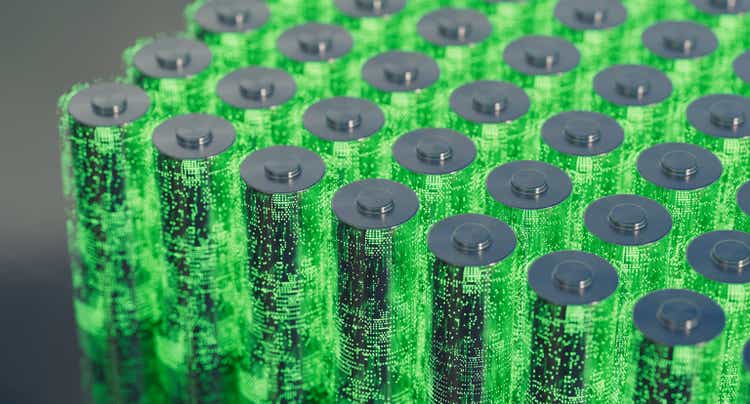 The Global X Funds – Global X Lithium & Battery Tech ETF (NYSEARCA:LIT) aims to mirror the performance of the Solactive Global Lithium Index (full replication). ETFs are attractive if you do not want to focus on individual companies or invest the time to analyze and keep track of them long-term. ETFs are suitable for regular accumulations to achieve a cost-average effect. This one combines some of the world’s largest mining companies and a few electric car manufacturers. Given the strong increase in demand and the likely lack of supply, I think this will be a very good investment for this decade.

Investing in this ETF only makes sense if one assumes that the demand for both lithium and electric cars will increase in the long term. This seems quite certain, as there is tremendous political pressure to abandon internal combustion engines more and more. Many countries, for example, Germany or France, directly support the purchase of electric cars with subsidies. Let’s start with some soft data – the interest in electric cars of the last five years, according to Google Trends.

This is an analysis of visitors to tesla.com. Here we see relatively clearly that especially younger people are interested in their cars. Especially the age group, 18 – 24, is strongly represented, which is surprising given their probably lower financial means.

What percentage of global lithium goes to EVs?

Analysts at Citi predict that 75% of all mined lithium will go into EVs by 2025. According to McKinsey, it could even be 95% for batteries by 2030, mainly due to the rapid rise of electric cars. Because compared to a few grams in a smartphone, an electric vehicle requires an enormous amount of lithium; the average electric car battery roughly 8-10kg.

Not long ago, in 2015, less than 30 percent of lithium demand was for batteries; the bulk of demand was split between ceramics and glasses (35 percent) and greases, metallurgical powders, polymers, and other industrial uses (35-plus percent). By 2030, batteries are expected to account for 95 percent of lithium demand, and total needs will grow annually by 25 to 26 percent to reach 3.3 million to 3.8 million metric tons LCE depending on the scenarios outlined in Exhibit 2.

Will there be a lithium shortage?

I often read reports that there could be shortages of important battery metals before the end of the decade. These could include copper, nickel, cobalt, and lithium. However, this is not certain, and there are contradictory analyses. How about lithium, when you put the expected demand in relation to the expected supply?

There’s going to be a real crunch to get the material. We don’t have enough in the world to turn that much [lithium] production in the world by 2035.

Recently, Rio Tinto (RIO) warned that planned lithium production will not be sufficient to meet the growing demand for lithium-ion batteries. And the IEA also warns that the world faces a potential shortage of lithium and cobalt as early as 2025 if sufficient investment is not made in expanding production. Overall, I found plenty of warnings from various sources and not a single source that says the supply will be easily sufficient.

However, according to McKinsey, there is potential to fill this gap with additional unconventional production methods: greenfield and brownfield expansions. In addition, recycling could cover 6% of demand by 2030.

As we can see from the graphs above, lithium supply is also increasing rapidly. And yet it seems that supply will not keep pace with demand. This means for lithium producers that prices should most likely increase even more than they already have. So we have a simultaneous likely price increase of lithium and expansion of production. That sounds like a license to print money to me. Elon Musk also thinks so.

The ETF was launched in 2010, and the expense ratio is relatively high at 0.75%. There are 47 holdings, and the top 10 already account for 57%. The sector breakdown is as follows:

The performance reveals an underperformance against the S&P500 over ten years (153% vs. 206%) but massive outperformance over three years (176% vs. 29%). Here we can clearly see what the relatively new hype around electric cars and the strongly rising lithium prices have done to the companies in this ETF.

Lithium demand is strongly linked to global EV demand, which means the lithium price is very cyclical. Or in other words, if the demand for EVs, in general, should plummet, the lithium price will suffer. Given the increasing supply in the next few years, there could be an oversupply in the case of a global recession, and lithium prices could unexpectedly plummet.

Another risk is that global EV demand will not develop as currently projected. Maybe it will turn out that these cars are not competitive in the long run in terms of production costs or range. Perhaps, in the long run, hydrogen cars will prevail.

And another danger is that there is always the possibility of new battery technology that might not use lithium. Batteries are a billion-dollar market and will be very important for all of humanity over the following decades. Millions of people are researching them, and we can’t foresee what discoveries there will be in the next few years.

Strongly increasing production and still not enough because demand is growing even more. That’s how you can summarize the lithium market in one sentence. Overall, it sounds to me like a money-printing machine for this decade. In the longer term, we’ll have to wait and observe the technological changes; perhaps new battery technologies without lithium will arise. But these dangers are not yet foreseeable. That’s why I think the risk-reward ratio for lithium stocks is excellent.