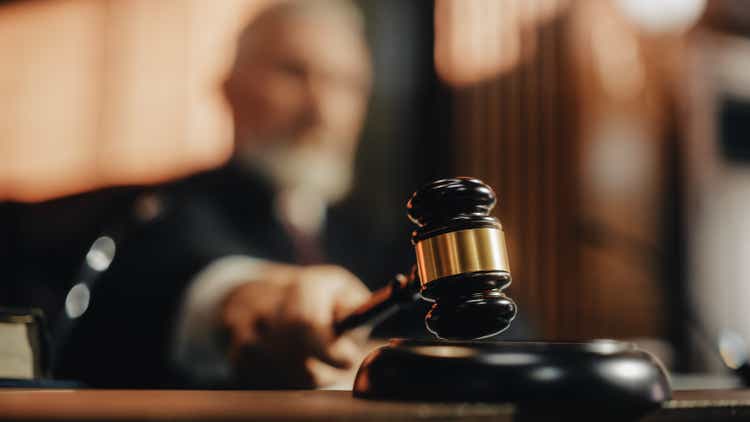 (Data below is sourced from the Highland Income Fund website unless otherwise stated.)

The fund is quite controversial. It was originally an open-end mutual fund (HFROX) that invested in floating rate loans. In 2017, when it appeared that the fund could win a large award from the Credit Suisse law suit, the fund started to attract a lot of inflows and management got shareholder approval to convert the open-end mutual fund into a closed-end fund- (NYSE:HFRO).

The fund later changed its objectives and now owns a more eclectic set of assets, not just floating rate loans.

“On March 17, 2022, Amazon announced it had closed its previously announced acquisition of MGM. As a result of the deal closing, HFRO received $73,284,758 in cash, reflecting the Fund’s direct ownership of MGM shares. The Fund also has indirect investments in MGM through which it is expected to receive approximately $45 million. In total, HFRO is expected to receive more than $118 million in cash from the transaction. Only proceeds from the Fund’s direct investment have been received at this time.”

“The MGM position has been a material contributor to value creation in HFRO over recent years,” said Joe Sowin, HFRO co-portfolio manager. “It was a pleasure to work with MGM management over the lifecycle of the investment and we wish them the best of luck as the newest division at Amazon.”

HFRO’s initial investment was in MGM’s debt, which converted to equity when the company emerged from bankruptcy in 2010. The Fund’s average cost was $24.59/share. The position generated a return of nearly 6 times the original investment.

The NAV performance of HFRO has been quite good lately on a relative basis compared to the overall equity markets and its Morningstar bank loan fund peers. Over time, HFRO has been changing from a floating rate bank loan fund to more of a hedged fund with an emphasis on real estate.

Here is the year-by-year total return performance record since 2018 when the fund converted to closed-end fund format:

One of the main reasons to invest in HFRO now is the potential to capture “alpha” from the high discount and the possibility of future shareholder activism.

The distribution rate of 9.10% along with the 31.5% discount allows investors to capture some alpha by recovering a portion of the discount whenever a distribution is paid out.

Note that this is considerably more than the 1.67% baseline expense ratio.

Institutions hold about 35% of the shares.

Here are some activist investors that owned shares in HFRO as of June 30, 2022.

What is the latest update on the Credit Suisse law suit?

On June 28, 2021, a judgment of $121 million was awarded against Credit Suisse to Claymore Holdings LLC. This is an entity formed to pursue the collective claims on behalf of HFRO and NXDT.

On July 23, 2021, Credit Suisse filed a notice of appeal of the judgment. The matter has been reviewed by the Dallas Court of Appeals, which previously ruled unanimously in favor of Claymore during the last round of appeals.

The total aggregate award consists of damages and prejudgment interest. The award will continue to accrue interest until the appeals process is exhausted. Any final judgment amount would be reduced by attorney fees and other litigation-related expenses.

The net proceeds would then be allocated to the Funds based on respective damages (approximately 82% to HFRO and 18% to NXDT). On October 11, 2022, oral arguments were presented at the Court of Appeals, Fifth District of Texas at Dallas.

HFRO is a fairly liquid stock and usually trades with a bid-asked spread of about three cents. There is often limited size available on both the bid and asked, so care must be taken when trading HFRO. If you use a market order, you will usually get some price improvement and receive a price somewhere between the bid and the asked price.

I believe that HFRO is a good purchase now for opportunistic investors.

If HFRO receives a significant award from the law suit, there should be a significant “pop” in the NAV which could be as high as $0.75 a share.

Even if HFRO ultimately loses the law suit and is awarded nothing, I feel the current 31% discount and high distribution yield makes the fund a decent buy in any event. If you look at the chart below showing year to date NAV and market price performance for HFRO, you can see that the volatility has been fairly low and performance has been quite good during the 2022 bear market.