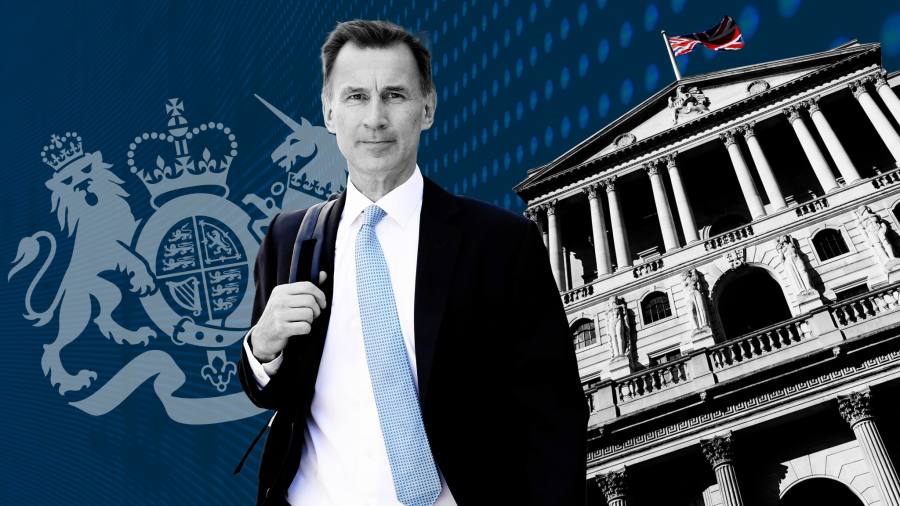 The writer is the author of ‘Two Hundred Years of Muddling Through: The Surprising Story of the British Economy’

Not since 1976 has a British government been forced by market pressure into such an abrupt U-turn on its fiscal policy. On that occasion Denis Healey, then the chancellor, had at least only reached the departure lounge at Heathrow airport on his way to the annual IMF meetings when he was summoned back to Downing Street. Kwasi Kwarteng, by contrast, had to endure the humiliation of flying back early from those very same meetings in Washington only to be fired on arrival.

No postwar British fiscal event has received so brutal and prompt a mauling from financial markets as the “mini” Budget of September 23. Investors had been expecting a planned rise in corporation tax, from 19 per cent to 25 per cent, to be revoked and a recent rise in national insurance contributions to be reversed. That would have amounted to tax cuts worth about £30bn a year. Instead, the government delivered a package of tax cuts initially totalling £45bn on top of a large energy market intervention. A sharp sell-off in gilts, exacerbated by leveraged pension funds facing margin calls, was enough to trigger a two-week-long Bank of England intervention beginning just days after the fiscal update.

A promised plan outlining how the Treasury intended to get the ratio of government debt to gross domestic product falling in the medium term was brought forward from November to late October in an attempt to reassure markets. But over the past week it has become apparent that there is no appetite among either Conservative MPs or the general public for the scale of spending cuts required if the tax changes were to remain. On Friday, after sacking her chancellor, Truss announced that the corporation tax rise — estimated to raise about £18bn — would go ahead after all. With a promised cut in the top rate of tax on earnings above £150,000 already having been dropped, the unfunded tax cuts now amount to about £25bn.

Gilts rallied sharply on Thursday as news of the forthcoming reversal began to seep out of Whitehall. For the bond markets, the U-turn is welcome on several grounds. It materially reduces the government’s borrowing requirements in the coming year and, more significantly, should lower the expected pace of interest rate rises from the Bank of England. The Monetary Policy Committee had already raised Bank Rate from just 0.1 per cent last December to 2.25 per cent before the “mini” Budget and markets were expecting it to rise to about 4.5 per cent by next summer. In the aftermath of the larger than expected tax giveaway on September 23, investors concluded that Threadneedle Street would feel the need to tighten even further to offset the fiscal largesse. The expected peak in Bank Rate rose above 6 per cent. That should now be scaled back.

Much harder to quantify than the changes in substance are the shifts in style. The adverse market reaction to the Truss agenda was at least partially driven by the talk of throwing out the established Treasury orthodoxy, by the questioning of the Bank of England’s remit and by the lack of forecasts and costings from the Office for Budget Responsibility. Jeremy Hunt, Britain’s new chancellor, is a much more establishment figure and his appointment is no doubt intended to signal that this government takes fiscal conservatism more seriously.

But, as the saying goes, you cannot put the toothpaste back in the tube. Even if the entire “mini” Budget had been reversed, the gilt market was unlikely to return to its September 22 levels. The credibility of UK policymaking has been seriously diminished at a difficult time for global markets. Sacking the chancellor may have given Liz Truss a political scapegoat, but the agenda and approach is intrinsically associated with her. For as long as she holds office, international investors will be applying a new risk premium on UK assets.

Counterintuitive as it may sound, tighter than expected fiscal policy in this case may actually support growth on a one-to-two-year view. While businesses would no doubt have preferred a lower rate of corporation tax, it was never likely to spur much in the way of new investment in the short term given the dire outlook for the British economy. By contrast, the sudden spike in interest rates experienced over the past three weeks was a clear and present threat to growth.

In the medium term, though, it is hard to see anything that has happened over the past month as a positive for the British economy. Lacking a direct mandate from a general election and having only secured the support of a third of her own MPs in this summer’s leadership election, the prime minister’s reserves of political capital never looked especially well stocked. They are now empty. The chance of meaningful but politically contentious supply-side reforms in areas such as planning, housing and infrastructure is negligible. The default setting of policy now will be drift and the path of least resistance.

Even before this self-inflicted disaster, the UK was heading into recession. Inflation was uncomfortably high, real disposable household income was undergoing its largest fall in decades and interest rates were rising. The odds on Truss’s fiscal gamble paying off always looked very long. It has failed miserably and left the economy in a worse place than it was a month ago.

What is a Stock & How YOU Make Money in the Market
Investors’ home purchases drop 30% as price increases slow down
Trading 212 Trading Strategies: How to Trade Reversals with Pin Bars
Stocks making the biggest moves premarket: Deere, HP, Nordstrom and others
Jihan Wu’s Crypto Lender Matrixport Looks to Raise $100M at $1.5B Valuation