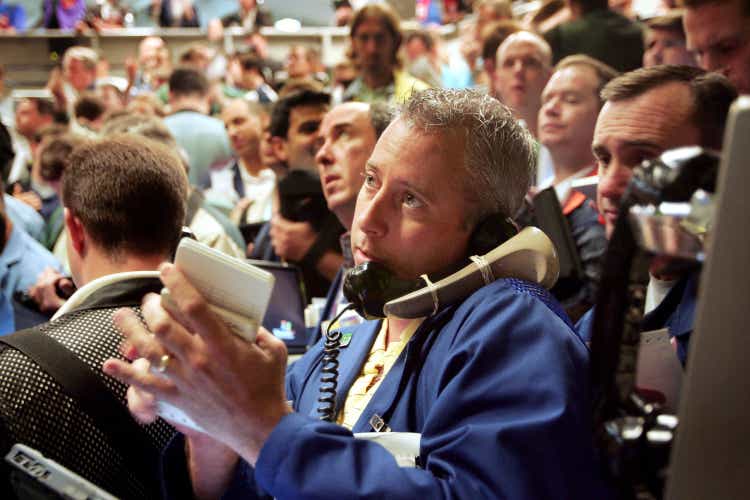 Today we follow up on our previous SPDR S&P 500 TRUST ETF (NYSEARCA:SPY) sell rating. Our previous article successfully argued that the yield curve and macroeconomic factors would wreak havoc. In today’s article, our argument bases itself on a VIX index (VIX) forecast and the possible implications that might arise if the VIX trends upwards.

This analysis is based on a 12-week horizon; whereafter we’ll revise our stance.

It’s assumed among market participants that the VIX has a negative correlation to the S&P 500. The reason for this is that excess market volatility results in risk aversion. Thus, a rising VIX usually drains the stock market.

Nevertheless, I wanted to confirm the theory quantitatively. Therefore, I pulled a few datasheets from Yahoo Finance and did a correlation analysis. According to our correlation matrix, the SPDR S&P 500 Trust ETF does indeed exhibit a negative.

Instead of speculating, I went ahead and used a seasonal ARIMA model to forecast the VIX’s level for the next twelve trading weeks. I plugged in returns since the first trading day of 1990 and set confidence intervals of 95%.

The result shows the VIX could exceed the 40 handle within the next twelve weeks and drag down the stock market (or at least the SPDR S&P 500 Trust ETF).

Note that the seasonal ARIMA model bases its inferences on its own retrospective data distributions. Thus, the provided model needs to be assessed in tandem with other influencing variables. Nonetheless, it’s a valuable indicator; see the full distribution in the diagram below.

The Yield Curve And Macroeconomic Outlook

The Yield Curve’s inversion is an issue as this usually implies a recession’s inbound. The inversion essentially conveys that interest rates will need to be dropped in the future to stimulate a struggling economy. In our opinion, the S&P 500’s earnings yield will likely buckle (yield curve induced) before we reach a market bottom.

Furthermore, parsimonious macroeconomic variables remain a concern. For example, U.S. inflation remains resilient despite the broader economy entering a contraction. In addition, the Eurozone’s plagued with an energy crisis, and the war in Ukraine just keeps dragging on. Thus, we believe it will be some time before the fading economic climate seeks new pastures.

At first glance, the SPDR S&P 500 ETF Trust hosts numerous high-risk constituents. I say this because of the ETF’s exposure to both the technology and financial services sectors.

Technology stocks are usually categorized by their high-growth properties; however, they’re not always the most recession-proof. Furthermore, the financial sector is known for its fragility during periods where recession risk is running high. Thus, I don’t feel comfortable investing in an ETF with more than 38% of its capital invested in potentially high-risk/poor-return assets.

An Argument For Upside

At the end of the day, the financial markets don’t always adhere to theoretical underpinnings. In addition, the zeitgeist tends to shift prematurely. I mean, the bull market during 2020’s hard covid-19 lockdowns is proof.

Moreover, the SPDR S&P 500 ETF Trust has recently surged out of a prolonged drawdown and now trades above its 10-day moving average. Additionally, the ETF’s Relative-Strength-Index has broken through its oversold level and seems to be on an upward trajectory.

Although the SPDR S&P 500 ETF Trust has recently garnered momentum, we still believe the asset to be a sell, reaffirming our previous rating.