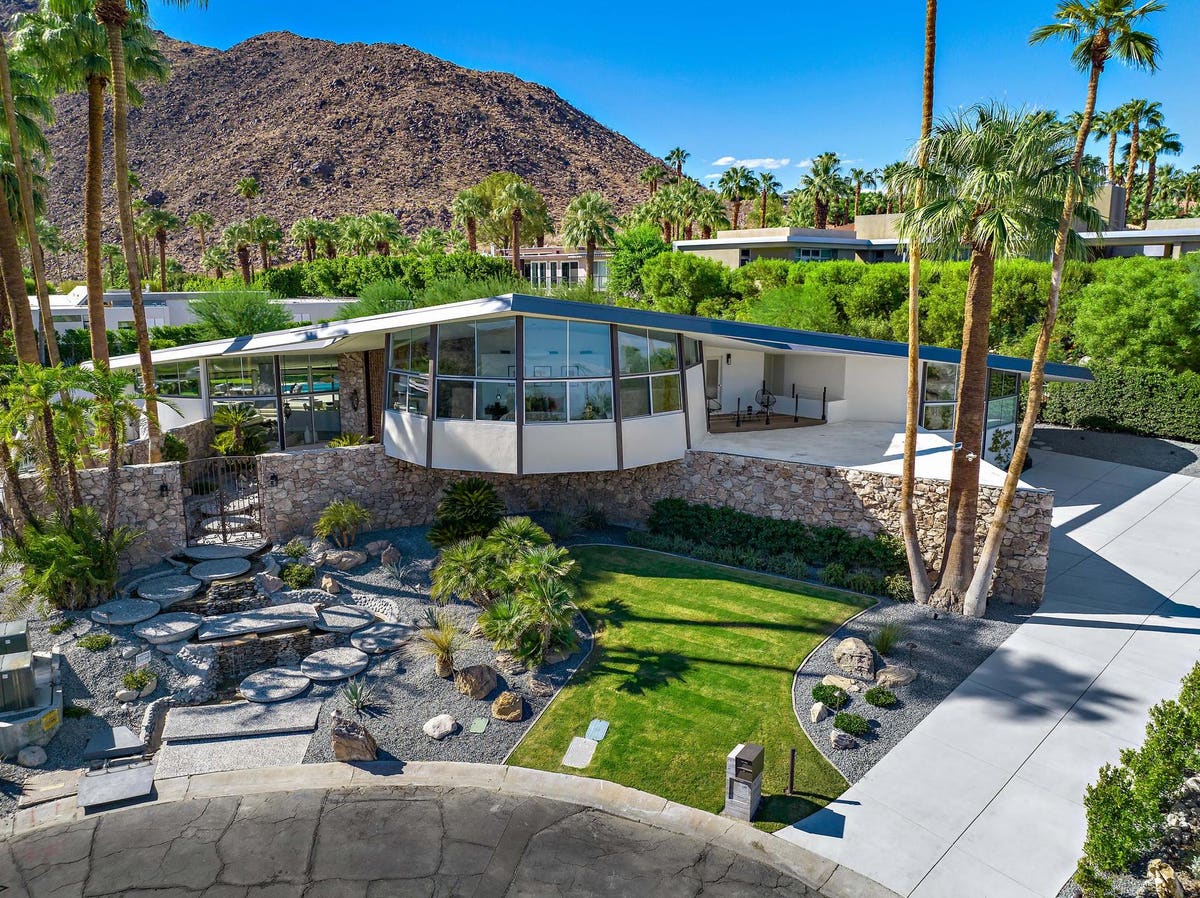 The mid-century modern home in California where Elvis and Priscilla Presley spent their honeymoon in 1967 has hit the market for $5.6 million. The Palm Springs home was featured by Look magazine in 1962 as the “House of Tomorrow.”

Unlike the boxy-shaped homes of the era, its curvilinear floor plan and futuristic features such as an indoor kitchen grill, central vacuuming system, and wall-mounted radios made the home stand out from its competitors. Looking a bit like our concept of a flying saucer back in the day, the home was recommended to Elvis by his manager, Colonel Tom Parker, near Parker’s own home in Palm Springs.

Elvis had met his future wife, Priscilla Wagner, in Bad Nauheim, Germany in 1959 during his service in the Army, the daughter of an Army officer and his wife. Although she was only 14, Elvis couldn’t get Priscilla out of his mind and their budding relationship turned into a marriage proposal just before Christmas in 1966.

Elvis leased the House of Tomorrow as both their wedding location and honeymoon house, according to TopTenRealEstateNews.com. But once the press caught wind of the wedding, they snuck out the back and flew to Las Vegas for a quickie wedding at the Aladdin Hotel on May 1, 1967. The lovebirds flew back to Palm Springs and spent four days at the House of Tomorrow before Elvis had to go back to work filming a movie. Lisa Marie Presley was born exactly nine months later. Elvis and Priscilla lived at the home for about one year.

Built in a neighborhood of mid-century homes constructed by the Alexander Construction Company in the late 1950s and early ‘60s, the 4,695-square-foot home is built on a grade and is cantilevered, offering excellent privacy for the main living areas. The design by architect William Krisel was built with four circular living areas on three levels with a curved wall of stonework. The home has four bedrooms and five bathrooms along with a spacious rounded interior that helps to give it a space-age vibe.

A favorite mid-century feature is the center-of-the-room fireplace with chimney suspended from the ceiling, sunken entertainment area, and walls of glass with mountain views. Outside is a private garden with palms and rock accents and a partly shaded swimming pool and lush lawn for lounging and outdoor barbecues. The home has recently undergone a two-year renovation.