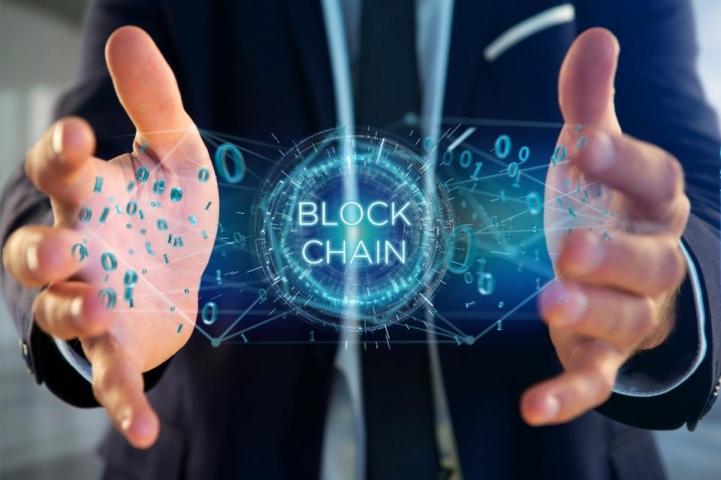 What’s a blockchain? And why do I need to put money in there?

Trying to figure out what the blockchain is or how it works is like the olden days of the internet when college students were asking: what’s a modem? What’s this Mosaic thing? And why do I need it to do my homework?

In other words, blockchain, and all that it will become is not just for venture capitalists hunting for the next big start-up. This is not a fad.

The learning curve for investors is steep.

Does a blockchain platform need cryptocurrency? No. Is blockchain something that’s on the internet? Yes (what isn’t?). Is it like one big QuickBooks? Maybe.

“Twenty years ago you couldn’t really define the internet either. Now you think you can because you can’t live your daily life without it,” says Matt Markiewicz, managing director of Innovation Shares in New York. “That’s going to be the same with blockchain technology. But trying to boil it down in layman’s terms and explain what sectors will benefit is really tough. We are all still figuring this out.”

As an investment story, some of the most well-known companies in the world are hopping on the blockchain bandwagon and trying to monetize it. Investors who want to make money on blockchain, need to invest in the companies that are both earning revenues from it today and building the systems that might make for a new revenue stream in the future. It’s a combination of long-term bets and very short-term ones, too.

Markiewicz, an iShares alumn from their capital markets team, left BlackRock in May 2015 and helped create Innovation Shares last summer.  This week, Innovation Shares launched what would become one of three new blockchain funds brought to the market in a roughly 10-day stretch.

“Blockchain buzz in the financial press helps feed the appetite to invest in companies with exposure to it,” Markiewicz says. “We are trying build the best solution to invest in blockchain.”

From a pure sentiment standpoint, everyone wants a piece of this blockchain thing. It goes without saying that the ETF world would follow the trend. The biggest disruptor to the managed investment industry is going after what is arguably the biggest disruptor in technology since the 1990s.

The Innovation Shares NextGen Protocol (KOIN) fund was seeded with $2.5 million and launched on Tuesday. The fund is up half a percent, hardly what most investors have come to expect from anything associated with the word “blockchain.”  Blockchain is so closely considered bitcoin’s cousin, that anything less than a 50% week is a disappointment.

In October, the addition of the word “blockchain” to the name of U.K. tech firm On-Line PLC translated into a 394% gain in one day. Kodak saw a 200+% jump from Jan. 9 to 10 after announcing its foray into blockchain and crypto.

Amplify ETFs and Reality Shares went from the same $2.5 million in seed funding to $40 million almost overnight. Both have over $120 million in assets under management in less than two trading weeks.

Such is the power, and the hype, of blockchain.

The new ETFs make it easier for retail investors to benefit from this new technology, without having to go the venture capital route or invest in highly risky initial coin offerings of companies that are not necessarily pure play blockchain firms.

IBM, the Chinese and “Kodak Coin”

Earlier this month, Kodak announced the Kodak coin — a blockchain-based service and accompanying cryptocurrency allowing for photographers to store their photos and license their photos directly off their blockchain. They would be able to track the use of the images and track payment on those images.

Digital photo warehouses already exist online, and photographers are paid accordingly through a middleman. But this Kodak service was something new. And it came with a token, a crypto coin that would allow for discounts for using its service. The stock price doubled on the news.

“Examples of companies getting involved in blockchain are propping up all the time,” says Christian Magoon, CEO of Amplify ETFs. The Amplify Transformational Data Sharing (BLOK) fund launched Jan. 17.

IBM is working on a food safety blockchain pilot program with Walmart, Chinese e-commerce company JD.com and the Tsinghua University in China. Recent testing by Walmart showed that the IBM blockchain reduced the time it took to trace a package of rotten mangoes from the source farm to the store in two seconds. It normally takes a week.

“Some other companies will roll it out in China. IBM hopes to show there is value in this,” Magoon says. BLOK owns IBM. “They hope to do it as a private blockchain that IBMers administer. Think of it as a business like cloud computing company Salesforce, where you get a tool similar to their customer relationship management (CRM) program and IBM can say, ‘Hey, subscribe to our blockchain for better food safety,'” he says. “There will be money in that.”

Will Kodak be a winner in this? IBM? Intel? What about Overstock? Remember when they used to sell overstocked goods like furniture on the internet? They still do, but now they’re a blockchain company and are building a cryptocurrency exchange. The stock is up 316% in the last 12 months as a result of the strategy shift.

“Overstock is probably getting 80% of its revenue and earnings from blockchain today,” says Eric Ervin, co-founder and CEO of Reality Shares and a Forbes contributor. “The old Overstsock company has nothing to do with the gains they’ve made lately. It’s all about the blockchain.”

Who would have known that Overstock was a blockchain play? NVIDIA Corporation is as well. They make the semiconductors that help power the Bitcoin miners. For those who are not in-the-know, a Bitcoin miner looks a lot like those old tower CPUs from your home PC. They are simply computers that are used to process Bitcoin transactions.

These three ETFs promise to find companies with bonafide ties to the blockchain. They have different approaches, but they are all hooked on the theme.

Innovation Shares is a quant model based on a natural language processing algorithm that picks the stocks. Reality Shares is passive. Amplify is actively managed.

“When we looked at how much these stocks moved, we didn’t feel like we could buy and hold for six months,” says Magoon. “Active management might be a riskier move, but we are going for it. The portfolio changes daily. There have been three or four changes already. If something goes south, we aren’t waiting to rebalance an index, we’re getting out quick.”

Each of the three ETFs holds Intel. KOIN and BLOK both own Taiwan Semiconductors and NVIDIA because they are a play off cryptocurrency mining. The Reality Shares Nasdaq NextGen Economy (BLCN) ETF has more top 10 holdings in common with Amplify, owning HIVE Blockchain Technologies, Japanese investment bank SBI, IBM and Overstock.

KOIN has around 11% in Asia. Reality Shares doubles down at 29%, mainly because of Japan.

Neither funds call themselves stock pickers, per se, though Reality Shares would be the stand-out.

Investors looking to choose one ETF over the other are making a call on the approach, not the companies in the fund.

“I love that Innovation Shares is doing machine learning and AI to find their holdings,” says Magoon. “Maybe they have a Ferrari there. I don’t know. We are of the mind that you have to take advantage of the momentum and scale up on the position fast. Flexibility is key. We have 45% of our portfolio in the top 10 names. But we can do that because we have a manager watching those names and can get out if we need to. We are not just buying sector leaders on the S&P,” he says. “We are trying to buy some blockchain horse power.”

Innovation Shares is tracking companies and putting them in a proprietary index called the Blockchain Innovators Index. Most companies are from the U.S. China is No. 2, with an 11% weighting. For them, these ETFs are thematic ETFs. It’s not easy to create a product based on themes because Wall Street analysts divide companies by sector. IBM is not a blockchain company. It’s an IT company.

“We use machine learning to pluck keywords out of a search tool to find companies with ties to blockchain and use sentiment based analysis to look at companies, see if they can be considered part of the theme. I think the market misses some,” Markiewicz says.

Companies that are picked by the algorithm are categorized as cryptocurrency payment operators, bitcoin mining companies, solution providers and early adopters. They are then screened for a sentiment score to see how strong the relationship is to the theme.

“China is huge in blockchain right now,” he says. Reality Shares is looking to build an index of A-Shares and H-Shares working on blockchain and cryptocurrency technologies. “I think you can find about 30 Chinese companies that would make the index,” Ervin says. “China is where all the cryptocurrency mining is happening. A lot of the underlying technology that goes into that is being made in China,” he says.

Two years ago, the PureFunds CyberSecurity ETF (HACK) hit $1 billion in assets under management seven months after its launch. It was the first time a newcomer brought in that much capital from investors so quickly. It took 32 days to bring in $100 million.

In less than two weeks, two blockchain ETFs brought in over $100 million each. It’s impressive. If the trend is their friend, these three ETFs will hit a billion dollars this year. Maybe one of them will be the lucky owner of a $1 billion blockchain fund.

“Coinbase will do a billion dollars in revenue this year,” says Ervin about the blockchain companied famous for powering one of the best-known cryptocurrency exchanges. “They have more customers than Schwab…and there is zero chance that they have more employees than Schwab,” he says, hinting to the type of change blockchain will bring to the financial sector in the years ahead.