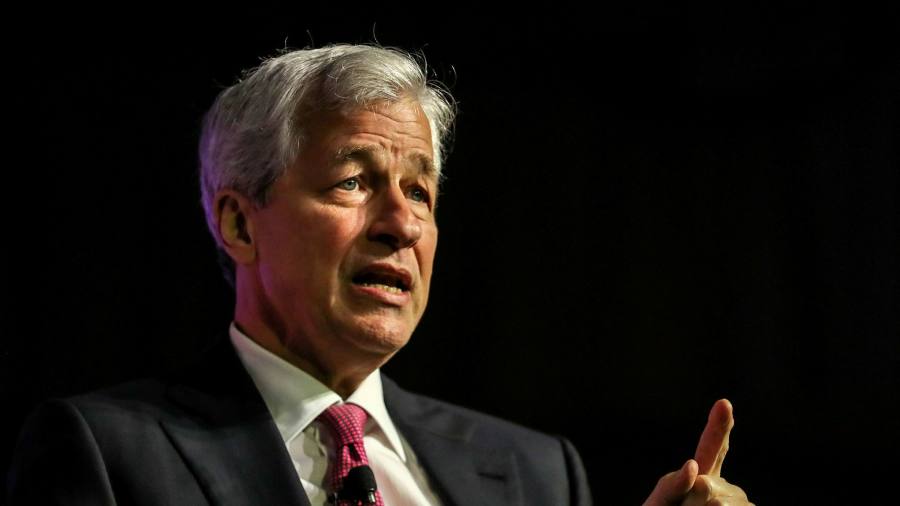 JPMorgan Chase has released almost $3bn it had reserved for loan losses at the height of the pandemic, contributing to a 42 per cent surge in net income for the biggest US bank in the final three months of 2020 versus a year earlier.

“While we reported record profits of $12.1bn, we do not consider the reserve takedown of $2.9bn to represent core or recurring profits,” the bank’s chief executive Jamie Dimon said on Friday morning, referring to the release of reserves for loan losses made earlier in the year.

Mr Dimon, typically the most conservative risk manager on Wall Street, said the decision to release the reserves was driven in part by “positive vaccine and stimulus developments”.

The bank still has more than $30bn in its war chest for potential loan losses, which reflects “significant near-term economic uncertainty and will allow us to withstand an economic environment far worse than the current base forecasts by most economists”, he added.

Analysts in a Bloomberg poll expected quarterly net profits of around $9bn from JPMorgan, which kicked off the US banks earnings season. The bank’s fourth-quarter revenue of $29.2bn was up 3 per cent year on year and better than the $28.6bn forecast.

The $2.9bn released from the loan-loss reserves was offset by $1.1bn in charge-offs for actual defaults, leaving the bank with a net benefit of $1.9bn.

JPMorgan took more than $11bn of credit charges in the first nine months of the year. The bank and its peers have set aside massive provisions for loans whose borrowers might be pushed into default by the pandemic. New accounting standards also pushed up loan loss charges.

Mr Dimon said the calculations on reserves, “while done extremely diligently and carefully, now involve multiple, multiyear hypothetical probability-adjusted scenarios, which may or may not occur and which can be expected to introduce quarterly volatility in our reserves”.

JPMorgan’s total trading revenue grew 20 per cent year on year to $5.9bn, while investment banking revenue was up 53 per cent to $971m amid a dealmaking and fundraising boom. Net interest income was down 7 per cent, reflecting lower lending margins.

JPMorgan’s board authorised a $30bn buyback programme after the Federal Reserve in December gave it approval to do so. Mr Dimon said the bank had ended the year with more than $200bn in capital, “providing us with meaningful capacity to further invest in our business and communities, while returning capital to our shareholders”.

“This was a strong quarter but the outlook is mitigated by . . . a pull forward of the reserve release,” said Mike Mayo, analyst at Wells Fargo, adding that the earnings “sets up a good buyback” given the ceiling on banks’ buy back is based on their recent earnings.

Shares in JPMorgan rose around 1 per cent in early pre-market trading.