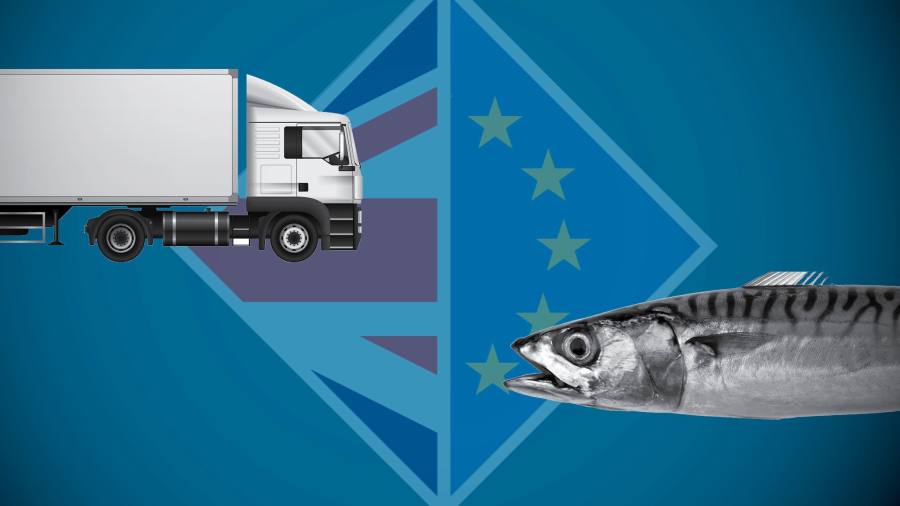 The future relationship deal close to being struck between the UK and the EU would bring far-reaching changes, as both sides are forced to adapt to the end of Britain’s 30-year membership of the European single market.

The trade agreement between London and Brussels is expected to offer UK and EU companies preferential access to each other’s markets, compared with basic World Trade Organization rules — ensuring imported goods will be free of tariffs and quotas.

But economic relations between the UK and the EU from January 1, when the deal would take effect, would be on more restricted terms than they are now.

A trade agreement along the lines of the one being negotiated between the two sides will leave Britain facing a 4 per cent loss of potential gross domestic product over 15 years compared with EU membership, according to the UK’s Office for Budget Responsibility. Failure to secure an agreement would have led to lost potential GDP of almost 6 per cent, the fiscal watchdog estimated.

Below are some of the benefits conferred by the mooted UK-EU future relationship deal, which also includes security co-operation — and the important areas in which Britain’s links with the bloc will fall short of existing arrangements.

The EU and UK’s starting point for the future relationship talks was that they should lead to a deal with no tariffs on trade in goods between the two sides. They also wanted no quantitative restrictions on the volume of goods that could be sold free of tariffs.

That was negotiated, meaning the deal was set to go beyond what the bloc has done with any other advanced economy outside of the European single market.

But the expected agreement is still a very different state of affairs to membership of the EU single market and customs union.

Once implemented, from January 1, a hard customs and regulatory border will exist between the EU and the UK, and goods will face checks and controls that can only be smoothed at the margins by co-operation.

The EU’s offer on tariff-free trade was contingent on the UK agreeing to uphold a “level playing field” on fair business competition in areas such as environmental standards and labour rights.

Brussels has also been keen to ensure the UK does not have unfettered scope to disburse state aid to prized industries, giving them a competitive advantage.

This issue of the level playing field was one of the most vexing strands of the talks, and the likely outcome aims to ensure that the two sides’ companies will engage in fair competition.

But, crucially for the UK, it will not be required to follow EU rules directly or be subject to the jurisdiction of the European Court of Justice.

Being outside the European single market has other regulatory consequences for Britain. For example, UK businesses will no longer be able to assume that product authorisations from British watchdogs will allow their goods to be placed on the European market.

The mooted deal creates a five-and-a-half-year transition period during which EU fishing boats will have guaranteed access to UK waters.

EU quotas in UK waters will decline compared with their current level, although the bloc will retain significant fishing rights.

EU boats at present catch about €650m a year of fish in UK waters, but this is set to fall by perhaps as much as 25 per cent with the knock-on effect of boosting how much British boats can catch.

For the EU, the outlined agreement would mean its boats have guaranteed access to UK waters during the transition. Once the period is over, access will in principle depend on annual negotiations between both sides. Those talks will also determine the overall quantities of different species that can be caught.

For the UK, the deal is set to enshrine the principle that Britain is now outside the EU’s common fisheries policy: an independent coastal state with sovereignty over its waters.

The City of London will exit the EU’s single market for financial services at the end of the Brexit transition period on December 31.

Both sides have said that the new market access arrangements for UK and EU financial services companies should be based on unilateral decisions by Britain and the bloc.

These so-called equivalence decisions involve each side evaluating whether the other’s financial services regulations are as tough as its own.

Banks and traders have acknowledged that the proposed system is more piecemeal than existing arrangements, and less stable.

Current British and EU expatriates have their rights safeguarded by the UK’s 2019 withdrawal agreement with the bloc, but big changes to migration arrangements take effect from January 1.

Britons will no longer have the benefit of European freedom of movement: the right to go to any EU member state and seek to work and live there on the same basis as the country’s own citizens.

Instead, Britons will rely on a visa-waiver programme to travel to the EU for short stays, and on member states’ national rules for the right to work.

Ending free movement for EU nationals in the UK was identified by the British government as one of the benefits of Brexit, allowing the country to devise a new immigration system.

The EU and the UK have been at pains to emphasise the importance of continuing co-operation in the fight against terrorism and organised crime, although talks in this area were complicated by Britain’s determination to escape the jurisdiction of the ECJ.

But ahead of the breakthrough in the talks which have taken the two sides to the cusp of announcing a deal, EU chief negotiator Michel Barnier confirmed that they had found ways to maintain “close co-operation” on crucial matters including the work of the bloc’s crime-fighting agencies Europol and Eurojust, and the sharing of criminals’ DNA data.