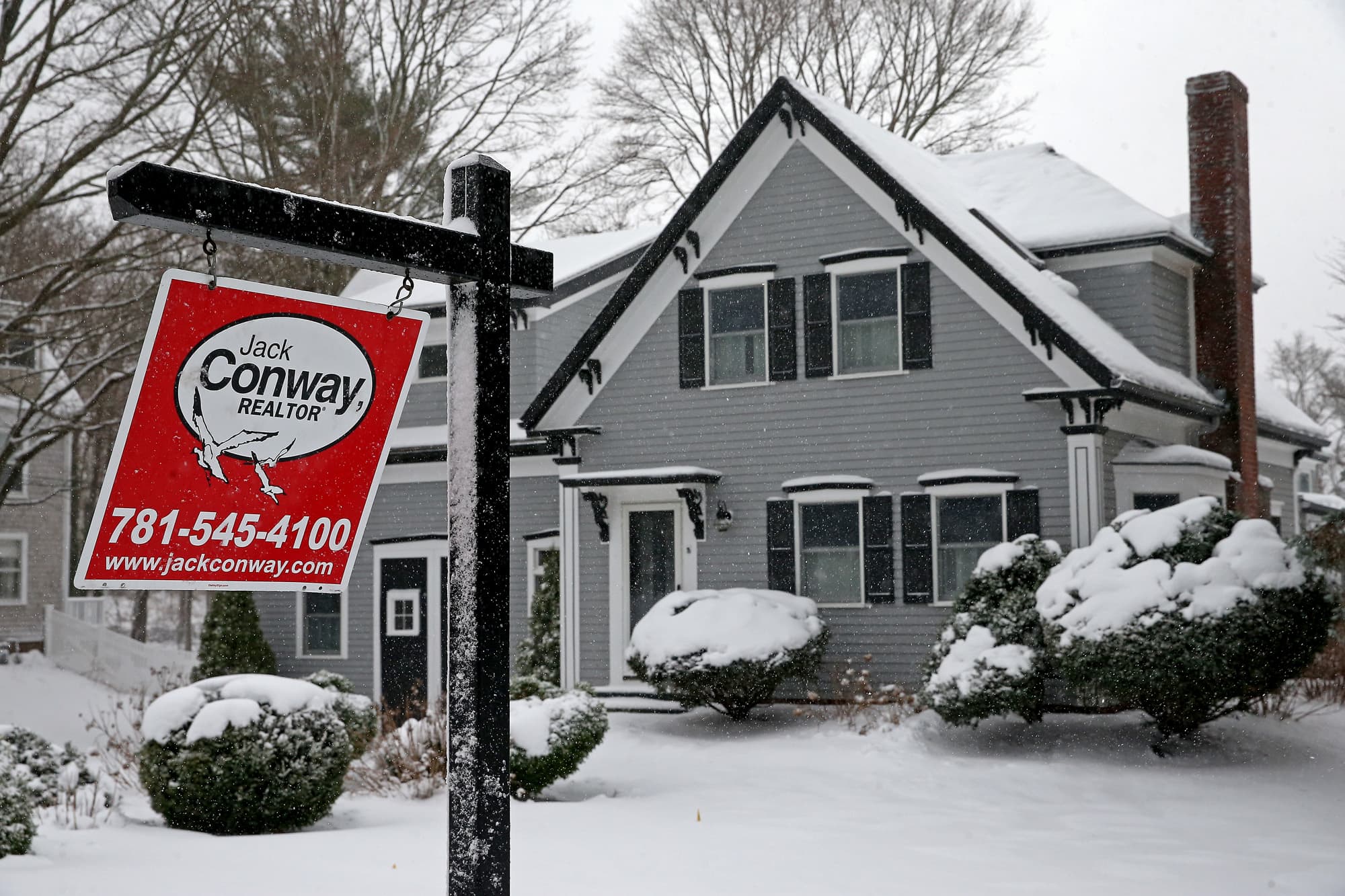 A house for sale on December 17, 2020 in Scituate, Massachusetts.

They fell 2.5% on a month-to-month basis to a seasonally adjusted annualized rate of 6.69 million units, according to the National Association of Realtors. Sales were a strong 25.8% higher year-over-year.

While demand for homes is still high, fueled in part by the stay-at-home culture of the coronavirus pandemic, supply is incredibly low. That is hurting both sales and affordability.

”This latest decline could be due to the fact that home prices are rising way fast. It could also be that job creation began to stall in the last couple of months, so consumer confidence was dented,” said Lawrence Yun, chief economist for the association. “No alarm or anything worrisome about the latest monthly decline.”

There were just 1.28 million homes available for sale at the end of November. That is down 22% from a year ago and represents a  2.3-month supply at the current sales pace. That is the lowest inventory count since the Realtors began tracking this metric in 1982. The number of new listings is actually up about 10% from November 2019, but demand is sucking up that supply quickly.

Homes sold at the fastest pace on record, spending just an average 21 days on the market. Last year, homes were selling in 38 days, which was also considered fast.

The growing imbalance between supply and demand kept home prices rising faster than what might be healthy for the market. The median price of an existing home sold in November was $310,800, a 14.6% increase compared with November 2019.

Low mortgage rates are helping fuel demand at every price point. The average rate on the 30-year fixed mortgage was slightly over 3% for much of October but then sank in November to the 2% range and hovered around record lows for most of the month. That gave buyers more purchasing power, but also added heat to already overheating home prices.

Sales of newly built homes in October, which are measured by signed contracts, were a striking 41.5% higher than October 2019, according to the U.S. Census. Builders have been benefitting from the shortage of existing homes for sale, but they are struggling to keep up with the demand.

Even though December marks the traditionally slower season in housing, foot traffic of buyers, as measured by real estate agent lock-boxes on the front door of homes for sale, was up 16% from a year ago.

The National Association of Realtors is now predicting total 2020 home sales to total about 5.7 million, the highest level in 14 years.

“Circumstances are far from being back to the pre-pandemic normal,” said Yun. “However, the latest stimulus package and with the vaccine distribution underway, and a very strong demand for homeownership still prevalent, robust growth is forthcoming for 2021.”