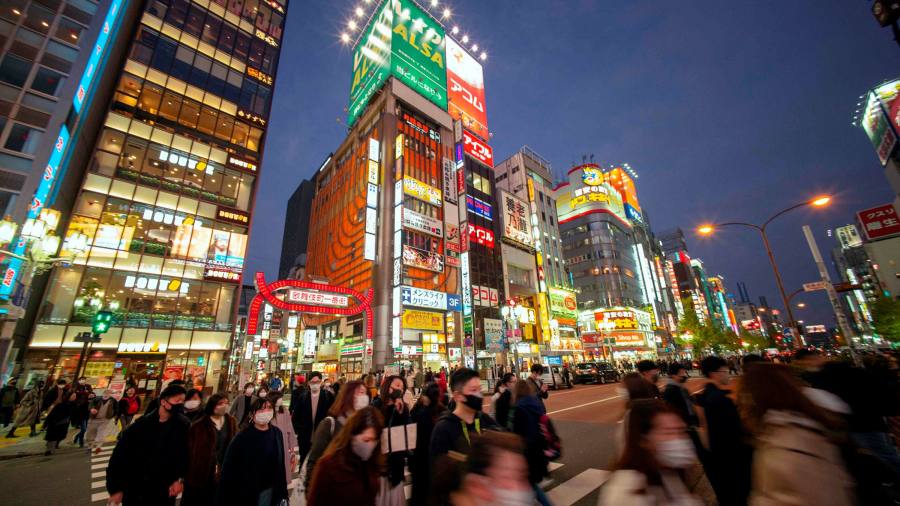 When the Tokyo market was focused on a dramatic tussle for the hotel and property group Unizo in mid-2019, Stephen Schwarzman placed calls to some of Japan’s most powerful and well-connected business leaders.

After years of observing glacial change, spectacular failures and deep-seated taboo around the subject, the founder of Blackstone had a question: If the deal rationale could be explained in full, was the country now ready for a foreign fund or private equity firm to mount an unsolicited bid for a listed Japanese company?

The answers came as a surprise. While no unsolicited bid for a large business by a company without an existing stake had ever succeeded in Japan, things were changing quickly. Even though a spate of hostile takeover attempts earlier that year involving Japanese bidders and targets had failed, they hinted at what might shortly be possible.

“Four years of escalating shareholder activism, the governance and stewardship codes and revisions to the merger and acquisition guidelines had weakened some of the resistances that had applied in the past,” said one of the people consulted by Blackstone. Even Japanese financial media, once outright negative about anything that could be labelled “hostile”, had begun to rethink its stance.

Although Blackstone decided against any move, M&A professionals say today the metamorphosis is clearer than ever.

Big Japanese companies — including trading house Itochu, travel company HIS and optical and laser products group Hoya — have mounted unsolicited bids for domestic businesses. In September, the hostile approach arrived as a tactic in Japan’s fragmented restaurant industry when Colowide succeeded in its takeover of Ootoya — a chain in which it already owned a substantial stake.

All of that has helped erode the long-running accusation that such moves were an “un-Japanese” preserve of foreign vultures. Bankers and lawyers say it could also eventually pave the way for more such bids from foreign funds and companies.

One deal — the $2bn, unsolicited takeover bid by the Nitori chain of homecentres for smaller rival Shimachu in October — has proven pivotal in changing perceptions. “The Shimachu situation is going to be a meaningful catalyst for change in the Japanese M&A market. People did not see this deal as an evil or hostile bid. Rather, it was seen as an unsolicited approach with a superior proposal,” said Kensaku Bessho, head of the M&A advisory group at Mitsubishi UFJ Morgan Stanley Securities.

Nitori’s bid was substantially higher than a previously agreed offer for Shimachu by DCM, another Japanese homestore operator. Under Japanese M&A guidelines introduced in 2019, Shimachu established a special committee to examine the new bid, concluded it was good for shareholders and opened discussions with Nitori. Shimachu ultimately recommended the higher offer.

The smooth progress of Nitori’s unsolicited bid, say advisers directly involved, suggests old prejudices have begun to evaporate. It has also prompted a recent surge in management buyouts of listed Japanese companies, analysts note, which owes as much to the fear of a hostile takeover as it does to the arrival of private equity funds ready to sponsor MBOs.

Mainstream investment banks, brokerages and law firms say that an unwritten policy against acting on behalf of hostile bidders has faded. Where previously such work would be avoided to preserve a good reputation with Japanese corporate clients, said the M&A heads at three global investment banks, there are now many instances where they would play an advisory role. In some cases, that may be in secret and behind non-disclosure agreements.

Three of Japan’s biggest law firms acknowledge that they are open to advising such clients, although they stress that decisions will be made carefully on a case-by-case basis.

“Until last year experts like lawyers, securities houses and bankers were really reluctant to co-operate on hostile bids,” said Yoshinobu Fujimoto, a partner at Japan’s biggest law firm, Nishimura & Asahi. “But that has changed because now you have very normal companies doing unsolicited or hostile takeovers.”

Lawyers at Mori Hamada & Matsumoto, another big legal outfit, also say they will not rule out advising a company on a hostile bid as long as “the case does not entail a reputational risk”.

Companies that engage in unsolicited bids are also no longer subject to heavy public criticism. That marks a big change from Steel Partners’ failed hostile takeover attempt of condiment maker Bull-Dog Sauce in 2007. The US activist fund was labelled as an abusive investor by the Tokyo High Court.

Japanese travel and hotel operator HIS launched an unsolicited bid for the hotel and property group Unizo. In response, Unizo sought an alternative deal with private equity, but that triggered a series of other hostile bids by overseas funds and other potential buyers. The process eventually ended in a buyout by Unizo employees backed by foreign private equity.

Colowide, which operates chains of drinking dens known as izikaya, succeeded in a hostile takeover of its struggling rival Ootoya. Before the July bid, Colowide held a 19.2 per cent stake in its competitor. The two companies’ management were at odds over the style and price of the menus, with Ootoya arguing that Colowide’s intervention would “clearly lower” the quality of its food.

Discount furniture shop Nitori succeeded in a $2bn bid for DIY chain Shimachu after an offer that was significantly higher than a previously agreed bid by another rival, DCM. While Nitori’s bid was initially unsolicited, Shimachu’s board eventually recommended its offer. The deal represents the first success in Japan for a strategy where the buyer holds no stake in the target before making its unsolicited approach.

“Previously, large listed firms refrained from carrying out unsolicited bids due to reputational concerns. But now it seems there is less of an allergic reaction and more companies are considering it as an option if they can propose a reasonable price,” said Kazuaki Tobioka, M&A lawyer at Anderson Mori & Tomotsune.

One consideration at Mr Tobioka’s law firm, which has recently advised hostile bidders, is whether the client is willing to hold talks with a target company to reach an agreement after making an unsolicited approach.

Concerns over reputational risk for bankers and lawyers, say those involved, were crystallised almost 15 years ago when Tokyo-based Oji Paper mounted a hostile bid for Hokuetsu Paper Mills — a deal that came with a compelling growth strategy and advantages for shareholders in the latter.

Nomura, acting as adviser to Oji on what the bank believed would be a landmark victory for shareholder interests over Japanese tradition, miscalculated. The bid, which was pilloried in Japanese media, was scuppered by so-called “poison pill” defence strategies. Regional banks used their holdings to protect Hokuetsu rather than seek a higher return, rival paper makers bought stakes in the target at a loss, and the target engaged in a hugely dilutive issuance of new shares. Those moves came with the tacit assent of the Japanese business establishment, but those involved say they would today conflict with the country’s governance and stewardship codes.

Bankers say such reforms have made it easier to judge whether a takeover attempt will succeed. Japanese companies that receive a hostile bid must now form a special committee of non-executive directors to assess whether the board should accept the offer or not. 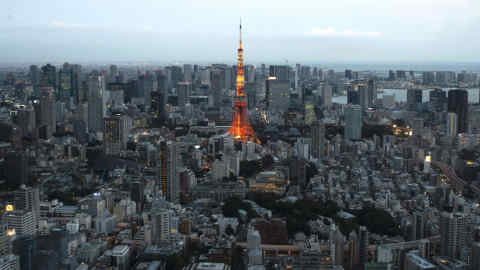 Still, Japan’s approach to hostile bids remains cautious and sensitive, with many investment banks wary of publicly stating their policy on the matter. Daiwa Securities, which advised both Nitori and Hoya in their unsolicited bids and which people close to the bank say has been involved in other such deals, declined to comment.

The bankers and lawyers that support such actions often believe they can ultimately turn an unsolicited bid into a friendly one. The pool of large, respectable listed companies considered acceptable enough to carry out hostile bids is also small. In most cases, bankers would not risk losing their more frequent and lucrative business opportunities in overseas M&A or equity and bond issuances by siding with another client on a hostile approach.

Kunihiro Mita, chief executive of brokerage Mita Securities, which has made its name advising hostile bids in recent years, thinks the bigger turning point for Japan will come when well-known, listed companies begin launching unsolicited approaches for companies that were not already openly up for sale.

“The question is who opens the Pandora’s box first,” Mr Mita said. “In the cases of both Hoya and Nitori, the target companies had already received [a friendly] offer from elsewhere. Big companies can launch bids when the targets are already on sale, but it’s still difficult for them to take the first move on a company that is not yet up for sale.”