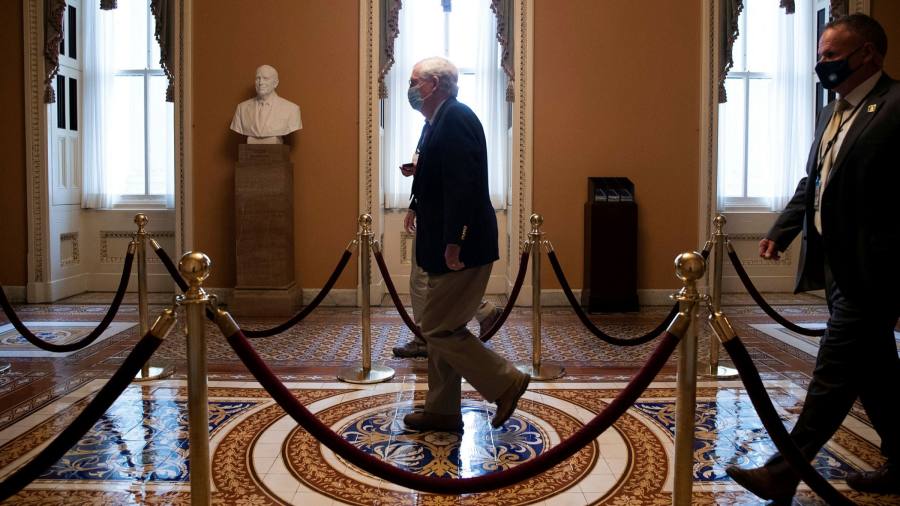 US lawmakers have reached a deal on a nearly $900bn economic stimulus package that includes more relief for small businesses and direct payments to American families suffering in the coronavirus pandemic.

“We can finally report what our nation has needed to hear for a very long time. More help is on the way,” Mitch McConnell, the Republican Senate majority leader, said on Sunday evening.

The package agreed with Nancy Pelosi, the Democratic Speaker of the House, and Chuck Schumer, the Senate’s top Democrat, would be one of the largest economic relief bills in US history, second only to the $2.2tn Cares Act in March of this year. 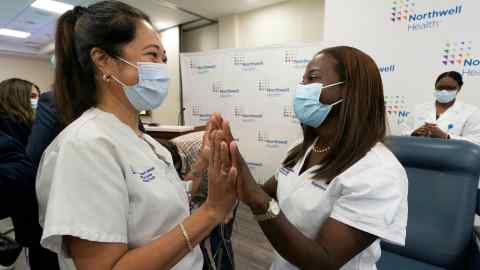 Mr McConnell said the deal was “packed with targeted policies that help struggling Americans who have already waited entirely too long”, including an extension of the Paycheck Protection Program for small businesses and more money to aid distribution of Covid-19 vaccines. The Federal Drug Administration on Friday authorised the use of Moderna’s jab, making it the second inoculation, after the Pfizer vaccine, to be approved for use in the US.

The Senate majority leader also said the package would “renew and extend” federal unemployment benefits for the millions of Americans who have lost their jobs in the pandemic, and include “another round of direct impact payments”. The Cares Act had included means-tested payments of up to $1,200 per American adult, though it is understood that the latest package will provide cheques of up to $600.

Mr McConnell announced the deal just hours before a midnight deadline for striking a compromise and averting a government shutdown.

Congressional leaders had insisted throughout last week that a deal was close. But negotiators hit a stumbling block on Thursday after Pat Toomey, the Republican senator from Pennsylvania, sought to insert language into the legislation that would prevent the Federal Reserve from reviving emergency credit facilities due to expire at the end of the year. A bipartisan agreement on that issue was struck late on Saturday after hours of intense negotiations.

The deal still needs be approved by the full Democrat-controlled House of Representatives and the Republican-held Senate before being sent to the White House for Donald Trump’s signature.

Earlier on Sunday, Mr Schumer said any deal reached before the end of the year would “not be the final word on congressional Covid-relief”. Joe Biden, the Democratic president-elect, has said passing additional economic stimulus would be a top priority for his administration.

“When this chamber gavels back in 2021, we must pick up immediately where we left off,” Mr Schumer said.