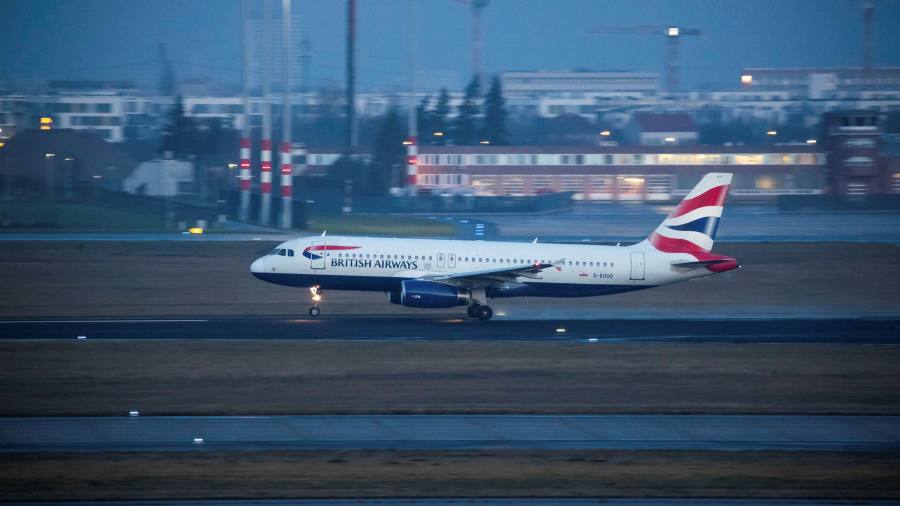 Travel companies led a European stock market sell-off and the oil price tumbled after a new strain of coronavirus sweeping through parts of Britain sparked fears over further lockdowns across the continent.

The region-wide Stoxx 600 fell 3.1 per cent, heading for its biggest daily drop since early April, while London’s FTSE 100 fell 2.7 per cent.

Futures markets signalled that, on Wall Street, the S&P 500 would drop about 2 per cent after the New York opening bell.

On Saturday, UK prime minister Boris Johnson unveiled the tightest social restrictions since the March lockdown for more than 16m people in south-east England, including London. He also warned that a new mutation of Covid-19 was up to 70 per cent more transmissible.

The pound dropped 2.3 per cent to $1.32, leaving it on track for the biggest single-day tumble since the market turmoil in March as the UK government grappled with travel bans while Brussels and Westminster officials neared the latest deadline in post-Brexit trade talks. Against the euro, the pound fell 1.4 per cent to €1.08.

At least 10 European countries responded on Sunday by banning travel from the UK while France also temporarily halted inbound freight transport via the English channel.

“Investors fear the new strain is already in continental Europe and it is just a matter of time before we see fresh measures in Europe to contain it,” said Emiel van den Heiligenberg, head of asset allocation at Legal & General Investment Management. “We should assume it has spread to the US as well.”

But Gregory Perdon, co-chief investment officer at private bank Arbuthnot Latham, added that market moves could be more pronounced on Monday than they normally would have been because of thin trading volumes in the run-up to Christmas.

“There’s always a sense of caution about trading around Christmas as there’s concern over whether markets can accommodate normal order flows,” he said. “And all of us are trying to wind down.”

Brent crude fell 4.7 per cent to $49.79 a barrel. The international benchmark had climbed above $50 this month for the first time since coronavirus swept into Europe in the spring, boosted by optimism about coronavirus vaccines.

Shares in European banks, which are considered sensitive to economic fluctuations, also took a hit. Société Générale and Lloyds were both down 5 per cent, with Barclays and ABN Amro down 4 per cent.

The dollar and the price of US government debt rose as investors retreated into assets considered as havens from market sell-offs. An index tracking the dollar against a basket of six peer currencies rose 0.9 per cent. 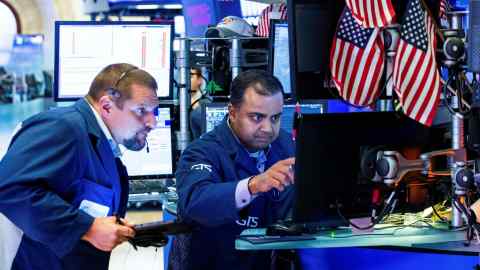 An agreement by US lawmakers on a near $900bn economic stimulus package that includes more relief for small businesses and direct payments to American families suffering in the coronavirus pandemic failed to brighten market sentiment. Traders had already priced-in Washington stimulus in recent weeks, analysts said.