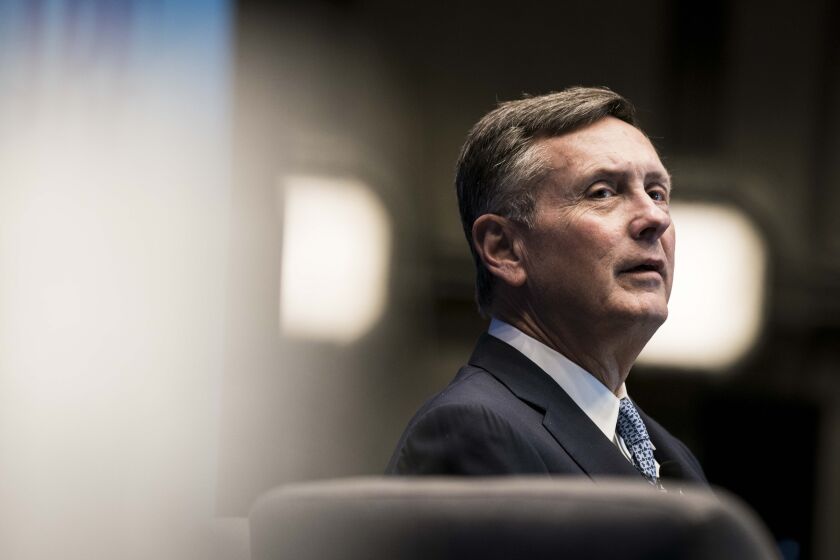 Federal Reserve Vice Chairman Richard Clarida, voicing optimism on the economic outlook thanks to coronavirus vaccines, said the U.S. will likely avoid slipping back into recession as growth rebounds next year.

“I don’t think we will have a double dip,” Clarida said Friday in an interview on CNBC. “We’ve said we could have a rough couple of months in the data but on the other side of this of course we’ve gotten very, very positive news on multiple vaccines.”

Fed officials earlier this week forecast their benchmark lending rate would be held around zero for at least the next three years. They also revised up their economic growth forecast for next year to 4.2% from 4% and lowered their unemployment forecast to 5% from 5.5%.

Policy makers also said they would continue asset purchases at a monthly pace of at least $120 billion “until substantial further progress” had been made on their full employment and inflation goals.

Clarida was reluctant to define what the Fed means by that change to the guidance around its asset purchases.

“The recovery so far has been robust” he said. “There is a way to go, and so substantial progress obviously will come into view as we get closer, but that is a ways away.”

As virus cases surge across the U.S. and new restrictions are imposed, the recovery risks slowing further at a time when more than 10 million are unemployed. Congress is negotiating on a relief package. Senate Majority Mitch McConnell said Friday he was optimistic that a “major rescue package is very close at hand,” though work could continue through the weekend.

Fed officials have repeatedly urged lawmakers to act and Clarida did so again.

“Both monetary and fiscal policy have a role to play,” said Clarida. “Additional fiscal support is called for. It would certainly be very welcome, and especially with the pickup in cases and hospitalizations and the attendant dampening in activity that you might expect.”