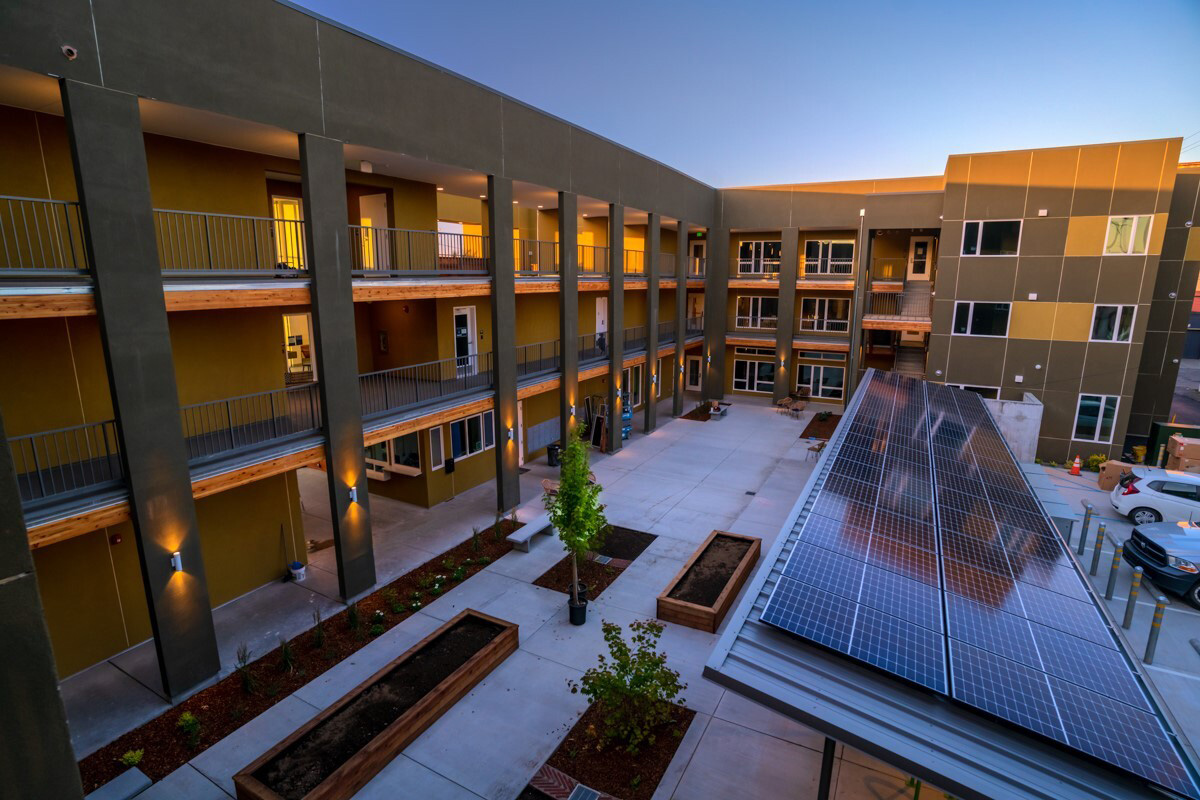 The California Health Facilities Financing Authority won The Bond Buyer’s 19th annual Deal of the Year award for its $500 million issuance to benefit the California Department of Housing and Community Development.

This was the inaugural issuance under the “No Place Like Home” program, the municipal market’s first large bonding program created to invest in homeless housing infrastructure and secured directly by taxes on high-income residents. The legislation gives the state $2 billion in bond authority backed by revenues from a 1% tax on personal income over $1 million approved by voters in 2004 to fund programs for mentally ill people. The bond proceeds can be used by cities and counties to develop permanent supportive housing.

“This year, our editorial board has selected a deal that truly meets all of our criteria,” said Mike Scarchilli, Editor in Chief of The Bond Buyer at the Dec. 16 virtual event. “It’s a complex deal that required creative solution making to pull off. It introduced a new, innovative credit and a replicable financing model. It attracted broad interest domestically and internationally. And though it wasn’t brought to market in response to the pandemic, the significant social problem it addresses has been exacerbated since this deal’s pricing.”

The Bond Buyer’s editorial board considered a range of factors when judging entries, including: creativity, the ability to pull a complex transaction together under challenging conditions, the ability to serve as a model for other financings, and the public purpose for which a deal’s proceeds were used.

The program had to overcome a legal challenge that suggested the revenue stream wasn’t intended to fund housing, but rather other programs to help people who are suffering from mental illness. The state won the legal battle, validated the bond program and priced $500 million in taxable senior revenue bonds Nov. 19, 2019.

The program combines a long-established tax and a novel service contract mechanism to create a strong, high-grade credit.

The virtual ceremony also included the presentation of the Freda Johnson Awards for Trailblazing Women in Public Finance. This year’s honorees were California Treasurer Fiona Ma and Suzanne Mayes of Cozen O’Connor.

The other Deal of the Year finalists were:

The Buckeye Tobacco Settlement Financing Authority’s $5.53 billion offering of tobacco settlement asset-backed refunding bonds is the winner in the Midwest region. Not only the largest deal of 2020 but arguably also the most complex, the refinancing avoided an expected near-term default, and the $3.8 billion 2055 maturity is among the most actively traded bonds in the high-yield market.

The Cities of Dallas and Fort Worth and DFW International Airport’s $2.045 billion sale of joint revenue refunding bonds is the winner in the Southwest. In coming to market with three separate refinancings in a 16-day period, DFW became the first major airport to issue bonds during the COVID-19 pandemic, opening the market for other major airports.

In the Northeast, the winner is the Power Authority of the State of New York’s $1.23 billion issuance of tax-exempt and taxable revenue bonds. The deal included $791.6 million of green bonds, the authority’s first such issuance, representing the largest public power green bond transaction of all time.

The winner in the Southeast region is the city of Tampa, Florida’s $362.8 million issuance of water and wastewater systems revenue and refunding revenue bonds. At the time of the sale, it was the largest bond sale in Florida completed since the start of the pandemic, and was the year’s largest Southeast water and wastewater financing by par amount.

The Health Care winner is the $1.16 billion Bon Secours Mercy Health financing, which helped pave the way for the reopening of the capital markets for not-for-profit health systems amid the pandemic. Other issuers involved in the deal included Allen County, Ohio, the South Carolina Jobs-Economic Development Authority, and the Virginia Small Business Financing Authority.

The Ford Foundation’s $1 billion issuance of taxable social bonds is the winner in the ESG/Green financing category. The transaction represented the first-ever social bond offering by a United States nonprofit foundation in the taxable corporate bond market and led the way for numerous other nonprofit foundations to follow suit.

The Small Issuer honoree is the recently formed Idawy Solid Waste District, a union of three Idaho counties and one in Wyoming, for its $22.36 million issuance of tax-exempt and taxable revenue bonds. This is the first financing of this type in Idaho and is the first time a county from another state has joined with Idaho counties to pursue a joint project.

The Connecticut Green Bank’s $16.8 million issuance of “Green Liberty Bonds” is this year’s Innovative Financing winner. Modeled after the Series-E War Bonds of the 1940s, this new sub-category of green bonds is sold in maximum denominations of $1,000, making them accessible to everyday citizens and retail investors.