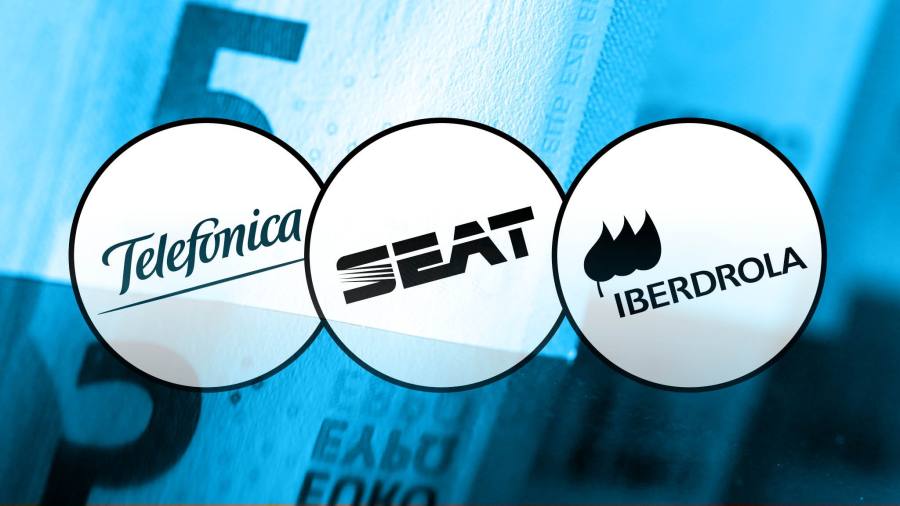 Spanish blue-chips including Telefónica, Iberdrola and Seat are positioning themselves for tens of billions of euros in EU coronavirus aid they hope will transform their industries and benefit their bottom lines.

Spain expects to receive some €140bn from the €750bn EU coronavirus recovery fund, which leaders approved last week, making Madrid one of the biggest beneficiaries of the programme, along with countries such as Croatia, Bulgaria, Greece, Portugal and Romania.

Spanish companies have been drawing up proposals for projects co-financed by the aid, which will prioritise clean energy and digitalisation, in anticipation of a once-in-a generation transfer of resources. However as companies across Europe explore the potential benefits of the huge injection of public funds, some officials are warning against excessive optimism about the aid’s effectiveness.

According to draft Spanish government legislation on the management of the new funds, the industry ministry will compile a registry of interested groups that will have preferential consideration for carrying out projects, receiving subsidies or forming part of consortiums. The EU recovery funds are scheduled to be disbursed between 2021 and 2026 and divided roughly equally between grants and loans.

Telefónica, one of the groups that is seeking inclusion in the government list, has proposed that EU funds be used to help make Spain the first country in the bloc with 100 per cent fibreoptic coverage — by 2025 and at the cost of around €4bn. Current coverage is 75 per cent. The operator says the aid could also help roll out a standalone 5G network covering 85 per cent of the country by the same time.

“Spain could become the digital ‘Heathrow of Europe’, the destination for the cables that come to Europe from the US, Latin America, from Asia, wherever,” José María Álvarez-Pallete, Telefónica chairman and chief executive, told the FT. “We can offer an ecosystem for Nokia, Huawei, Ericsson, Samsung and the tens of others that could come.”

Iberdrola, the renewable energy group, would also like to be included in the government registry for managing the EU funds.

The €71bn company suggests aid be used to quicken the country’s push to drive down carbon emissions by investing in electricity storage, “clean hydrogen”, the replacement of domestic gas burning boilers and the installation of electric car charging points on the country’s motorway network — the most extensive in the EU.

“This is a magnificent opportunity to transform our productive model into a more sustainable and competitive one,” Ignacio Galán, chairman and chief executive, told the FT.

While emphasising that his multinational group has already promised to invest €75bn over the next five years, Mr Galán argued that some green priorities still needed aid to become more economically viable, and that incentives would accelerate the electrification of energy-intensive industries.

He added that public funds would allow Iberdrola to complete a €1.8bn project to use hydrogen to make fertiliser “much before” its current 2027 target date, as well as to accelerate another project to manufacture large-scale equipment to extract hydrogen from water.

“These are concrete projects that will need public support to be carried out,” he said.

Seat, the wholly owned Volkswagen subsidiary, has also called for EU co-financing of projects to roll out electric charging points and provide the infrastructure for fully wired factories.

“This is a unique chance for Spain,” said Josep Maria Recasens, Seat’s director of strategy. “We have to make a bold effort to identify the sectors with the best prospects . . . so they can be transformed through the intelligent use of these funds.”

Prime minister Pedro Sánchez’s government wants to begin EU-funded projects as soon as possible to overcome what it expects to be a contraction in GDP of more than 11 per cent this year.

But she warned that previous national and EU plans had “crowded out” private investment by providing incentives for projects that would have been carried out in any case. She also argued that in areas such as digitalisation and training, Spain lagged other European economies “by so much that we cannot hope that the EU plan alone will be enough”.

Nevertheless, the government is hoping that the public-private collaboration will create a big multiplier effect.

“According to analysts, each euro of public money invested could bring another four euros [from private investment],” María Jesús Montero, Spain’s budget minister, told the FT in an interview. “That’s the ratio that is expected from this investment.”

Ms Montero argued that universal access to high-speed internet would encourage companies to locate operations throughout the country. “If we are able to take broadband to 100 per cent of our national territory, the possibilities are almost endless,” she said.

She also emphasised that modernising Spain’s large cohort of small and medium-sized enterprises was a huge priority for the recovery fund. But this was also likely to involve bigger groups.

For example, Telefónica says its retail outlets could be used to help give training for SMEs to move procedures and services online — and suggests its experience of running a large-scale “reskilling programme” could help identify the training deficit for the Spanish population as a whole.

But Ms Herrero of the Independent Authority for Fiscal Responsibility said that the government’s plans to attract “co-investors” from the private sector were a departure from “traditional procedures in which the government designs projects and companies carry them out”.

As a result, she said, it was all the more important to provide sober evaluations of risk and likely demand, and to ensure projects were assessed by an independent agency.

“Experience shows that we have to be prudent and avoid an excess of optimism,” she said. “We have to learn from the errors of the past.”