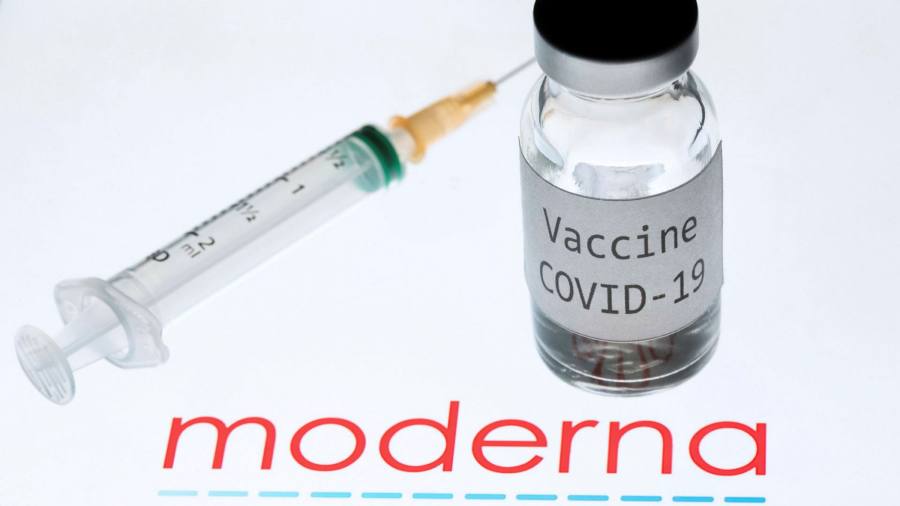 The US regulator has found Moderna’s coronavirus vaccine to be safe and “highly effective”, clearing the way for a second jab to receive emergency use authorisation later this week.

The US Food and Drug Administration report on Moderna’s vaccine trials on Tuesday suggested that immunity starts about 10 days after the first of two injections, much like the one made by Pfizer and BioNTech, which received emergency use authorisation last week.

A second approval could significantly expand access to Covid-19 vaccines in the US, where the pandemic has now killed more than 300,000 people, according to Johns Hopkins University data. While the US government has been offering to help Pfizer expand manufacturing capacity, it secured another pre-order for 100m Moderna vaccines last week, bringing its total to 200m.

The FDA report said: “The two-dose vaccination regimen was highly effective in preventing PCR-confirmed Covid-19 occurring at least 14 days after receipt of the second dose.”

Moderna’s vaccine may also be the first to show some impact on asymptomatic infections, according to a document submitted by the company after its original application. According to the company, just 14 people who received the vaccine during a clinical trial tested positive for Covid-19 but did not show symptoms, compared with 38 participants who only received a placebo.

So far, all the vaccines have focused on stopping people developing Covid-19 disease. But if the vaccine can also stop the initial infection, it could help control the spread from person to person. People who get infected can spread the virus before they show symptoms — and about 30 to 40 per cent never show symptoms at all.

The report will now be examined by an outside panel of experts, who will give a recommendation on Thursday on whether to approve the vaccine on an emergency basis for people aged 18 and older. The FDA will give its final decision after that.

Moderna’s vaccine is based on the same messenger ribonucleic acid, or mRNA, technology as the Pfizer/BioNTech vaccine. A genetic code to the virus’ spike protein is delivered into the body in a bubble of fat, to teach the immune system to respond to the virus. The FDA scientists said there were no specific safety concerns that should prevent an EUA. But they said there is not enough evidence for how the vaccine works in under-18s and pregnant and breastfeeding women, who were not included in the trials.

The most common side effects for the Moderna vaccine were pain at the injection site, fatigue and headache. There were no cases of allergic reactions, as has been seen in two participants in the Pfizer vaccination programme in the UK.

There were also cases of potential side effects that were similar to that seen in Pfizer’s data.

Three vaccinated participants experienced Bell’s palsy, a weakness of muscles in the face, compared with one in the placebo group. One of the cases was considered serious, as a woman had to be hospitalised for a stroke due to new facial paralysis 32 days after vaccination, although that is now resolving. The scientists cannot draw a causal link between the vaccine and the condition.

This Week’s Hidden Gems: (RDNT)(HLTH)
Are Tesla Shares Worth a Look Post-Split?
7 Steps to Getting Started in the Stock Market & Investing in Your First Stock!
Top Stock Picks for the Week of Apr 2, 2018
Ep 72: Applying Fibonacci Retracements to Stock Charts