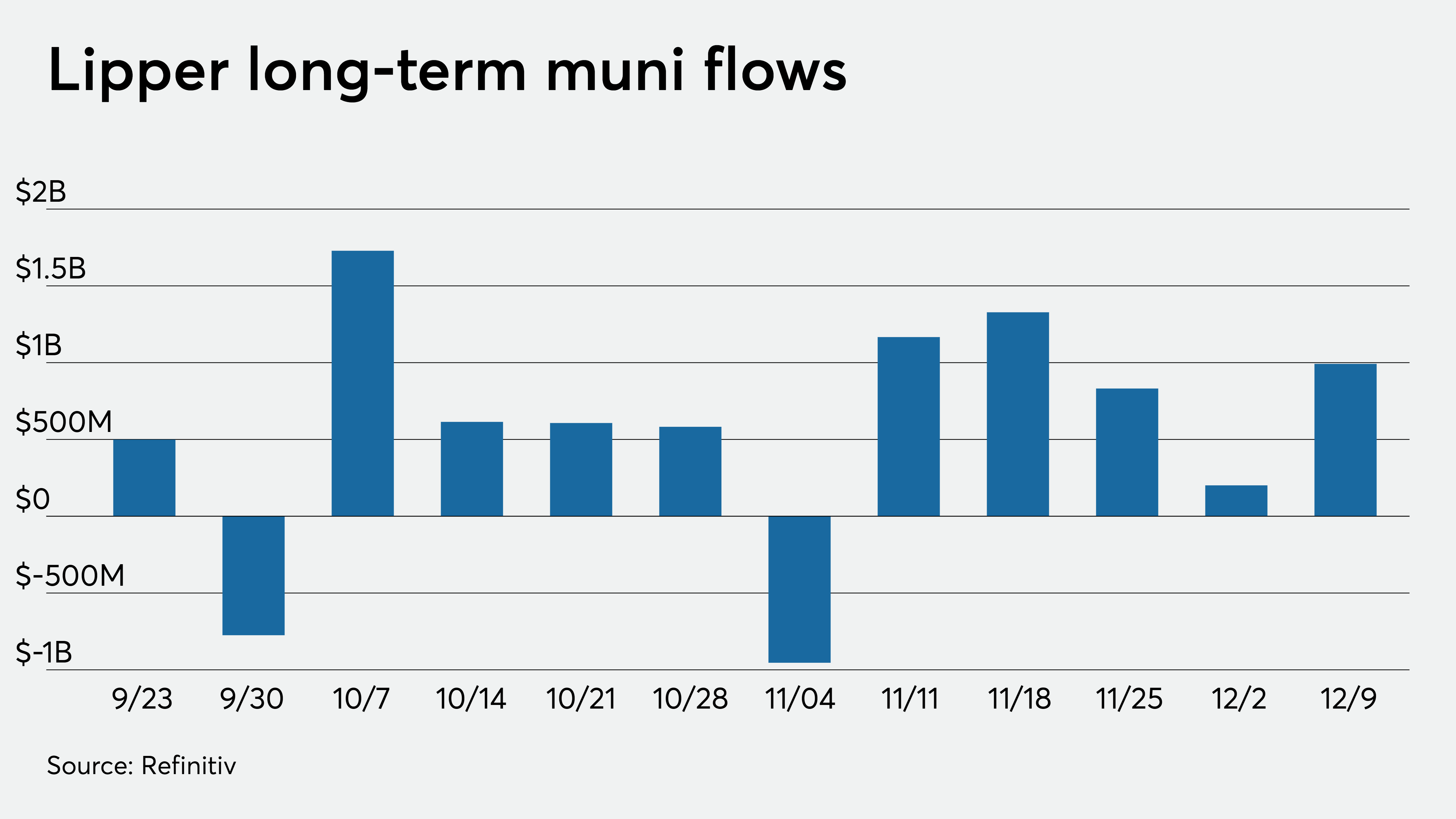 Municipal bonds firmed by one to two basis points on Friday, only the second time this month that triple-A benchmarks moved in any direction, as lower-than-usual December supply has kept municipal rates historically low.

Triple-A benchmarks have only moved three basis points in total since the beginning of the month.

Of an estimated $20 billion of scheduled redemptions over the next 30 days, about $12 billion is expected to price as new issues, which creates the typical January effect of low supply/high demand that came a month early in December.

More than a few participants are waiting on yields to rise before getting involved, particularly given the currently rich muni/treasury ratios and low absolute yields.

That said, Greg Saulnier, managing analyst at Refinitiv MMD noted several participants “also admit that they do not see a short-term rise in yields coming prior to year-end because the typical weeks of $10 billion to $12 billion-plus issuance that we are accustomed to seeing in the early weeks of December are just not materializing.

“Couple that with roughly $4.5 billion in muni fund inflows over the past five weeks and the ongoing stalemate over fiscal stimulus in Washington and you have the recipe for a very firm bid-side into the New Year,” Saulnier said.

New York City, coming on the heels of a downgrade from Fitch Ratings and placement on negative watch from S&P Global Ratings, will test the market with $1.5 billion of taxable general obligation bonds Wednesday.

High-grade paper is simply not available and most of the new issues this week were single-A, BBB and nonrated credits like the Puerto Rico Aqueduct and Sewer Authority and Florida’s Brightline deal, which priced to yield 7.75% with a 7.375% coupon in 2049.

New York Metropolitan Transportation Authority sold $2.9 billion to the Fed’s Municipal Liquidity Facility and Illinois will tap the MLF for $2 billion in three-year bonds the week of Dec. 14, getting in before the Dec. 31 expiration of the program.

Year-end posturing
The municipal market’s posture on Friday was steady, and is expected to continue that way through year-end, as demand and inflows remain strong, according to Dan Heckman, senior fixed income strategist at U.S. Bank Wealth Management.

“Today has been a repeat of the last several weeks,” he said. “We see tremendous demand and the market is strong.”

Heckman said the reasons for the strength include the anticipated reopening of COVID-impacted businesses and services, which will help municipalities from a revenue standpoint, as well as the anticipation of higher tax rates in 2021.

“Outside of those states with more severe shutdown orders, most of the tax revenues are coming in higher than expected, and municipalities have been more aggressive about cutting expenses, unfortunately at the cost of people losing their jobs,” Heckman said.

At the same time, municipals have uncharacteristically outperforming Treasuries over the past 30 days as the short end remains rich and the long end is unchanged.

“On the long end rates have increased, but that has had zero impact on longer-term municipals,” Heckman explained. “Pricing levels on muni bonds in the secondary market are thin and are expensive from our view.”

“We have been focused on new issues, but this week we have elected to back off from the market because the levels are, we think, getting a little too far ahead of themselves,” Heckman added.

He predicted that muni outperformance will continue as long as the fear of higher taxes exists. “If that [fear] goes away, then munis could be susceptible to some profit-taking,” he said. 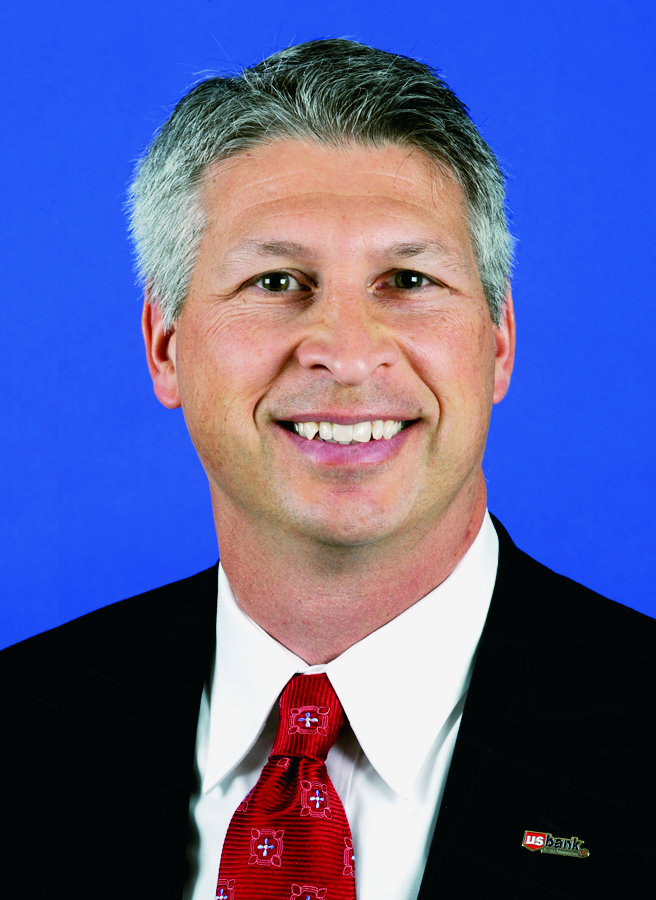 Despite the duration and interest rate risk on the long end, Heckman said he is comfortable buying new issues in the 10-year area and beyond since the 10-year Treasury note is still not yielding equivalent to the longer term municipal yield.

“Until that dynamic changes, we view longer end as most attractive,” he said.

“The short end is extremely, extremely expensive and we have been avoiding that for some time,” Heckman said.

Next week will be the last full week of market activity before the holiday season kicks in, according to Heckman, who said he expects the climate to remain steady. “If it could get stronger that would be surprising,” he said. “After next week there will be little to no new issue supply and investors will continue to scramble to invest cash,” he added.

“People are not only worn out over COVID, but cash balances earning nothing,” he continued. “So, there will be a mad scramble to get cash levels down.”

Looking forward, he said there could be some weakness going into the first quarter. “If the elections in Georgia went in the way of a split government, significantly higher tax rates move off the table for a little while, which makes the tax-exempt yield equivalency not as attractive,” Heckman said.

The State of Connecticut (A1/A/A+/AA-) is set to price $800 million of general obligation bonds on Tuesday. The serials mature from 2022-2041, led by Jefferies. 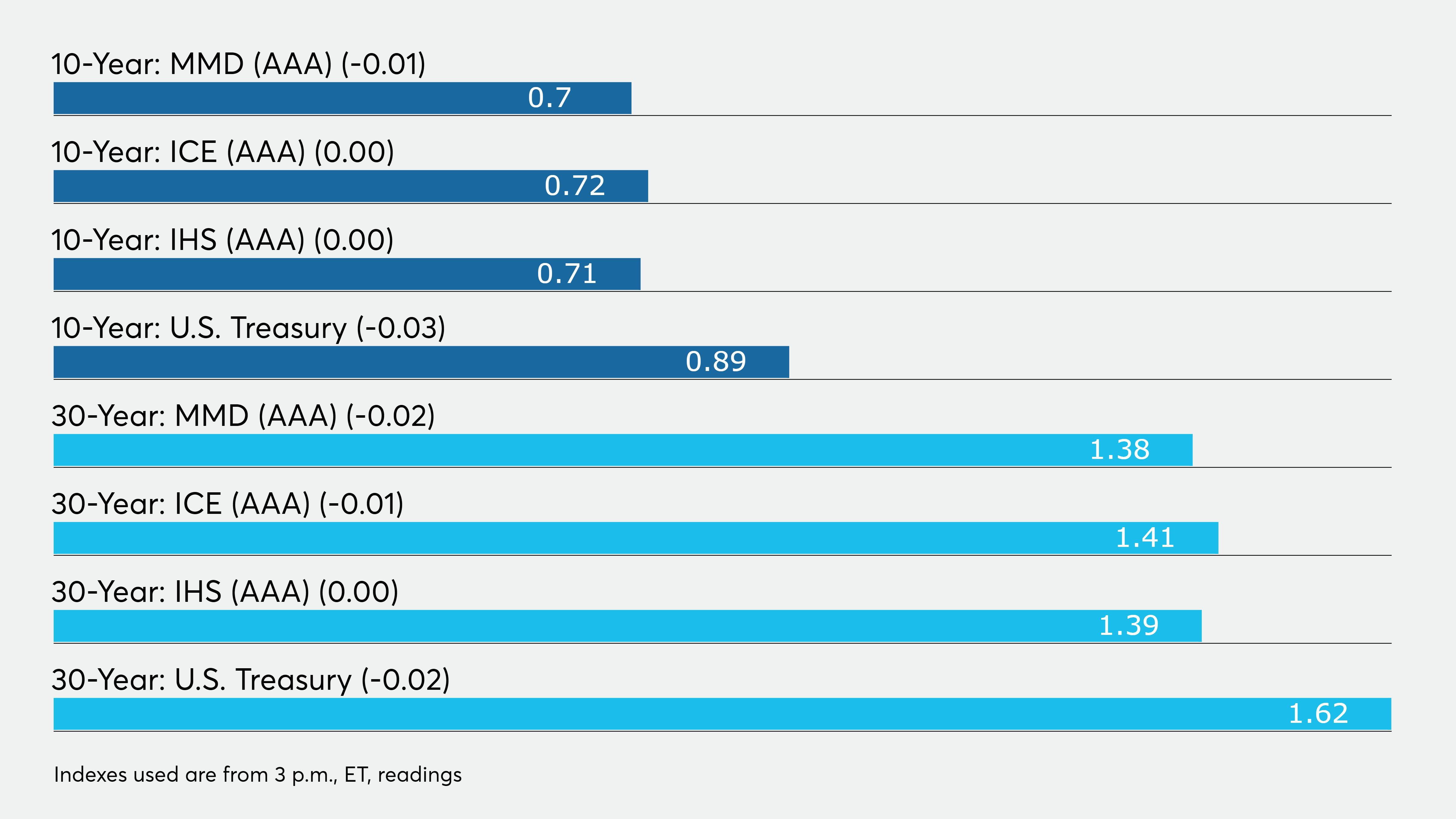 Bond Buyer indexes mostly unchanged
The weekly average yield to maturity of the Bond Buyer Municipal Bond Index, which is based on 40 long-term bond prices, slipped two basis points to 3.48% from 3.50% in the previous week.

The Bond Buyer’s 20-bond GO Index of 20-year general obligation yields was unchanged from 2.13% from the prior week.