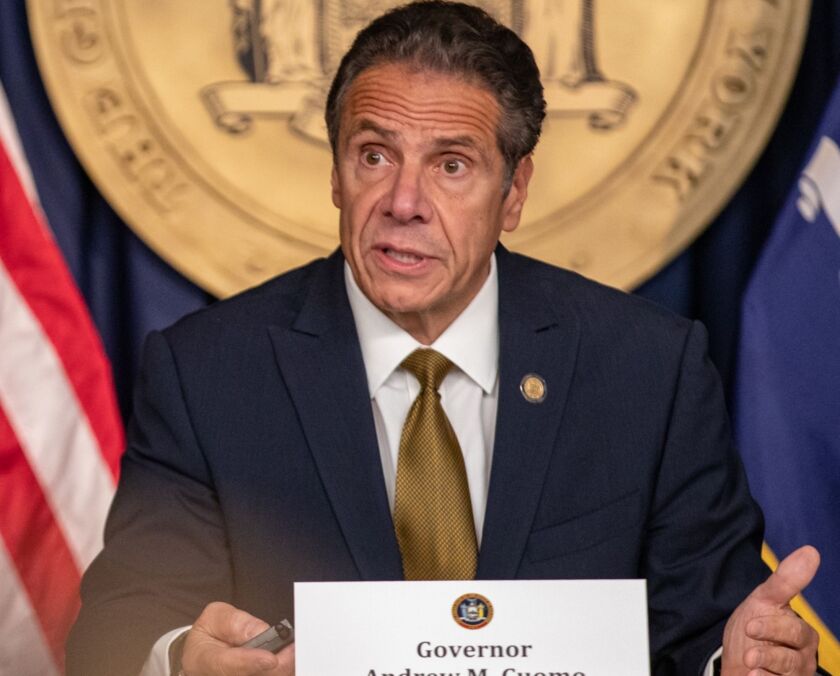 New York State’s looming budget gaps driven by coronavirus-related revenue losses have put it at risk for another credit downgrade.

The negative outlook from S&P came on the heels of the state receiving its first credit downgrade in 17 years on Oct. 1 when Moody’s Investors Service lowered its GOs one notch to Aa2 from Aa1 with a stable outlook citing its inaction in addressing budget shortfalls. Prior to that, the state’s last downgrade, from S&P, occurred in 1990.

“The negative outlook on the GO debt reflects our view of heightened risks to the state’s ability to maintain structural budgetary balance and effectuate planned budget reductions over the current and subsequent fiscal years,” S&P credit analyst Timothy Little wrote.

While S&P views New York’s current fiscal plan as “reasonably achievable” for maintaining balance, Little said, potential pitfalls include uncertainty about receiving necessary federal aid and contagion risk due to the state’s ties with the financially stressed Metropolitan Transportation Authority. The negative outlook also reflects concerns that the COVID-19 pandemic could further weaken the state’s economy until a vaccine is widely available, he added.

The New York State Division of Budget has projected a $30 billion of revenue shortfalls through fiscal 2022 due to COVID-19 with the gap rising to $62 billion over a four-year period. The state reduced a previously estimated $14.5 billion revenue shortfall for the current fiscal year to about $8 billion, largely through $4 billion of spending cuts stemming from a hiring freeze and suspending pay raises.

Howard Cure, director of municipal bond research at Evercore Wealth Management, said if Congress fails to enact a new stimulus package for state and local governments by early 2021, New York may be forced to pursue proposed wealth taxes proposed by progressive lawmakers in Albany to balance its budget. Cuomo has opposed revenue raiser proposals, such as hiking income taxes on millionaires, but Cure noted he will have less power to stop it because Democrats picked up enough seats in the State Senate for a veto-proof majority. Democrats already held a super majority in the State Assembly.

“I think they will look at the tax increases very closely and with the change in the Senate with a super majority it will be taken more seriously,” Cure said. “They seem very hesitant to make cuts to big spending items like education and Medicaid.”

Cure added, New York’s fiscal challenges are compounded by having relatively low reserves given the size of its budget, with just a $2.5 billion rainy day fund. He also noted that New York’s current fiscal year ends March 31, giving it less time than other states to formulate a budget around unknowns surrounding the virus and federal aid.