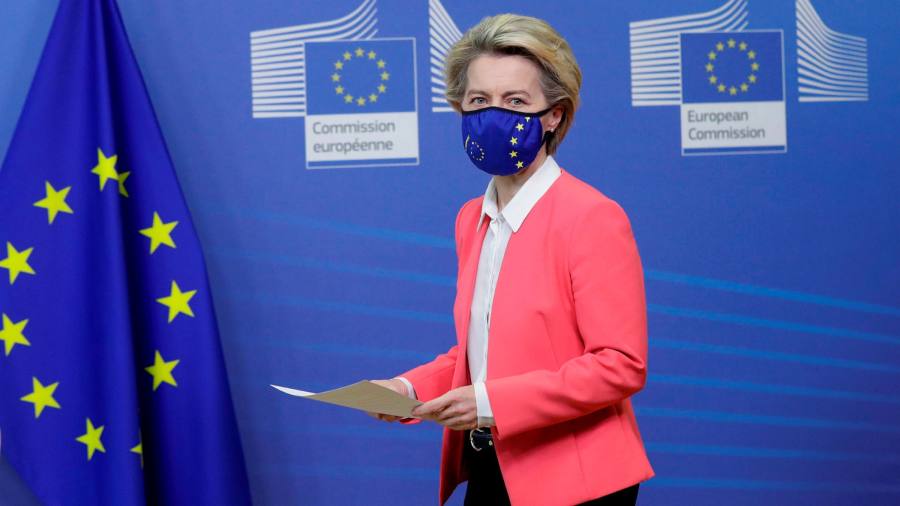 Hopes were rising in London and Brussels on Sunday that a post-Brexit trade deal can be rescued, but there were warnings that the EU and UK remained “far apart” on key issues and that talks could go to the wire.

Boris Johnson, UK prime minister, and Ursula von der Leyen, European Commission president, agreed in a “constructive” call on Sunday to “go the extra mile” in search of a deal, as both sides reported progress in the talks.

But no deadline was set for the conclusion of negotiations, with British officials admitting that they could drag on until Christmas. A deal must be in place before Britain’s transition deal ends on January 1.

“We have time on our side to ratify — we can go up until Christmas,” said one senior British official. EU diplomats confirmed that talks would not be “wrapped up in a day or two” as the high-wire brinkmanship continued.

British MPs have been put on notice to be ready in the week before Christmas to pass the necessary legislation to enact a deal, while the European Parliament is also ready for an emergency sitting.

The decision to continue with talks beyond Sunday’s “deadline” came as both sides explored ways of cracking the main sticking point: designing a system to satisfy EU demands for fair business competition. 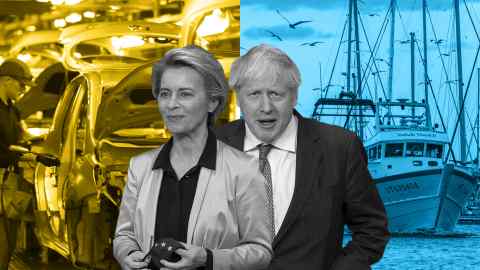 Boris Johnson told broadcasters that both sides remained “far apart” on key issues — thought to refer to the so-called level playing field and to fisheries — but there was relief in London that the EU position was shifting.

Dominic Raab, UK foreign secretary, said on Sunday before the decision to extend the talks that the EU would have to cross “quite a high bar” by showing it was willing to compromise to make it worthwhile.

Mr Raab also hinted on the BBC’s Andrew Marr programme that lawyers could pour fudge over a final agreement and that there could be “creative contours in the drafting” to help a deal over the line.

EU officials acknowledged that there had been progress in the talks, with one describing “incremental progress on all fronts”, although Mr Johnson warned that no-deal was still “the most likely” outcome.

Michel Barnier, EU chief negotiator, will brief EU27 ambassadors and MEPs on the state of play on Monday. Talks with David Frost, his UK counterpart, will continue in Brussels on Monday.

People briefed on the negotiations said the two sides were inching forward in their discussions on how to design a mechanism that would preserve a “level playing field” between the two sides’ companies even as EU and UK rules in areas such as environmental law potentially diverge over the years to come.

Brussels has pushed the idea of a system that would allow either side to request consultations and ultimately introduce tariffs if it was concerned its companies were being put at a competitive disadvantage.

The UK rejected previous iterations of the idea as an affront to sovereignty, but over the weekend modifications were discussed in a bid to address its concerns. The talks have covered issues such as a role for arbitration and the criteria for establishing when there is economic harm.

“They wanted to set the bar far too low,” said one British official.

Last week Boris Johnson said there was “a strong possibility” the talks would fail, with briefings that the Royal Navy was on standby to stop EU boats operating in British waters in the event of no deal.

Mr Johnson and Ms von der Leyen held an uncomfortable meeting in Brussels last week, fuelling the sense of impending failure, but on Sunday the mood between the two was said by EU officials to have been “cordial”.

Officials briefed on the recent negotiations between Mr Barnier and Lord Frost say progress has been made on the level playing field but that difficulties remain on the question of fisheries access.

Mr Johnson said on Sunday he would have liked to talk directly to EU leaders — including French president Emmanuel Macron and Angela Merkel, the German chancellor — but he had been instructed that Ms von der Leyen was negotiating for all 27 member states.