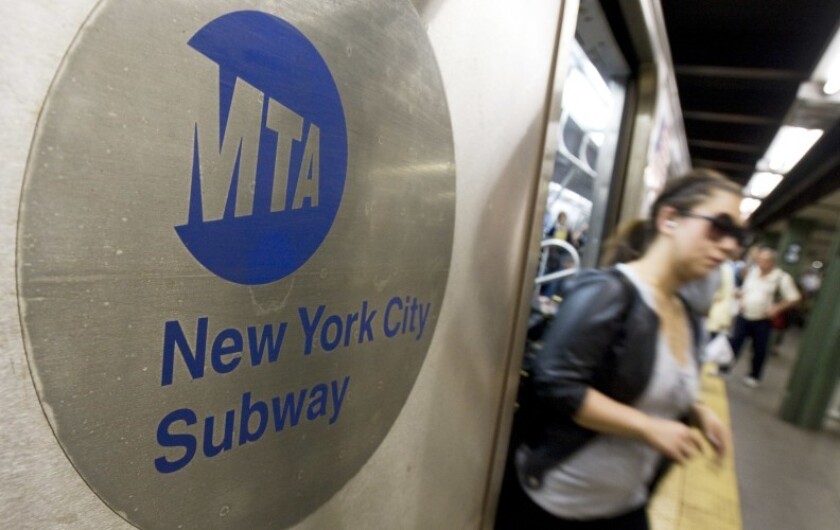 Pinned into a corner from the economic effects of COVID-19, New York’s Metropolitan Transportation Authority on Thursday borrowed its remaining $2.9 billion available from the Federal Reserve’s short-term borrowing program.

That program, the Municipal Liquidity Facility, will expire Dec. 31. Congress had enacted the $500 billion program as part of the CARES Act in March, when the pandemic escalated.

MTA spokesman Aaron Donovan confirmed the authority sold payroll mobility tax bond-anticipation notes with a 1.33% coupon for those maturing in 2023.

Only the MTA and Illinois, the lowest-rated state, has tapped into the program. In August the MTA refinanced about $450 million of maturing bond anticipation notes. High penalties have deterred many municipal issuers from using the Fed’s facility and many participants have called it a last-resort option for only the most cash-crunched issuers.

Illinois intends to issue $2 billion in the next week before the program expires.

According to the MTA’s November financial plan, the $2.9 billion MLF loan will result in an operating balance of $1.785 billion at the end of 2020 that it will carry over to reduce the 2021 deficit.

The state-run authority, which operates mass transit in the New York City region, has been reeling from emergency restrictions designed to counter the coronavirus. It is one of the largest municipal issuers with roughly $46 billion of debt.

Ridership on its subways, buses and commuter rail over the past nine months has dropped about 75%, while toll revenue on the interborough bridges it operates has also dropped sharply.

MTA officials say they are losing $200 million weekly and have asked the federal government for $12 billion of direct aid. Transit systems nationwide are seeking $32 billion.

In addition, rollbacks of the state’s and city’s reopening could further impede ridership totals.

“Fixing mass transit is difficult,” Ravitch, now a director with think tank Volcker Alliance, said Thursday on a webcast sponsored by the alliance and the Penn Institute for Urban Research. “There is no alternative to massive amounts of federal money.”

Transit advocates have been proposing alternative revenue sources for the MTA. State Assemblyman Robert Carroll, D-Brooklyn, is proposing a “box tax” on deliveries by companies such as Amazon.

The MTA’s board is scheduled on Wednesday to vote on a series of proposed doomsday service cuts and layoffs of up to 9,500 employees — roughly 14% of its workforce — along with its $16.1 billion operating budget.

Roughly half the MTA’s operating revenue comes from the farebox.

MTA officials have projected a five-year budget gap of up to $16 billion. The advocacy group Reinvent Albany said worst-case scenarios regarding the pandemic could stretch the gap to $24 billion.

The MTA has again engaged consulting firm McKinsey & Co. to review the economic realities. Its latest findings may be available for Wednesday’s board meeting.

McKinsey is providing revised ridership projections based on such factors as remote work, changes in nonwork activity and travel, the epidemiology of the virus, any progress toward a widely distributed vaccine and the likelihood of achieving “herd immunity.”