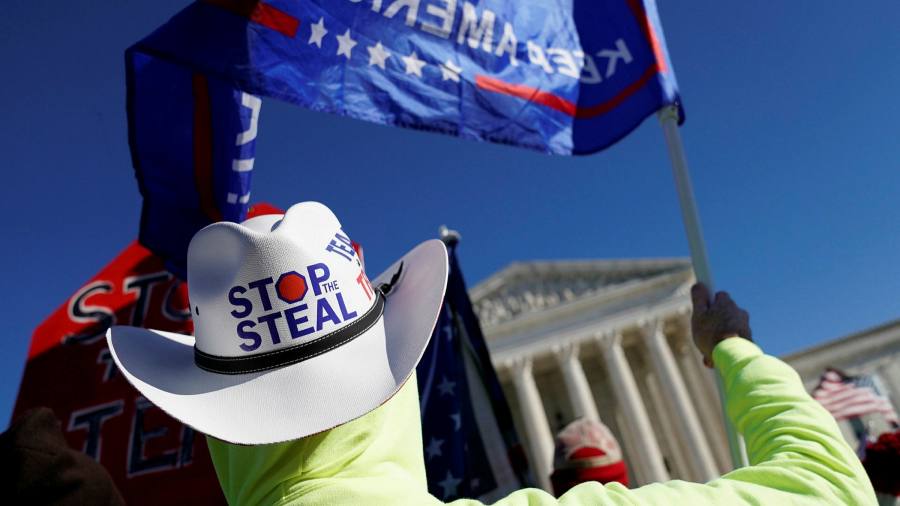 The US Supreme Court has rejected a request by Pennsylvania Republicans to undo the certification of Joe Biden’s victory in the state, signalling a dead-end to Donald Trump’s efforts to overturn the election through litigation.

The decision by the court came in an unsigned single sentence order on Tuesday stating simply that the request was “denied”. There were no noted dissents from any of the justices on the court, including from any of Mr Trump’s three appointees.

The blow came on the same day that the US electoral process reached the “safe harbour” date, which Congress has set as an effective deadline for election disputes in any given state. All but one state has certified the results, giving Mr Biden a clear victory.

Mr Trump has sought to overturn and undermine the results with a barrage of lawsuits, almost all of which have been dismissed by state and federal courts. Judges have characterised his requests to throw out votes as undemocratic and lacking in any legal or evidentiary basis.

In addition to the legal claims, Mr Trump has overtly pressured Republican officials to take extrajudicial steps to throw the election to him. Those efforts have also failed, but some Republicans have either joined, or refused to reject, Mr Trump’s false claims that the election was stolen from him through a vast conspiracy involving mail ballots and compromised voting machines.

The case at issue on Tuesday was brought by a group of Pennsylvania Republicans who had sought to block the state’s election results because of the use of “no excuse” mail voting, which allowed voters to apply for a mail ballot without giving a reason. Pennsylvania had introduced the measure in 2019, more than a year before the November 2020 election.

The lawsuit, which was brought almost three weeks after the election, claimed such voting measures were unconstitutional. It had been thrown out by the Pennsylvania state supreme court, prompting the appeal to the US high court.