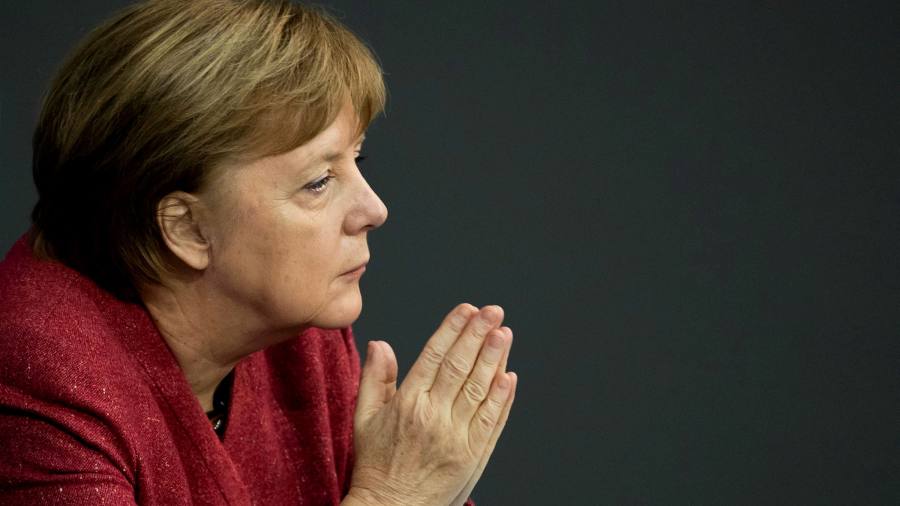 Angela Merkel said on Wednesday that Britain and the EU must figure out a way to minimise the risk of unfair competition between their markets, warning that Brussels will accept a no-deal outcome in trade talks if this cannot be achieved.

The German chancellor set out a stark choice for Boris Johnson as Britain’s prime minister prepared to travel to Brussels for make-or-break talks with European Commission President Ursula von der Leyen, saying any deal with Britain must not undermine the EU’s single market.

Ms Merkel cautioned that the meeting may not provide the sought-after clarity ahead of a summit of EU leaders scheduled to begin in the Belgian capital early on Thursday afternoon.

“There is still the chance of an agreement. I don’t think we’ll know tomorrow if it will succeed or not, I can’t promise that,” the veteran leader told German MPs. “But . . . if there are conditions from the British side that we can’t accept, we are prepared to go down a path without a trade deal.”

Ms Merkel said that coming up with a system to handle differences that could develop in areas such as environmental law and labour standards was “the really big question where we need a satisfactory answer”.

“We have to figure out how each side will react when the legal situation in the EU or the UK changes,” she said. “We can’t just say — let’s not talk about it.”

The German chancellor’s comments frame the terms of debate for Mr Johnson’s dinner tonight with Ms von der Leyen. Ms Merkel was clear that the EU would accept that the UK sets its own regulatory path, but also that a way must be found to preserve fair competition when it does.

The question of how to preserve a “level playing field” for business is one of the main sticking points that have dogged the negotiations along with the vexed issue of EU fishing rights in UK waters.

Earlier on Wednesday, a senior UK minister insisted it was “not right” to say that Brexit talks were tilting towards no deal ahead of this evening’s high-level dinner.

Michael Gove, the Cabinet Office minister, said the talks on Wednesday were intended to “thrash out a way through”.

Mr Gove sounded a conciliatory note about the prospects for progress, but said there would have to be movement by the EU to get a deal.

Ms Merkel said: “We need a level playing field, not only for today, but also for tomorrow and the day after tomorrow.

“For that we need to agree an arrangement for how the other side should react when the other side changes its legal position. Otherwise we get unfair competition conditions.

“That’s the big, difficult question which is hanging over us, next to the issue of fish quotas too.”

One idea on the negotiating table is for an “evolution mechanism” that would allow either side to reduce access to its markets if rules in areas such as labour rights and environmental standards diverge over time. But the UK has rejected the idea as overly constraining on its regulatory freedom.

Mr Gove said Britain could accept a “non-regression clause” in any deal, committing the UK to uphold current regulatory levels in areas such as the environment, workers’ rights and state aid. He said this was common in trade deals.

But he said the UK could not accept what he claimed was a last-minute EU demand that “if the EU adopted new laws the UK would have to do the same or the EU would retaliate”.

Mr Gove also accepted that there would have to be a “staged process” for the gradual reduction of access for EU fishing boats to UK waters after the transition period ended on January 1. 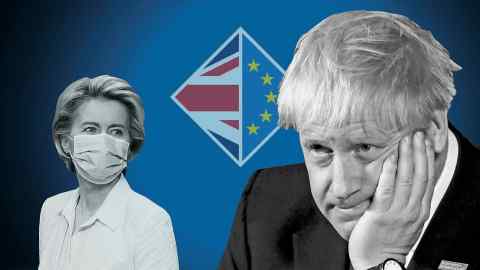 One senior British official said a deal might not be possible but that Mr Johnson hoped the discussion with Ms von der Leyen would “inject some political impetus that would allow the negotiators to try and finish the job”.

The official added: “If we can make progress at a political level it may allow Lord Frost and his team to resume negotiations over the coming days.” David Frost, UK chief negotiator, and Michel Barnier, his EU counterpart, are expected to join the dinner.

On Wednesday, Mr Barnier is set to address the EU’s committee of the regions at 2:30pm Brussels time.

How To Select a Share for Investment – Part 1
Using Support and Resistance Lines After the First 1% Drop for U.S. Indexes in Four Months – VLOG 2
How Large of a Position Should You Take on When Trading Penny Stocks?