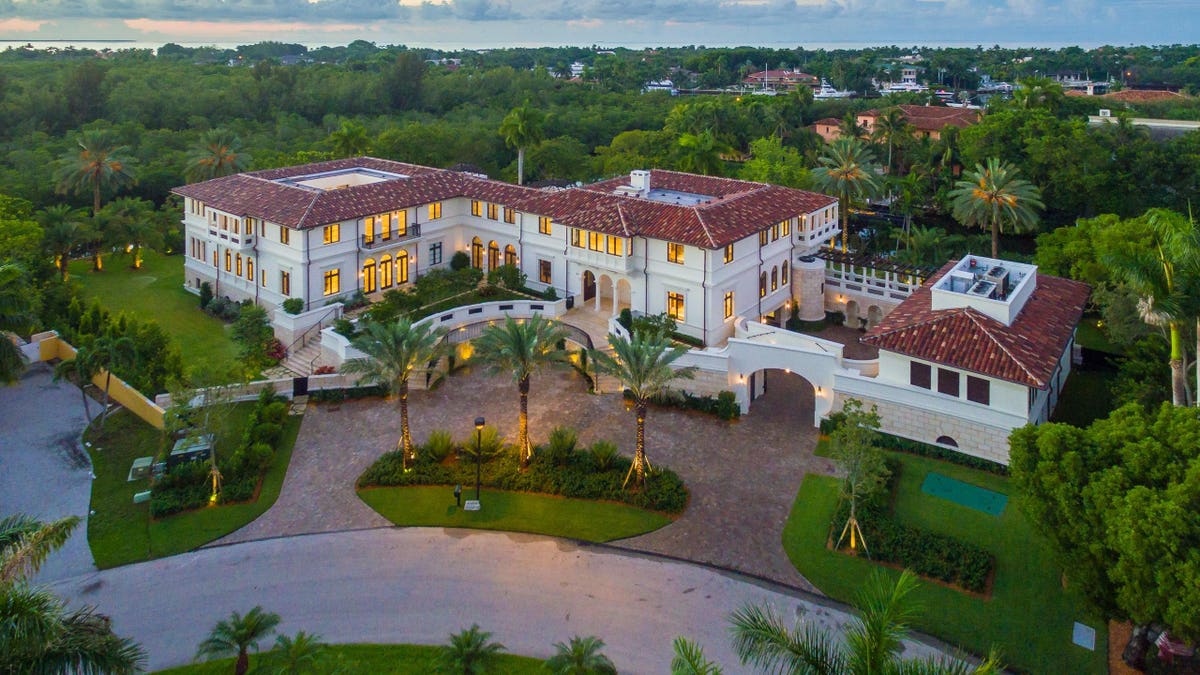 Marc Anthony, the top-selling tropical salsa artist of all time, has put his sprawling waterfront mansion in Coral Gables, Florida, on the market for $27 million, two years after buying it from Bacardi heiress Hilda Maria Bacardi for $19 million — the highest price ever paid in the gated enclave of Cocoplum.

Known as Casa Costanera, the mansion is one of the largest homes in South Florida at 20,546 square feet of living space with 12 bedrooms and 13 and a half bathrooms. Amenities include a commercial elevator to all three floors, a swimming pool, three kitchens, a spacious wine cellar and separate staff quarters.

The landscaped 1.3 acres has 480 square feet of water frontage on a corner lot with direct Biscayne Bay access and a 100-foot dock. There is also a swimming pool with bay views. The mansion is near other celebrities including Anthony’s former wife, Jennifer Lopez, and her fiance, Alex Rodriguez, a Major League Baseball legend turned real estate investor.

According to Architectural Digest, Hilda Maria Bacardi, the great-great-granddaughter of Bacardi founder Facundo Bacardi Masso, spent the past eight years overseeing custom construction on the home and put the home on the market in 2014 before it was completed. She reportedly asked for $18 million, but by the time the construction was finished, in 2016, she bumped the asking price up to $27 million.