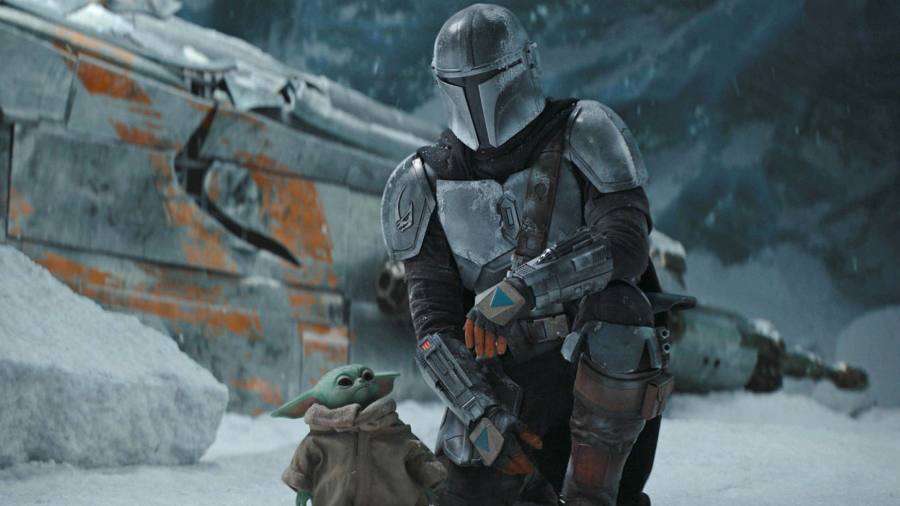 The Walt Disney Company, in its 97th year, has decided its television future lies in streaming. But what happens to its past?

Disney Plus has been a knockout success, signing up more than 70m subscribers in its first year to cement the Mickey Mouse empire as a serious competitor to Netflix, whose boss Reed Hastings had expected its new rival to secure 20m customers “at best”.

As the group re-engineers itself around video streaming, giving up lucrative licensing revenue, it must also manage the decline of its ageing TV channels and movie studios. Taking the long view, Bob Iger, executive chairman and former chief executive, recently told friends that once-mighty channels such as Disney-owned ABC were “over”, and that Disney’s future was streaming and theme parks.

But unlike the lossmaking Disney Plus, these networks bring in billions of dollars a year.

The predicament has left Disney with an uneven strategy for TV channels such as the sports network ESPN and the entertainment networks that feed Hulu, the US-only streaming service Disney took majority control of last year. It also reveals that even for the world’s best-positioned traditional media company, the transition to streaming will be bumpy and financially uncertain.

Despite a dreadful 2020 in which the pandemic knocked $7bn from Disney’s operating profit, its stock is up 3 per cent, principally on the promise of streaming. Shareholders will look for the company to strengthen its commitment at an investor presentation on Thursday, devoting even more money to prized content.

“Why doesn’t The Bachelor premiere on Hulu?” said Rich Greenfield, partner at Lightshed research group, referring to ABC’s hit dating show. “The question is: how far does the TV universe have to decline before they decide to start shifting high-profile content over? It would rewrite their whole economic livelihood.”

Disney’s dilemma is that all options to accelerate its digital ambitions carry financial risks and practical challenges.

Two years ago, when Mr Iger and top executive Kevin Mayer were mapping out Disney’s streaming plans, internal research predicted that offering Disney Plus along with Hulu would attract the most subscribers.

But they did not want to leave behind ESPN Plus, the sports video streaming service launched in April 2018 that had gained little traction, according to people familiar with the plans. And so Disney’s big streaming launch last year offered a bundle of Disney Plus, ESPN Plus and Hulu for $13 a month.

Since then, however, ESPN Plus has served more as a place holder for the future than an active product, with most premium content kept exclusively on cable television. The roaring success of Disney Plus has diminished the company’s interest in Hulu, according to current and former executives.

The ESPN cable channel has been shedding viewers for years, with signed-up customers down to 80m on average this year from 90m in 2016, according to the data group Kagan. Last year, Mr Iger and Mr Mayer discussed moving some of ESPN’s popular sports programming to its streaming service as early as 2022, after the expiry of licensing contracts requiring games to be broadcast on ESPN’s cable channel, according to people familiar with the talks.

Adapting sports to streaming is particularly punishing because media companies have to pay hundreds of millions of dollars every few years for the broadcast rights to games. Prices have risen as broadcasters such as Fox and NBC have looked to compete with ESPN, locking the network into a costly, rigid business model that would be difficult to convert.

“When they did those deals, they did not anticipate ESPN would go from 95m subs to 80m,” said a former senior Disney executive. “In the long term it created a real question about how ESPN can be profitable.”

To match its cable profits, ESPN Plus would need to be priced at $40-$45 a month, according to the former chief executive of one streaming service who warned that “there is not a spreadsheet in the universe that gives you similar economics to pay TV”. In the latest quarter ESPN Plus reached 10m subscribers who paid on average only $4.54 a month.

Cannibalising ESPN would only worsen the situation at shrinking cable channels such as A&E, which is jointly owned by Disney and Hearst. In 2019, bankers worked up options for Disney to sell A&E networks and Freeform, an entertainment channel for young adults, according to people familiar with the matter.

The effort did not advance and cable has only deteriorated further. The networks are now declining assets that would be difficult to divest, according to industry bankers.

Instead, Nat Geo was integrated into Disney Plus and FX, a more edgy entertainment channel, was given a digital “lifeboat” through Hulu. Disney has shut down the Disney Channel in the UK and is wringing money out of A&E by selling licensing rights to Discovery for its upcoming streaming service.

But while in secular decline, these channels bring in a significant amount of money. For the year to October 3, Disney made $6bn in operating income from its cable channels.

In Mr Iger’s view, Disney’s biggest problem is cash. This is the first time he has had to run the company with constrained capital, he has told associates in recent months, as revenues from theme parks and cinemas have evaporated.

Disney on Thursday cut about 100 employees at its TV and film divisions, including several veteran ABC executives, according to reports — the latest round of job losses as the company restructures itself for a streaming world.

With leadership focused on protecting Disney’s balance sheet, and armed with a shiny object to please Wall Street with Disney Plus, Hulu and ESPN Plus have become less of a priority.

Disney this year scrapped ambitious plans for a global rollout of Hulu, according to people familiar with the matter.

Executives expected the cost of beefing up the 37m-subscriber platform with local-language shows for an overseas expansion to be upwards of $5bn, the people said. An agreement to buy Comcast’s remaining stake in Hulu in 2024, meanwhile, means Disney will have to pay billions more if its valuation rises.

Instead, Disney announced in August it would expand Star, the Asia pay-TV network it bought from Rupert Murdoch, as a streaming service to Europe and the rest of the world.

Potential buyers have expressed interest in Hulu but Disney has not entertained conversations so far, according to people familiar with the matter. Verizon Media would be interested, and potentially Bill Ackman’s special purpose acquisition vehicle, say media bankers.

This week all eyes will be on Bob Chapek, who became chief executive in February just weeks before the pandemic pummelled the businesses that keep Disney financially buoyant.

Mr Chapek is ploughing ahead with the streaming strategy, perhaps with even more gusto than his predecessor. But just as importantly, he has begun to promote pivotal allies within Disney as he begins to assert his authority on an organisation where Mr Iger was the lodestar. 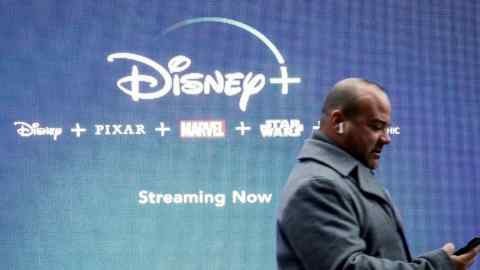 In October, Disney gave Kareem Daniel, a former chief of staff to Mr Chapek, a powerful new position overseeing the distribution of all Disney’s creative content — what one colleague described as “the single biggest P&L in Hollywood”.

Mr Iger has told friends the recent Disney reorganisation was not the precise approach he might have taken. He has taken a more back-seat role in recent months. Relations between Mr Iger and Mr Chapek were strained by a New York Times report in May suggesting Mr Iger “had effectively returned to running the company”, according to people familiar with the matter.

But Mr Iger remains publicly supportive of his successor, recently telling Bloomberg that while he was “there for him” during the worst of the pandemic, it was always Mr Chapek “running the company”. Allies of Mr Chapek, in turn, say he is never one to be “timid or gingerly” about setting his own agenda.

“What Chapek is doing now is not laying the foundation for the future of Disney. He is actually taking control of the Disney organisation from Bob Iger,” said another person who has worked closely with both. “Chapek will change the company, and the scale of change will only accelerate once normalcy returns and Iger moves away.”