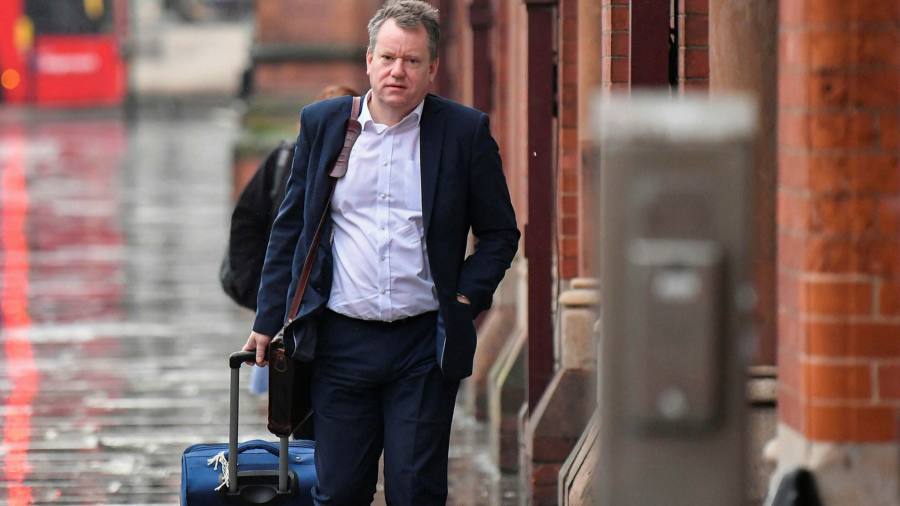 Brexit trade talks have resumed in Brussels with British ministers warning that they remain “in a very difficult position” after negotiations reached a stalemate on Friday.

David Frost, Britain’s chief negotiator, and Michel Barnier, his EU counterpart, have been charged with resolving the toughest remaining issue: the question of a “level playing field” to ensure fair competition between the two sides after the Brexit transition period expires on December 31.

UK prime minister Boris Johnson and European Commission president Ursula von der Leyen agreed during a phone call on Saturday that an eleventh hour push should be made to get a deal over the line.

Conservative Eurosceptic MPs have warned Mr Johnson not to accept any deal that undermines the UK’s sovereignty, while France is threatening to veto any agreement that fails to meet its demands on competition and fisheries.

Mr Barnier will report back to ambassadors from the 27 member states on Monday morning on whether the new round of talks — conducted by around a dozen officials on both sides — have made any progress.

Mr Johnson and Ms von der Leyen will speak on Monday evening to see whether there is a “landing zone” for a deal.

After so many Brexit crunch points in the past, sterling investors have been placing bets on a positive outcome for the talks. On Friday sterling traded at its strongest against the dollar since May 2018, its move higher fuelled by the wilting dollar and rising expectations for a trade deal.

With talks at a sensitive stage, MPs will on Monday be asked by Mr Johnson to reinstate controversial clauses to the UK internal market bill — removed by the House of Lords — that would allow ministers to override the EU withdrawal treaty Britain signed last year in relation to Northern Ireland.

Such a move would be inflammatory, as would the introduction of a separate taxation bill on Wednesday which would give ministers similar powers.

British cabinet ministers, including those formerly opposed to Brexit, told the Sunday Times they would back Mr Johnson if a deal was unacceptable and he opted for no deal at the end of the transition period.

“The PM should do what’s best,” one minister said. “He has total, 100 per cent rock-solid cabinet support.” George Eustice, UK environment secretary, said on Sunday: “It’s in a very difficult position, there is no point in denying that.”

Business groups and farming leaders have warned that a no deal exit would be a disaster, since it would add tariffs and quotas to new red tape at the EU border when the UK leaves the single market and customs union.

In spite of the tough positions on both sides, there were suggestions that compromise may be possible in the coming few days.

On the level playing field, Mr Eustice told Sky’s Sophy Ridge programme there were “precedents in other trade agreements where undertakings are given that you won’t water down environmental or other standards”.

But he said it was vital that any agreement did not “fetter your ability as an independent country to make your own laws”.

Clément Beaune, France’s Europe minister, hinted in a newspaper interview on Sunday at solutions being explored on the “level playing field”, describing a system where the UK could diverge from EU standards but at the price of reduced market access if it strayed too far.

The French minister also made clear that the EU side recognised that it would not be able to keep 100 per cent of its fishing rights in UK waters but he said that “large and durable” access rights would be a necessary part of any post-Brexit deal.

Mr Eustice said Britain was willing to consider “a multiannual agreement up to three years” but said that could not be enshrined by treaty “in perpetuity”.