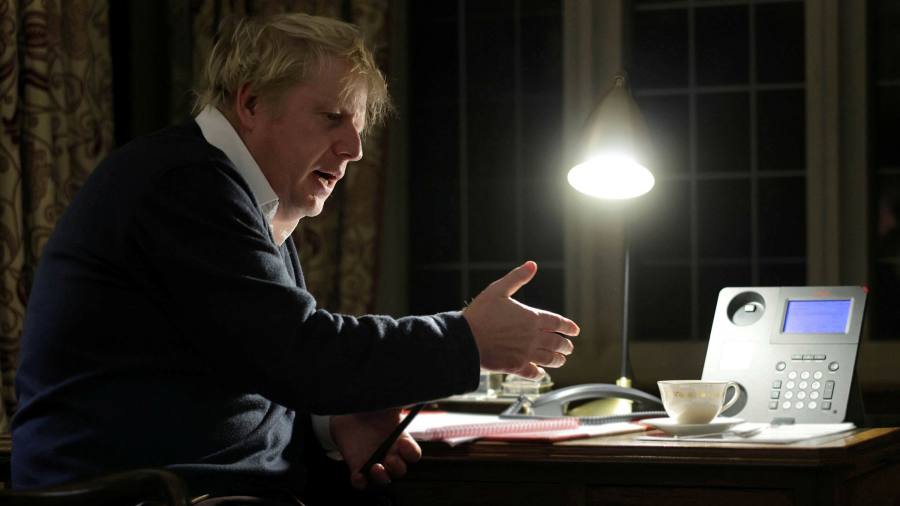 The UK and the EU have agreed to make one final attempt to hammer out a post-Brexit trade deal, with negotiations set to resume in Brussels on Sunday.

Boris Johnson, UK prime minister, and European Commission president Ursula von der Leyen agreed during a phone call on Saturday that an eleventh hour push should be made to get a deal over the line, with Britain’s transition period ending on January 1.

In a joint statement issued after the call, the two leaders said “that a further effort should be undertaken by our negotiating teams” to assess whether outstanding disagreements “can be resolved”.

The almost one-hour-long call was an effort to break the deadlock in the trade talks after EU chief negotiator Michel Barnier and his UK counterpart David Frost declared a pause on Friday, having failed to overcome deep-rooted disagreements over fishing rights in British waters and fair competition rules for business.

Ms von der Leyen and Mr Johnson said that they recognised the seriousness of the disagreements. “Both sides underlined that no agreement is feasible if these issues are not resolved,” they said.

The UK prime minister, who once claimed that Britain could “have our cake and eat it” on Brexit, is now facing one of the biggest decisions of his premiership: a trade off between “sovereignty” and access to the EU market. Official forecasts say a no-deal exit would inflict a £40bn hit to the UK economy next year.

British officials insist both sides were close to a deal on Friday, but that new “last-minute” demands were put on the table by the EU side which made an agreement impossible.

People involved in the talks said that outstanding problems include UK resistance to demands from fishing nations including France and Belgium for any deal to safeguard longstanding rights in the zone six to 12 nautical miles off the British coast.

The fishing grounds are some of the most sensitive in the negotiations because rights in some cases date back hundreds of years — Belgium even has a charter granted by King Charles II — and they offer lucrative catches such as scallops and langoustine.

Talks are also stuck over an EU call for Britain to guarantee continued access to its waters for EU boats for a decade — a demand the UK sees as an affront to its sovereignty,

Mr Barnier and his negotiating team returned to Brussels on Saturday morning and national ambassadors from EU governments may meet on Sunday to review the situation.

Negotiators have a window to get a deal over the line ahead of a summit of EU leaders in Brussels on Thursday and Friday.

On the issue of fair competition, known in the negotiations as the “level playing field”, talks are stuck over EU demands for detailed, enforceable, commitments from Britain on its future subsidy policy.

EU officials said problems also remain over how to ensure Britain upholds environmental and labour standards. Brussels wants EU companies to be able to sue the UK government through British courts if it breaks its word.

Negotiators are also split over how to enforce any deal that is agreed, with Brussels insisting on the right to cross-retaliate: hitting market-access rights for one sector as punishment for British breaches of good faith in another.

On the EU side, Ms von der Leyen has to contend with a disgruntled group of governments including France, the Netherlands, Denmark, Belgium, Spain and Italy, which have warned Mr Barnier that they will reject any deal that does not contain robust level playing field guarantees to protect their economies from unfair British competition.

Mr Johnson is said by allies to be ready to speak to French president Emmanuel Macron, but no call was currently planned.

One EU diplomat said that a deal was in sight despite the events of the past 24 hours: the “gaps are real but nothing that can’t be overcome,” the diplomat said.