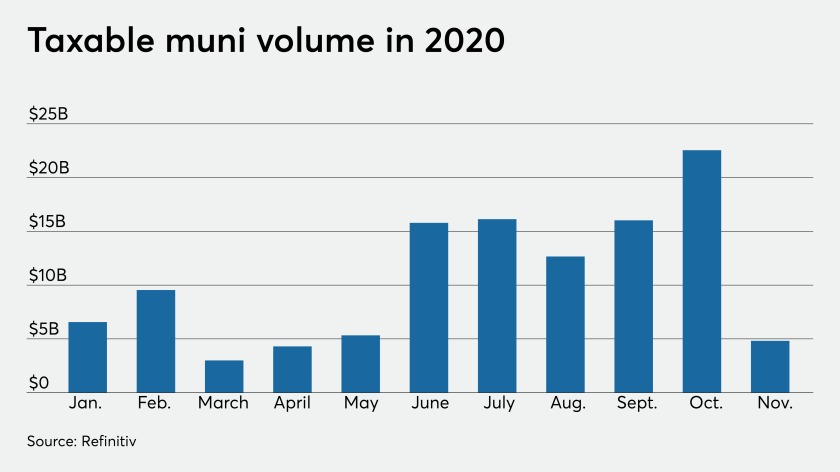 Municipals outperformed Treasuries as yields rose 10 basis points on the UST 10- and 30-year on talk of a potential stimulus deal and equities hit all-time highs.

The dearth of November supply, including a precipitous drop in taxables during the month, coupled with hefty December redemptions/coupons, has led to municipal outperformance.

Municipals typically follow Treasuries, but not Tuesday. Munis are likely to lag Treasuries in some fashion once year-end empathy settles in mid-month and ratios become a factor, though 2020 has proven the muni/UST relationship has not been typical.

“But so far, munis feel firm like a rock,” a New York trader said.

Taxables are set to return near 10% on the year if the trend of increased issuance bleeds into this month and corporate bond issuance continues its lower volume.

Secondary trading of high-grades ticked up, with names such as North Carolina, Maryland, Georgia, D.C., Washington, California and others holding AAA benchmarks.

With generous supply expected this week and the upcoming visible supply, the municipal market is on track for a near record year in terms of gross supply, according to Peter L. Block, managing director of credit strategy at Ramirez & Co.

Strong market technicals, such as increased fund flows and November performance in sectors, like high yield, transportation, and dedicated tax are propping up the market, he noted.

Gross supply for the first week of December is estimated at $9.8 billion, while the 30-day visible net supply is negative $12.6 billion, reflecting $12.8 billion of announced supply against negative $25.4 billion of maturities and calls, Block said.

“New-money issuance should be driven by pent-up infrastructure needs waylaid by the pandemic, whereas taxable bonds, issued primarily for tax-exempts refundings, should decline amidst a relatively smaller universe of candidates” to about $138 billion, Block wrote.

Block expects 2020’s total gross supply to be close to the record $448 billion set in 2017, with about $13 billion net supply and market growth.

Tuesday’s market tone follows on the heels of the Thanksgiving holiday week when municipals gained slightly, but outperformed Treasuries in 10 years and 30 years due to the combination of muted holiday activity and the Treasury selloff, Block noted.

Looking ahead, the firm’s 2021 municipal supply forecast projects minimal supply growth of less than 1% to $449 billion, driven by a 5.5% year-over-year increase in new-money tax-exempt bonds to $310 billion against a 20% decline in taxable bonds to $123 billion.

He assumes tax-exempt advance refundings remain prohibited and net supply is expected to grow to $109 billion in 2021 given the $100 billion decline of reinvestment versus 2020, according to Block.

In the competitive arena, the Metropolitan St. Louis Sewer District, Mo., is selling $120 million of Series 2020B wastewater system revenue bonds on Thursday. PFM Financial Advisors and Independent Public Advisors are the financial advisors. Gilmore & Bell and White Coleman are the bond counsel. 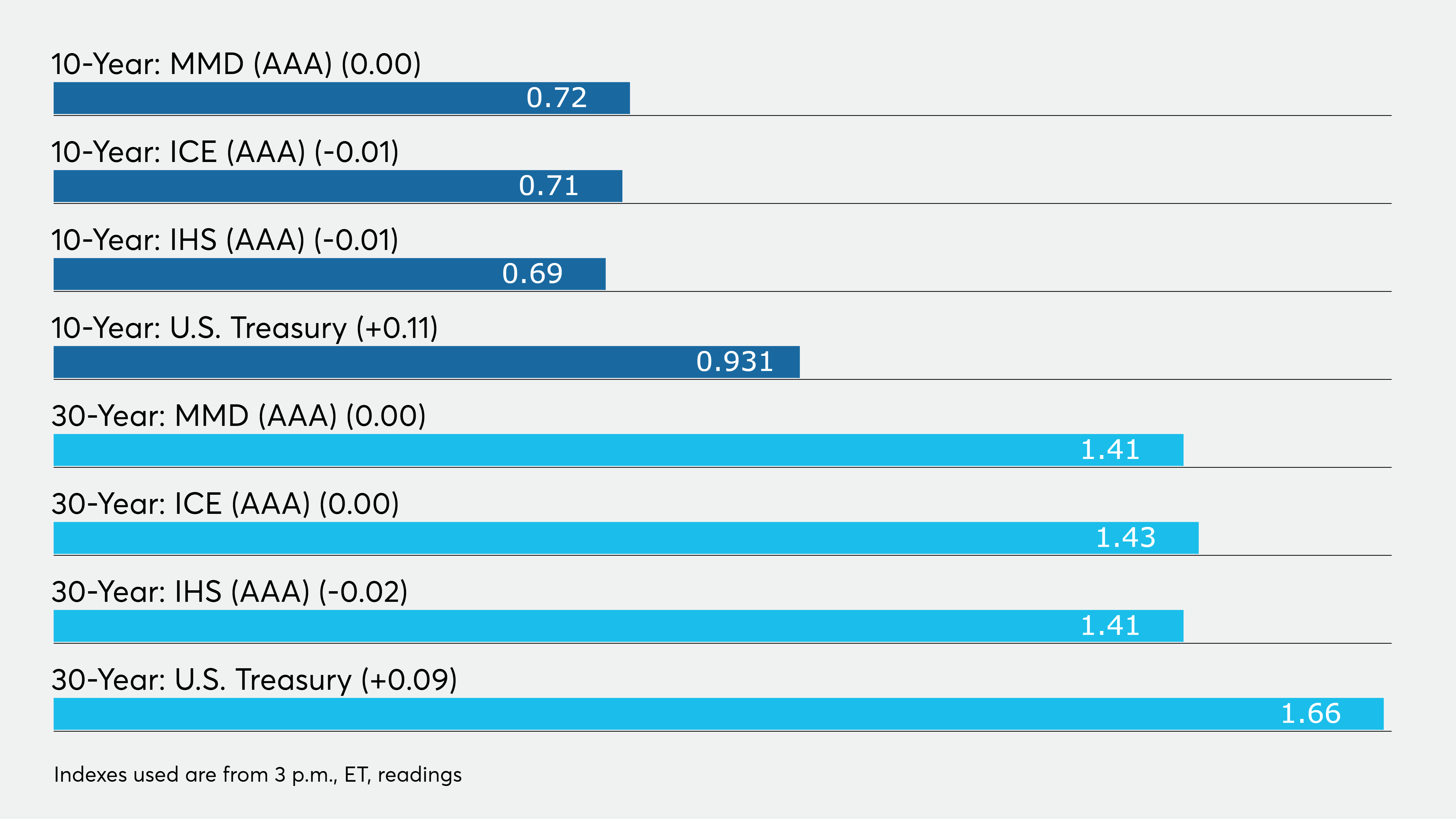 How Large of a Position Should You Take on When Trading Penny Stocks?
How To Select a Share for Investment – Part 1
Using Support and Resistance Lines After the First 1% Drop for U.S. Indexes in Four Months – VLOG 2