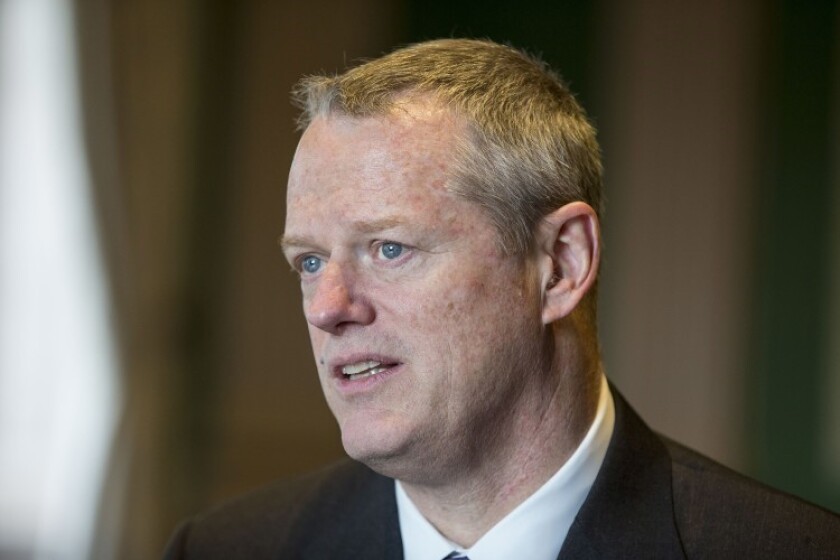 COVID-19 related curbs on economic activity in Massachusetts triggered a downgrade on Wednesday from S&P Global Ratings, which lowered its rating on the commonwealth’s Series 2004 special obligation dedicated tax revenue bonds and Series 2005 revenue refunding bonds two notches to BBB-plus from A.

The outlook is negative.

“The downgrade reflects a significant drop in pledged tax revenue as a result of pandemic-related restrictions on economic activity, and S&P Global Ratings’ assessment that national hotel-related economic activity might take until 2023 to recover,” S&P said in a statement.

Like many states, Massachusetts is experiencing a second wave of coronavirus infections. State health officials on Tuesday reported 2,225 newly reported confirmed cases and a rolling seven-day positivity average of 3.02%. By contrast, Massachusetts had dropped to roughly 200 new cases daily in July, according to a study by Northeastern, Harvard, Rutgers and Northwestern universities.

“The good news, and the bad news, is that human behavior is likely driving the resurgence,” the report said. “This means that infections need not continue to explode in Massachusetts, but also that real changes in behavior [and policy] may be required to bring it back under control.”

Gov. Charlie Baker in early November issued “targeted” restrictions including a business curfew and a revised face covering order while out in public. Baker, however, is calling on schools to reopen, citing low transmission in those buildings.

Securing the bonds are pledged revenues, which include certain room occupancy taxes, vehicle rental surcharges and sales tax and sightseeing surcharges that Massachusetts collects within Boston, Cambridge, Springfield, Worcester and Chicopee – all cities — as well as the town of West Springfield.

According to S&P, the Massachusetts Convention Center Authority projects pledged revenue in fiscal 2021 at a level that will only barely cover annual debt service at 1.03 times. S&P calculated that if full-year 2021 pledged revenue matched the 75% drop in one-month September 2020 revenue compared with one-month September 2019 revenue, coverage of annual debt service in fiscal 2021 would be only 0.77 times.

“This is a large turnaround from the high 3.01 times coverage of annual debt service that occurred in fiscal 2019,” S&P said.

“The rating is not lower because we expect the commonwealth’s hotel and entertainment-related activity to recover as the nation emerges from the COVID-19 pandemic, while the bonds’ revenue fund currently has enough money to pay the next three semiannual debt service payments through July 1, 2022, even if no further pledged revenue is received.”

The negative outlook, S&P said, reflects at least a one-in-three chance that it could lower the rating further if a recovery in hotel and related economic activity becomes substantially delayed from current expectations, or if there is a significant debt service reserve draw in January 2021, the next semiannual debt service due date, without likelihood of near-term replenishment.

Massachusetts intends to issue $1.2 billion of revenue anticipation notes the week of Dec. 7, with JPMorgan the book running senior manager.