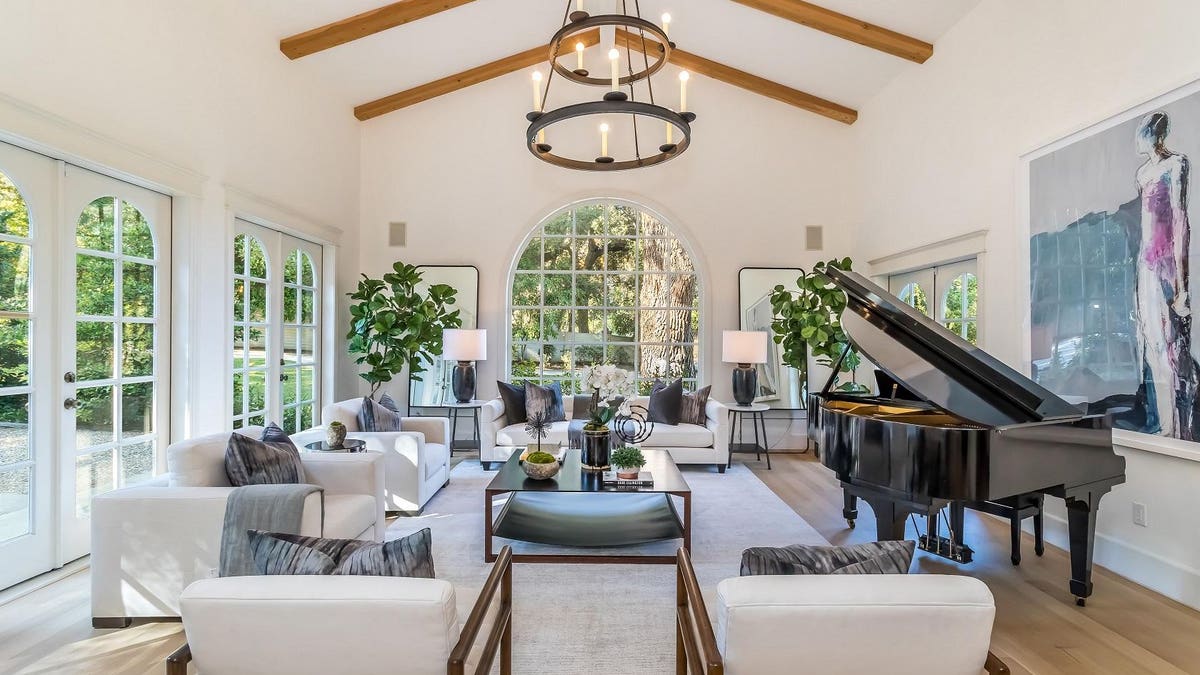 Video and tabletop game designer Elan Lee is looking to roll the dice in Los Angeles, where his home in the historic Los Feliz neighborhood is on the market for $4.995 million.

As many board game aficionados may know, Lee co-created the feline card game phenomenon Exploding Kittens, which in 2015 raised more than $8.7 million on Kickstarter. The game’s 219,000-plus backers still hold the record for most-backed project on the crowdfunding website. Its funding ranks as the 11th-highest among projects ever launched on the platform.

Unlike the theme of his card game, Lee’s Los Feliz home presents as a calm and serene setting, according to listing agent Marc Noah of Hilton & Hyland. The updated Spanish-style house sits on a three-quarter-acre lot that backs up to Griffith Park. Mature trees dot the grounds, which are fenced and gated.

Built in the 1920s and since updated, the single-story main house features wood-beamed ceilings, light wide-plank floors and French doors that in garden views. Large arched windows cap each of the home’s two great rooms. In the kitchen, there’s a broad island, custom cabinetry and a built-in breakfast booth.

Various patio areas, an outdoor kitchen and a custom swimming pool with a spa and waterfall feature complete the property.

Since the success of the original Kickstarter, Lee and Matthew Inman, creator of the online comic “The Oatmeal,” launched the game company Exploding Kittens Inc. The company has released five games to date including On a Scale of One to T-Rex, a collaboration with award-winning game designer Wolfgang Warsch, and the quirky dodgeball-style party game Throw Throw Burrito.