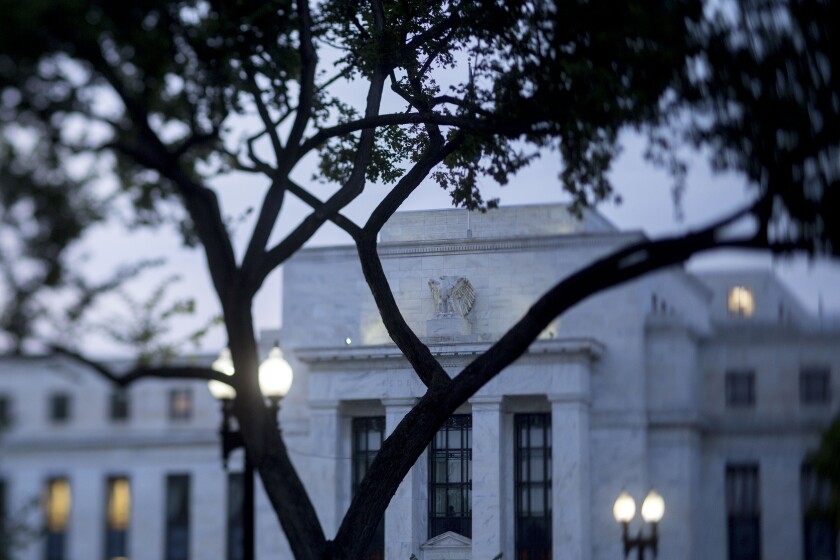 “Many participants judged that the Committee might want to enhance its guidance for asset purchases fairly soon,” according to meeting minutes published Wednesday by the Fed.

In addition, “most participants judged that the guidance for asset purchases should imply that increases in the Committee’s securities holdings would taper and cease sometime before the Committee would begin to raise the target range for the federal funds rate,” the minutes showed. The Fed’s next scheduled meeting is Dec. 15-16.

Treasuries gained ground following the release of the minutes, with longer-dated securities outperforming. The 5-to-30-year yield curve flattened, but remained steeper on the day.

The U.S. central bank cut its benchmark interest rate to nearly zero in March at the onset of the coronavirus pandemic and ramped up crisis-era bond-buying programs to pump liquidity into the financial system and keep a lid on longer-term interest rates.

Officials have signaled they will probably hold rates near zero through the end of 2023.

The Fed is currently buying U.S. Treasury and mortgage-backed securities at a combined pace of about $120 billion per month, with purchases spread out evenly across maturities.

The resurgence of the pandemic in the U.S. in recent weeks, alongside reduced odds of another large fiscal relief package due to U.S. election results that may leave control of the Senate in Republican hands, have weighed on the economic outlook and raised expectations that the Fed will take further action to support the economy.

But the record of the Nov. 4-5 meeting didn’t give any indications that officials would necessarily seek to modify the parameters of the bond-buying program at their December meeting.

“While participants judged that immediate adjustments to the pace and composition of asset purchases were not necessary, they recognized that circumstances could shift to warrant such adjustments,” the minutes said. “Accordingly, participants saw the ongoing careful consideration of potential next steps for enhancing the Committee’s guidance for its asset purchases as appropriate.”

Data published Wednesday by the Labor Department showed a growing number of Americans filing for unemployment insurance over the last two weeks while a separate Commerce Department report revealed a drop in household income last month, underscoring the tenuous position of the economy ahead of the winter season.