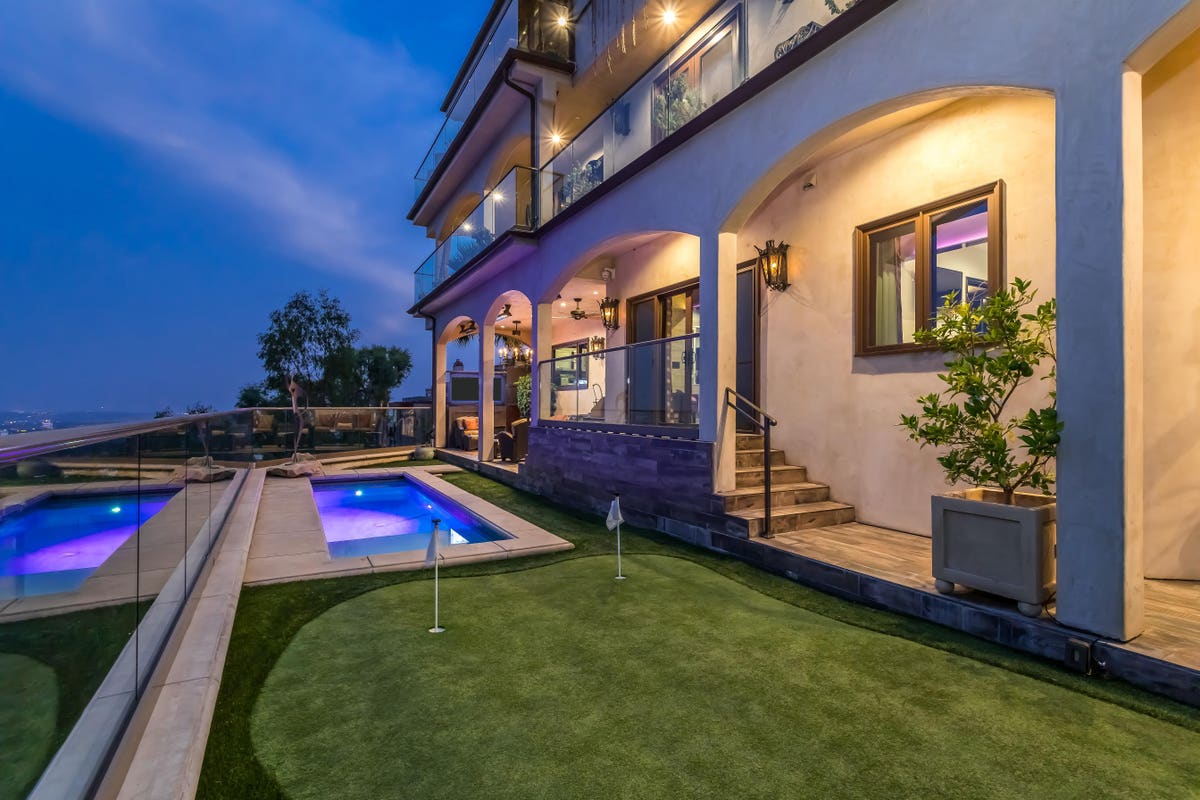 Stand-up comedian Ron White, who gained fame in the 2000s as a member of the “Blue Collar Comedy Tour,” has put his longtime home in the Beverly Hills Post Office area on the market for $7 million.

Set high up in the hills and featuring city-to-ocean views, the Mediterranean-inspired house has been updated by noted interior designer Kevin Young, who infused the living spaces using a range of exotic and high-end details, according to listing agent Marc Noah of Hilton & Hyland.

“It’s completely custom — Ron put a ton of money into it,” Noah said. “It’s an absolutely great home for entertaining and it has incredible views.”

Accessed from the street through a gated courtyard, the 4,800-square-foot Mediterranean-inspired house opens to one of White’s favorite spaces in the house: a milky white-hued chef’s kitchen. A lack of dishwashers is no issue, White said in a video tour of the home, noting there are four throughout the house. A fully stocked pantry — stocked with tequila products and crackers, no less — sits off the kitchen area.

Custom blackout curtains controlled by remote open the family room to sweeping views. Bi-folding Mahogany doors give way to a dining patio. A screened living room with a fire pit and pebble-like tilework that White calls “extraordinary” is accessed from the far side of the room.

Fixtures, built-ins and woodwork were custom-made for the multilevel house, according to White. In the dining room, subdued tin ceilings draw the eyes upward. The decorative detail is repeated in the home’s secondary master suite — one of three bedrooms and five bathrooms.

Amenities fill out the lower level. In addition to a third wet bar, the lower flow packs in a sound room, a recording studio, a barbershop and a safe room concealed behind a fake wall. A staircase accented by illuminated geodes and a three-stop elevator navigate the floor plan.

The property enters a market that has been relatively immune to the economic impacts of COVID-19, which Noah largely attributed to spacing and amazing views. “There’s great momentum in Beverly Hills,” he added.

As for White, the Grammy-nominated comic recently released a Netflix comedy special and has been performing in Las Vegas as part of The Mirage’s “Aces of Comedy.” The Texas native is set to embark on a nationwide comedy tour early next year.