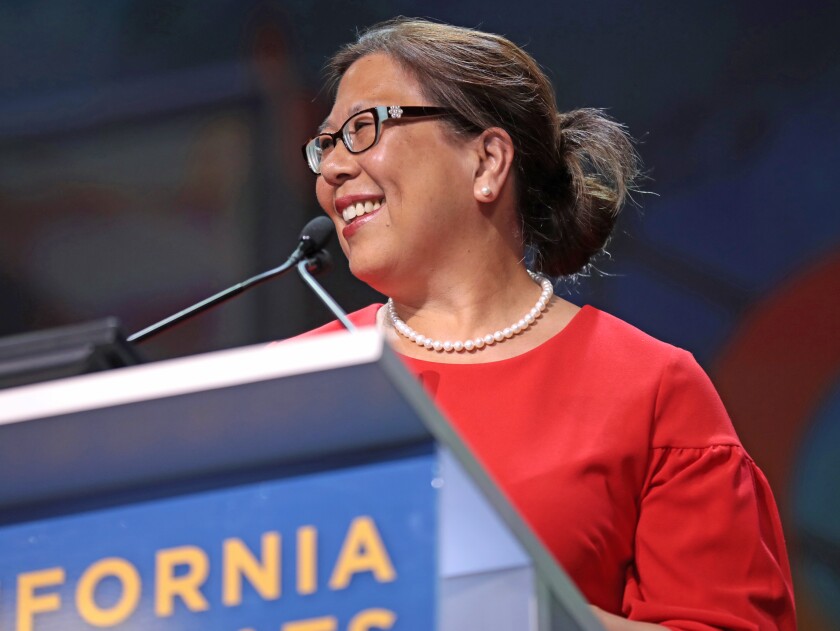 Now that it’s been given a new lease on life after the passage of Proposition 14, a statewide $5.5 billion ballot measure, California’s bond-funded stem cell research agency will re-write its budget.

It was running out of money — and the bulk of discussion at the July meeting of the 29-member Independent Citizens’ Oversight Committee was about how to wind down operations. It also made plans for moving forward should Proposition 14 pass.

“They had been operating on a dual track looking at what would occur with and without the passage of Proposition 14,” said California Controller Betty Yee. “They looked at everything the original $3 billion bond had supported, whether it was facilities, or intellectual property, and where all that would have been housed if Proposition 14 had not passed.”

But when the six-member Citizen’s Financial Accountability Oversight Committee chaired by Yee met Friday, talk was about the future for stem cell research in the state. CIRM’s President and Chief Executive Officer Randal Mills asked Yee for time to submit a revised budget, taking into account the passage of the $5.5 billion bond measure.

With California residents struggling under the weight of the pandemic, voters looked upon anything requiring a tax increase unfavorably, except for the stem cell bond measure.

“Some of the voters, or a good portion of voters are already familiar with work in the stem cell area, but I definitely think the pandemic had an impact,” Yee said. “This is state-funded research that has already shown progress in terms of clinical trials at a time when we are all anxious about the development of a vaccine.”

In March 2020, as COVID-19 cases struck the U.S., the ICOC convened an emergency meeting and voted to redirect CIRM’s remaining $5 million in grant funding from the 2004 $3 billion bond measure to support stem cell research toward vaccines for COVID-19. The grant review process also contained the stipulation that research targeting populations with racial and economic barriers to health care access and treatments would be prioritized, Yee said.

“The $5 million didn’t buy a lot, but it did help get information out to underserved communities,” she said. “And it put a model out there of how CIRM has been able to accelerate research projects.”

Yee’s committee is responsible for reviewing CIRM’s independent audit and making sure internal financial controls are in place.

“We do an independent quality control review of it,” she said. “That responsibility was outlined in Proposition 71 and remains under Proposition 14.”

Yee, who has chaired CFAOC since being elected controller in 2015, said CIRM’s audits have received no negative opinions from the independent auditor during her tenure.

“I always have my sixth sense, and it’s a complex organization with complex financial controls, but since I have chaired the committee all the audits have been completed and they have received no negative opinions from the independent auditor,” she said.

Top Stock Picks for the Week of Apr 2, 2018
Are Tesla Shares Worth a Look Post-Split?
7 Steps to Getting Started in the Stock Market & Investing in Your First Stock!
This Week’s Hidden Gems: (RDNT)(HLTH)
Is Adobe (ADBE) A ‘Buy’ Heading into Q3 Earnings Announcement?