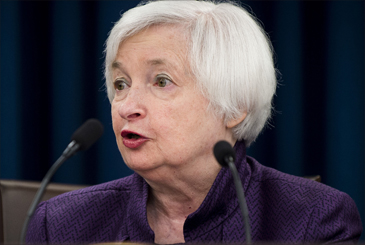 President-elect Joe Biden plans to nominate former Federal Reserve Chair Janet Yellen to serve as his Treasury secretary, a move that would put the first woman and a seasoned central banker into the nation’s top economic policy job as the coronavirus pandemic threatens another U.S. downturn, people familiar with the matter said.

In Yellen, Biden is likely to find support from both Wall Street, which feared a more provocative pick such as Senator Elizabeth Warren, and progressives, who were concerned he might choose someone too friendly to big banks and the wealthy.

If confirmed by the Senate, Yellen, 74, would be tasked with helping steer the U.S. economy through a resurgent pandemic that is already causing parts of the nation to resume painful lockdowns. The most immediate challenge would be breaking a logjam on Capitol Hill to deliver economic relief to long and growing unemployment lines.

Nine months into the pandemic, more than six million people still claim extended unemployment assistance and joblessness is again on the rise as U.S. coronavirus infections spiked to well more than 100,000 per day.

Investors, though, are likely to welcome Yellen. During her time as Fed chair, tech stocks doubled even as she presided over the first interest rate increases in 11 years.

At the same time, investors may be wary of recent comments she made on the need to take greater regulatory action after financial market mayhem when the economy was locked down in March to combat the spread of the coronavirus.

Still, investors are likely to take comfort in her stance in favor of additional emergency government spending.

“While the pandemic is still seriously affecting the economy we need to continue extraordinary fiscal support, but even beyond that I think it will be necessary,” Yellen said Oct. 19 on Bloomberg Television.

But delivering will be tough. Talks between Republicans and Democrats on stimulus have been stalled for months over widely different views on the amount of fresh appropriations needed for COVID-19 relief. The Trump administration, led by Treasury Secretary Steven Mnuchin, has been unable to find common ground since May.

Yellen’s selection was reported earlier by the Wall Street Journal.