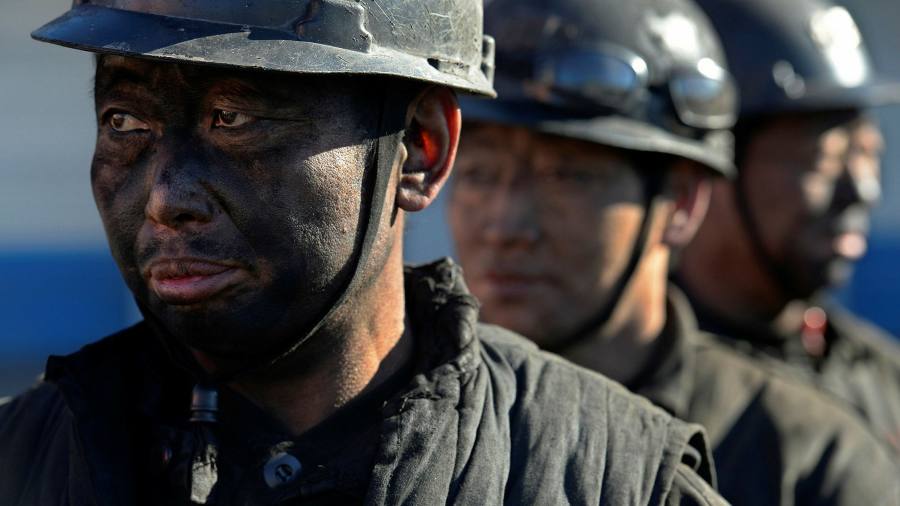 Speaking at a meeting for the committee that oversees China’s financial sector over the weekend, vice premier Liu He said authorities would “severely” crack down on illegal behaviour on bond financing, ranging from “malicious” transfer of assets to misuse of funds.

The comments come as one of China’s largest coal companies Yongcheng Coal and Electricity Holding Group this week faces potential defaults on Rmb26.5bn ($4bn) worth of bonds after it missed a Rmb1bn debt payment earlier this month.

Regulators have said they are investigating securities companies and banks for possible wrongdoing in connection with Yongcheng Coal’s default. On Sunday the financial development and stability committee, headed by Mr Liu, said there would be “zero tolerance” of any irregularities or misleading disclosures.

The recent missed payments have shattered the widely held belief among Chinese bond investors that state-backed companies enjoyed an implicit guarantee from the local government, regardless of their financial health.

As a result, many state-owned companies have suspended bond issuance and many more defaults could follow as these groups rely on issuing new bonds to pay off the old ones.

According to public records, 25 outstanding bonds issued by Yongcheng Coal and its provincial government owned parent Henan Energy and Chemical Industry Group, will also be deemed to be in default if they miss payments on any other bonds. So-called cross-defaults, where a default on one bond triggers another, can only be avoided if payments are made — or extension agreements reached with creditors — within 10 working days.

The fall of Yongcheng Coal, once a highly profitable industry leader, exemplifies the debt-fuelled expansion that propelled Chinese state-owned enterprises.

Henan Energy went on an acquisition spree in the early 2000s that gave the company a spot in the Fortune 500 list. But the resulting collection of lossmaking businesses ultimately dragged the company’s finances down.

Some of the 180,000 workers at Yongcheng say they have not been paid for months, highlighting the pressures building on local officials across the country as they grapple with bond defaults by state-owned enterprises.

“I am preparing myself for mass lay-offs,” said a Yongcheng worker. “It is unlikely our firm can get over its difficulties without making sacrifices.” All of the current and former employers interviewed by the Financial Times asked not to be identified.

We can’t count on Yongcheng for our retirements. We need to have back-up plans

Yongcheng Coal is based in Henan, China’s third most populous province with almost 100m people and an industrial powerhouse with a gross domestic product as large as Turkey’s.

Its parent was once one of the country’s leading energy conglomerates, thanks to its ample reserves of high-grade anthracite coal.

“We can’t count on Yongcheng for our retirements. We need to have back-up plans,” said one worker who has started a side business selling packaged flour.

Prospects for a quick resolution with Yongcheng Coal and its bondholders are receding as investors are reluctant to agree to any concessions.

According to people familiar with the discussions, the bondholders have dismissed its request for an extra nine months to meet payments and are insisting that the group repay at least a portion of the principal on time. Yongcheng Coal made a small interest payment on the defaulted bond last week.

Executives at Yongcheng Coal did not respond to a request for comment.

“Investors no longer see Yongcheng as a creditworthy company,” said an analyst at a Beijing-based credit-rating agency, who asked not to be identified because he was not allowed to speak to the media.

The Henan government has dispatched a crisis management team to Yongcheng Coal’s headquarters, but their room for manoeuvre has been restricted by the province’s own financial pressures.

Unlike neighbouring Shanxi province, which said it would support its own SOEs in the wake of Yongcheng Coal’s default, Henan has issued no such public reassurance.

Is Adobe (ADBE) A ‘Buy’ Heading into Q3 Earnings Announcement?
Are Tesla Shares Worth a Look Post-Split?
Top Stock Picks for the Week of Apr 2, 2018
This Week’s Hidden Gems: (RDNT)(HLTH)
7 Steps to Getting Started in the Stock Market & Investing in Your First Stock!