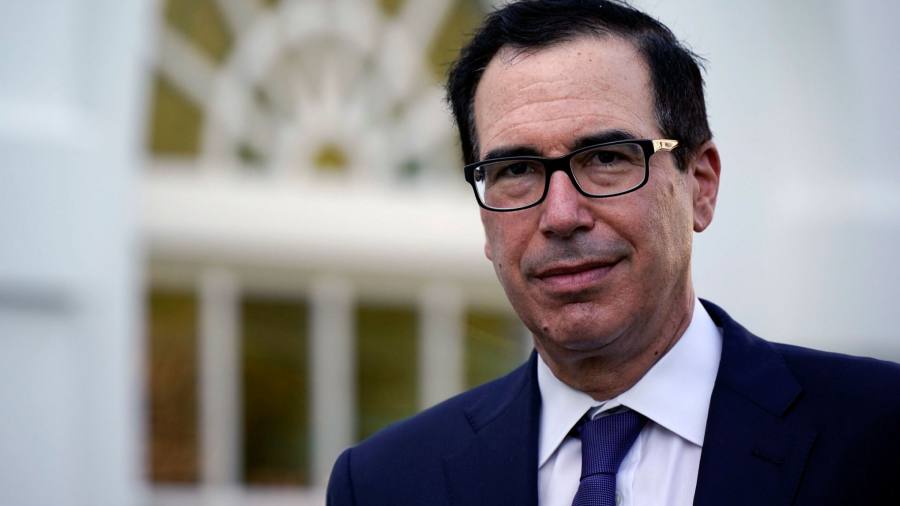 The US Treasury has decided not to extend several emergency lending facilities set up by the Federal Reserve at the start of the coronavirus pandemic, prompting an expression of disappointment from the central bank, which warned that the economy remained “strained and vulnerable”.

In a letter to Jay Powell, the Fed chairman, on Thursday, Steven Mnuchin, Treasury secretary, asked the central bank to return unused funds from five emergency programmes ahead of their expiration in late December.

The facilities that Mr Mnuchin is looking to end include: two schemes set up to purchase corporate debt; five facilities created to lend to medium-sized businesses, collectively known as the Main Street Lending Program; one programme to lend to state and local governments; and another to support asset-backed securities.

The Fed’s top officials have been making the case that an extension of the lending facilities would guarantee stability in financial markets at a time when the economic outlook is still fragile due to waning fiscal support and a surge in coronavirus cases.

“The Federal Reserve would prefer that the full suite of emergency facilities established during the coronavirus pandemic continue to serve their important role as a backstop for our still-strained and vulnerable economy,” the Fed said in a statement on Thursday.

Mr Mnuchin has been facing pressure from some Republicans on Capitol Hill to wind down the lending facilities given the improvement in the recovery and concerns that the government backstop was distorting markets.

In his letter to Mr Powell, the Treasury secretary said that the end of the emergency credit facilities would free up $455bn in funds that could be spent on other things by Congress. Mr Mnuchin said that in the “unlikely event” that the facilities needed to be set up again, new approval would have to be sought from the Treasury department.

“I am deeply honoured to have worked on executing these programmes and hope that because of our collective actions, Congress will show similar trust in Federal Reserve chairs and Treasury secretaries in the future,” Mr Mnuchin wrote.

Many investors have supported the Fed in arguing for the need to preserve the emergency credit facilities as an insurance policy against a deterioration in financial markets, and warning of the danger of removing a crisis-fighting weapon from the Fed’s arsenal.

Markets appeared to react to the Treasury announcement, with equity futures falling late in the day and investors instead buying government bonds that are seen as havens. The S&P 500 emini contract slid from its high of the day to finish 0.1 per cent lower, while the yield on the 10-year Treasury was down 0.04 percentage points to 0.83 per cent shortly after the news.

“The risk from a market perspective isn’t necessarily that [the Fed facilities] expire in isolation. The risk is that you have a couple things happen at once,” said Adam Marden, a multi-asset investment analyst for T Rowe Price, pointing out that the loss of the credit facilities could occur in combination with dwindling fiscal support and surging coronavirus infections next month.

Although Fed officials considered the credit facilities a key part of their coronavirus response, fuelling a big rally in financial markets after the initial slump, only a small fraction of the available lending capacity was used.

Some companies and local governments ended up securing better funding terms through the regular capital markets, and some medium-sized businesses, particularly commercial real estate groups, complained that the terms of the facilities were too strict to benefit them.

Some NYC Landlords Ditched No-Pet Policies During COVID-19. Will Others Follow?
The market is looking for clues from the Fed on whether it will adjust bond buying
Some Advantages of Bonds
Is PayPal Safer Than a Credit Card?
McConnell sets up vote on Waller as Shelton’s Fed fate in limbo