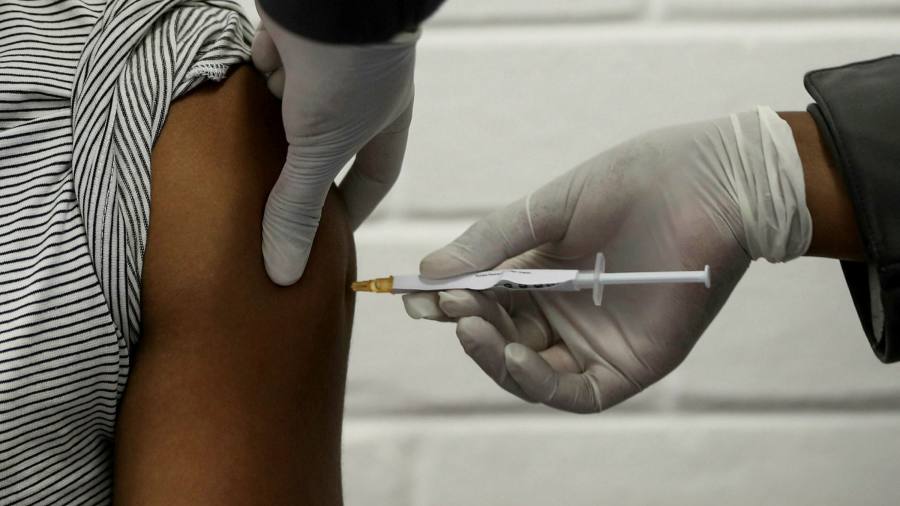 China is promising preferential access to its Covid-19 vaccines to countries across Asia, Africa and Latin America, as Beijing uses inoculations as a new tool to bolster its ties with nations neglected by the US.

Wang Yi, China’s foreign minister, has spearheaded the effort, pledging that Malaysia, Thailand, Cambodia and Laos will be among the “priority” recipients of Chinese vaccines.

China aspires to be a global vaccine supplier with four Chinese products now in phase 3 trials, the final stage intended to ensure safety and effectiveness before approval for public use.

Although US pharmaceutical groups, including Johnson & Johnson and Moderna also have advanced vaccines in development, Washington has shown no interest in helping to distribute them overseas.

“The United States has ceded the field to China in terms of bilateral vaccine deals in south-east Asia,” said Aaron Connelly from the International Institute for Strategic Studies, a think-tank.

As part of China’s bid to eclipse the Trump administration and its America First agenda, Mr Wang said Beijing was ready to inoculate south-east Asia against the pandemic during a four-day trip across the region last week.

He met Indonesian officials to reaffirm an agreement signed in August between Chinese company Sinovac and Biofarma, a state-owned pharmaceutical company in the country. Under the deal, Sinovac will provide at least 40m doses of its CoronaVac vaccine, which is in phase 3 clinic trials, by March 2021, with deliveries due to begin next month.

Video: Coronavirus: the global race for a vaccine | FT Interview

Indonesia, with about 350,000 infections, has the highest number of cases in south-east Asia.

“This could give Beijing leverage over Indonesia if Jakarta is too reliant on Chinese vaccines, or could leave Indonesia waiting longer if the Chinese vaccines turn out to have low immunogenicity,” Mr Connelly said.

China is determined that “vaccine diplomacy” succeeds where “mask diplomacy” failed, said Huang Yanzhong from the Council on Foreign Relations, a think-tank.

China pushed back against the idea that it was using “vaccine diplomacy” to bolster influence in a briefing on Tuesday. Zhao Xing, a foreign ministry official, said the goal was “co-operation” to speed up delivery for developing nations, adding: “This is China being a responsible great power.”

An earlier charm offensive by China collapsed after several European countries rejected Chinese-made masks and other protective equipment as substandard. But China “is likely to be the ultimate winner in increasing influence during the global vaccine race”, he said.

China’s promises of preferential access have extended beyond Asia. Beijing has pledged to help most developing countries, including the entire African continent. It has also pledged a $1bn loan to Latin American and Caribbean nations to fund procurement.

Brazil’s Sao Paulo state has signed a deal to receive an early shipment of 46m doses of Sinovac’s vaccine, which is in phase 3 trials in the country.

Beijing has also joined the World Health Organization-backed Covax initiative, which aims to provide 2bn vaccinations by the end of next year. The Trump administration has refused to sign up to the programme.

Experts debate whether China will be able to overcome logistical and regulatory hurdles to fulfil its grand promises. China is not alone in offering vaccines to the developing world. Indonesia also secured 100m doses of vaccines from AstraZeneca, the Anglo-Swedish pharmaceutical company, that will be delivered next year.

But strong state support and a lack of pressing demand within China, where the virus’s spread has been almost entirely halted, gives Chinese vaccine makers an advantage, according to analysts.

Being able to win — or at least establish a prominent place — in the global vaccine race would be a coup for China’s scientific development model, which carefully orchestrates collaboration between the state and private sector.

The Chinese government sees this as a “historic moment” to move beyond a string of scandals over faulty vaccines that damaged public trust in the sector and “leverage its economic and technological expertise to contribute to a public good”, said Karen Eggleston from Stanford University.

Chinese officials have estimated that the country’s annual capacity for Covid-19 vaccines could reach 1bn doses by next year.

Three of the vaccines in phase 3 trials — two developed by state-run Sinopharm and one from Sinovac — use an inactivated form of the virus to elicit an immune response. The fourth candidate, developed by Tianjin-based CanSino alongside a research team from the Academy of Military Medical Sciences, uses a weakened common cold virus as a carrier.

China’s vaccine makers’ search for foreign partners has been driven in part by necessity, as the lack of infections in China made phase 3 trials within the country impossible.

China may face a backlash if there are quality concerns over its vaccines, said Jennifer Huang Bouey from the Rand Corporation, a think-tank. “It’s a risk China is willing to take given the huge benefits — not only a better narrative of global health leadership but also to open up new markets for China.”

According to estimates from Essence Securities, a Chinese brokerage, if Chinese vaccine makers captured just 15 per cent of the market in middle and low-income countries that could mean total sales of nearly Rmb19bn ($2.8bn).

Within China, companies have begun to increase production and distribution of vaccines to hundreds of thousands of people as part of a controversial emergency use programme that enables their use even before phase 3 trials are completed. This has given Chinese companies a head start in fulfilling obligations at home and building up manufacturing capacity.

China’s global charm offensive has not been without setbacks. In Bangladesh, Sinovac’s attempt to run phase 3 trials in the country has been thrown into doubt over a funding disagreement after Bangladesh said it was unwilling to foot the bill for vaccine development.

Sayedur Rahman, a member of Bangladesh’s National Research Ethics Committee, said that in return for the phase 3 trial, Sinovac offered 110,000 doses free and a transfer of some technologies, which was considered not enough for a trial of more than 4,000 people costing about $4m to run.

“Why should Bangladesh invest money on [research for a product] which is not yet a confirmed vaccine?” Mr Rahman asked.