The global chairman of EY has expressed “regret” that a fraud at collapsed German fintech Wirecard was “not uncovered sooner” and said the Big Four accounting firm would “raise the bar significantly” on its audits, including when verifying bank balances.

Carmine Di Sibio, who has run EY since January 2019, wrote to clients amid a backlash against the group after it failed to identify a €1.9bn fraud at the once high-flying payments processor it audited for a decade.

“Many people believe that the fraud at Wirecard should have been detected earlier and we fully understand that,” Mr Di Sibio wrote in the letter. “Even though we were successful in uncovering the fraud, we regret that it was not uncovered sooner.”

Wirecard collapsed in June after admitting that €1.9bn of cash did not exist. EY signed off Wirecard’s accounts for 10 years despite growing scrutiny of its accounting practices from journalists and some investors. Auditors in EY’s German office did not request crucial account information from a Singapore bank where Wirecard claimed it held large sums of money, which is a routine audit procedure that could have uncovered the fraud. A number of investors are preparing to sue Wirecard and EY, which is also being investigated by German regulators.

The letter, a copy of which was seen by the Financial Times, has been provided to EY partners around the world who manage some of the firm’s biggest audit and consulting client relationships. They will send it to senior executives at the companies they work with in a bid to mitigate the reputational fallout from EY’s role in the Wirecard scandal.

“The collusive acts of fraud at Wirecard were implemented through a highly complex criminal network designed to deceive everyone — investors, banks, supervisory authorities, investigating lawyers and forensic auditors, as well as ourselves,” said Mr Di Sibio. “The public interest clearly requires that much more be done to detect fraud at its earliest stages.”

He said EY would increase its use of technology to improve its audits in the wake of the scandal, including “using electronic confirmations for audit evidence” such as “matching the company’s records of banking transactions with those provided to EY by the bank”. 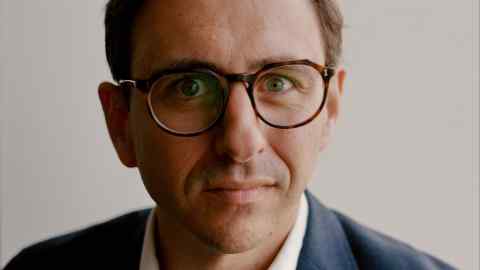 EY will also use more third-party data and information during its audits and carry out greater checks on “management probity”, according to the letter. All EY auditors will also be given annual training in forensic accounting.

EY has repeatedly claimed responsibility for uncovering the fraud since Wirecard collapsed. As part of its audit on the company’s 2019 financial statements, EY sought external confirmation of trustee-controlled bank balances which led to the discovery that account confirmations were fraudulent. KPMG — which had been brought in to look into allegations made by the Financial Times — had earlier said it was unable to verify the bank balances.

Mr Di Sibio said: “I am not going to pre-empt the outcome of any investigations, but I want to clarify a fact that I know is of considerable importance to you and all our clients . . . When external confirmations for trustee accounts were obtained, the evidence received (including bank confirmations) had been falsified. It is obvious, therefore, that we need innovative techniques and processes to tackle future fraud of this scale.”