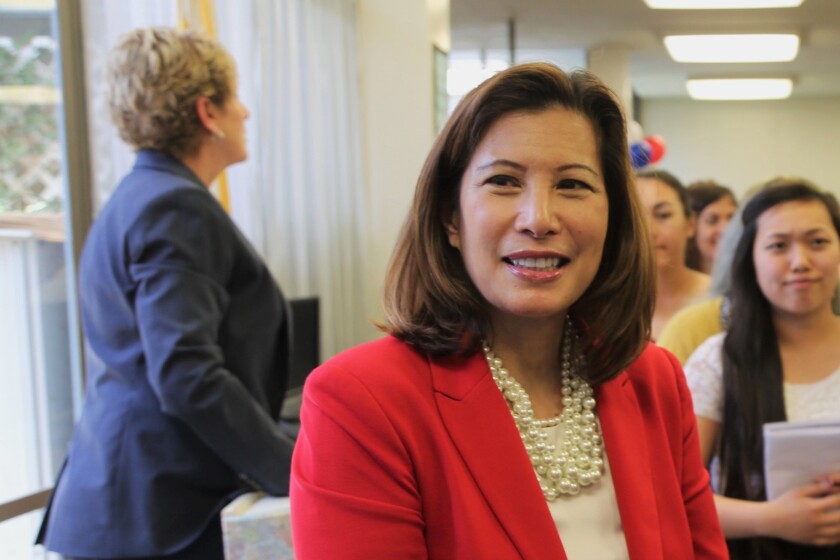 The California Supreme Court failed to take up the California Rule in its most recent decision in a pension case, instead issuing a narrow ruling on the case’s merits.

The court did affirm the state’s right to eliminate pension spiking, a reform outlined in the Public Employees’ Pension Reform Act of 2013, a law championed by former Gov. Jerry Brown.

“We have no jurisprudential reason to undertake a fundamental reexamination of the (California) rule,” Chief Justice Cantil-Sakauye wrote in the court’s unanimous decision.

The opinion focused on the specific merits of the 2012 lawsuit filed by the Alameda County Sheriff’s Association. More than a dozen others on both sides of the issue also filed briefs in the case.

“When you get to the Supreme Court they are looking at much longer-term issues,” said Michael Sweet, a partner with Fox Rothschild LLP in San Francisco who specializes in bankruptcy. “I think what they said, is the state is entitled to close loopholes and that’s what they are doing.”

He added that the argument that the California Rule means that when one pension advantage is taken away that a comparable one must be added doesn’t apply to closing loopholes.

“It doesn’t mean if they close one loophole, there should be a comparable loophole added,” he said.

The ruling came as the second of several cases that could weaken or solidify the status of the California Rule, the name given to a series of decisions originating in the 1950s that have made it difficult for state and local governments to reduce prospective pension benefits for existing employees.

The cases have garnered broad attention in California and nationally, where similar precedents have prevented significant changes to public pensions by states and municipalities struggling with retirement liabilities.

The justices affirmed the 2013 law prohibiting pension spiking, a practice that enabled public workers to bulk up overtime hours or cash out accumulated leave at the end of their careers to inflate their pensions in retirement. Pensions in California are based on salary levels achieved in the final years before retirement.

The state’s attorneys, under Brown and Gov. Gavin Newsom, had encouraged the court to consider the cases challenging PEPRA more broadly and limit the California Rule. They further argued that local and state governments need more flexibility to reduce future pensions for current workers in order to manage budgets during difficult economic times.

The court found that PEPRA clarified existing rules and closed loopholes rather than introducing more far-reaching changes, which the court called a “proper objective” in keeping with legislators’ lawmaking authority.

“It would defeat this proper objective to interpret the California rule to require county pension plans either to maintain these loopholes for existing employees or to provide comparable new pension benefits that would perpetuate the unwarranted advantages provided by these loopholes,” Cantil-Sakauye wrote.

The county employees were asking that their pensions be considered in the manner they were before PEPRA passed, according to the ruling.

“With regard to the ordinary contract issues, we hold that county employees have no express contractual right to the calculation of their pension benefits in a manner inconsistent with the terms of the PEPRA amendment,” the chief justice wrote.

The union plaintiffs, represented by David E. Mastagni, partner in the labor and employment practice of law firm Mastagni Holdstedt, A.P.C., appealed the decision to the Supreme Court in February 2018, because the “appellate court flatly refused to follow this Court’s longstanding precedent requiring that any detrimental changes to pension rights ‘must’ be offset by new advantages,” according to court documents.

Rei Onishi, deputy legal affairs secretary in the office of Gov. Gavin Newsom, argued during the May 5 hearing that state and local governments are hurting right now.

“Many counties and cities are struggling to pay their pension liabilities,” Onishi said during the hearing. “On top of the legitimate pensions, should taxpayers and their grandchildren be responsible to cover pension spiking?”

“Admittedly the pandemic has had extraordinary effects, and will likely have a long-lasting effect,” Sweet said. “But I would expect that the court felt it was important to look beyond this one issue in ruling on something so important as pensions for employees in the State of California.”

Mastagni had argued during the hearing that what Brown signed into law in PEPRA violates contract law that dates back to the Great Depression.

“I was involved in the Stockton bankruptcy,” Mastagni argued. “Contract law protects property rights against the government making a decision to not fund something they are obligated to fund, because they would rather spend the money elsewhere.”

The constitutional statute says the government can’t use some hardship to shirk its obligations, for instance, to avoid raising taxes, Mastagni said.

Despite the defeat, Mastagni, in a phone interview after the opinion was released, said it actually solidifies the California rule.

“It would have been very destabilizing to the country if the court had made a broad ruling like the state had advocated for that would have allowed governmental entities to modify financial terms in contractual obligations based solely upon rising costs and lack of revenues,” Mastagni said.

He said it’s a disappointing ruling for his clients, but for the bigger picture for California employees it’s a strong win.

“They strongly rejected the state’s arguments that these changes are prospective only, so if it were something other than addressing the perceived abuses, that argument fails,” Mastagni said. “From the big picture legal analysis, the court’s ruling is ‘You do have to provide an offsetting new advantage, except in specific circumstances like this one.'”

He added that he was disappointed because his clients were only asking that vacation time accrued in the final year be counted, not over the course of a 30-year career.

“To my view, that is not pension spiking,” he said.

“My take is that people who were looking for wholesale change are going to be disappointed,” Mastagni said. “I don’t think this ruling would allow wholesale changes to pensions.”

Sweet, who was also an attorney involved in the Stockton case, said he thinks that municipal bankruptcies could come as a result of the pandemic, but they typically come after a downturn, so he expects they would not occur in 2020 or 2021, but after that.

“There could be local governments that have a tougher time getting out of this mess than others,” Sweet said. “There could be a point down the road that Chapter 9 is the only option.”

The opinion follows years of proceedings. The trial court originally rendered a decision in 2014 that was appealed.