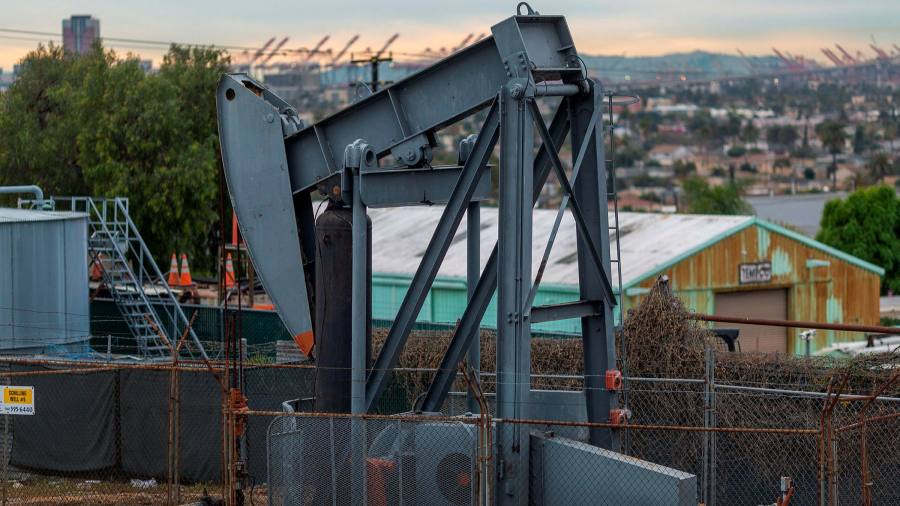 The price of US oil clawed back above zero on Tuesday after plunging into negative territory for the first time as the coronavirus pandemic crushes demand in global energy markets.

West Texas Intermediate, the US oil benchmark, was fetching $1.67 a barrel in early Asia trading after starting the session at -$14, meaning that producers were paying buyers to take oil off their hands given limited access to storage in the US.

At one point on Monday, producers were paying more than $40 a barrel to get rid of their oil. A barrel of WTI crude cost $18.27 on Friday.

The negative prices were the latest sign of the crisis in the oil sector as lockdowns implemented by authorities to smother the coronavirus outbreak cut demand for crude by as much as a third.

Crude prices have also been hit hard by fears of a deep global recession. The number of Covid-19 infections around the world neared 2.5m as of Tuesday, according to data from Johns Hopkins University, with more than 170,000 people dead.

If global storage worsens more quickly, Brent could chase WTI down to the bottom

But traders warned the June contract could soon come under pressure as well.

“The Covid-induced evaporation in demand will keep the oil market under pressure,” said Tai Hui, chief Asia market strategist at JPMorgan Asset Management. Even if containment measures ease in the coming weeks, “the world is going to be awash in oil for some time”, he added.

Brent crude, the international benchmark that tracks seaborne product that is more easily shipped to areas of higher demand, rose 2.3 per cent to $26.16 a barrel after dropping almost 9 per cent on Monday.

But analysts at Citi warned that “if global storage worsens more quickly, Brent could chase WTI down to the bottom”. They added that WTI would remain volatile thanks to the continued difficulty of storage for US oil.

Equities were broadly lower in Asia with energy stocks under pressure. Japan’s benchmark Topix index and Australia’s S&P/ASX 200 were each off 0.3 per cent, while China’s CSI 300 and Hong Kong’s Hang Seng shed 0.6 per cent.

Gideon Long, head Asia economist at ING, said the drop in oil prices would weigh heavily on oil-producing nations’ demand for Asia exports. “The hit from that will be bigger than any consumption benefit derived from these lower prices,” he said.

The Financial Times is making key coronavirus coverage free to read to help everyone stay informed. Find the latest here.

The currencies of oil-producing nations were weaker, with the Mexican peso, Norwegian krone and Canadian dollar all down 0.2 per cent against their US counterpart.

On Wall Street overnight, the S&P 500 closed down 1.8 per cent, partly because of weakness in energy shares but also due to growing pessimism over the time it will take for countries to emerge from coronavirus-induced lockdowns.

Futures tipped US stocks to rise 0.9 per cent when trading on Wall Street begins later on Tuesday.