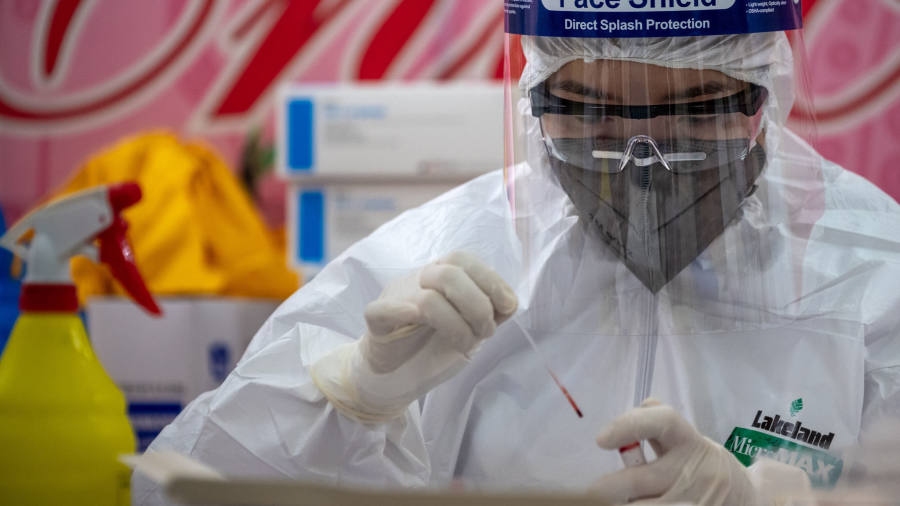 South Korean exports have shrunk by almost a third in April, according to preliminary data, in an indication of the worsening economic fallout from the global coronavirus pandemic.

The value of shipments from Asia’s fourth-largest economy dropped 27 per cent in the first 20 days of this month from the same period a year earlier to $21.7bn, marking a sharp decline from steady exports reported for March.

In the closely watched Korean memory chip and car segments, sometimes viewed as a bellwether for regional trade, exports dropped by 15 per cent and 29 per cent, respectively.

Shipments to China and the US fell by around 17 per cent each, while export to the European Union sank 33 per cent, underscoring the global economic fallout from Covid-19.

The data comes just days after South Korea reported its worst monthly job loss data in more than a decade, highlighting the challenges facing the government in Seoul despite a landmark election victory last week.

Officials in Seoul have already launched a series of measures to cushion the blow from widespread disruptions and weakening demand, which have hit both the country’s export-led manufacturing industry and domestic spending. Seoul has introduced stimulus packages totalling more than $124bn and record-low interest rates.

The IMF expects South Korean gross domestic product to shrink by 1.2 per cent this year, down from an earlier forecast of 2.2 per cent growth. That would be worse than the 0.7 per cent contraction seen in the wake of the global financial crisis in 2009, though better than the IMF’s forecast contractions for Japan and Taiwan of 5.2 per cent and 4 per cent, respectively.