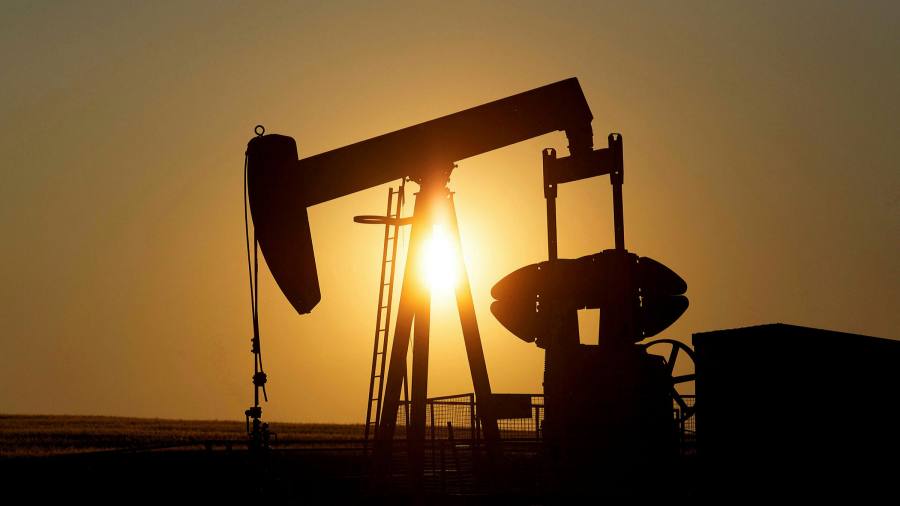 US oil prices tumbled to their lowest level in more than two decades as the global demand hit from the coronavirus pandemic raised concerns the world is becoming awash with crude that it does not have enough room to store.

Analysts said the latest fall in prices, which came ahead of the imminent expiry of a heavily traded futures contract, could put fresh pressure on producers to further reduce supply.

The industry is facing “the bleakest oil macro outlook since at least the late 1990s and perhaps ever”, said Jefferies analyst Jason Gammel, who cut his forecast for WTI prices in the second quarter to $19 a barrel.

Oil prices have plummeted this year on the possibility that the coronavirus outbreak will cause a deep global recession. The number of Covid-19 infections worldwide topped 2.4m as of Monday, according to Johns Hopkins data, with more than 165,000 dead. Over the weekend, US President Donald Trump sparred with state governors over plans to reopen the world’s largest economy.

The deepening fall in oil prices has come despite an Opec-backed deal to cut roughly 10 per cent of global crude supply. Reductions of varying magnitude are planned to run until April 2022 as part of efforts to stabilise prices.

Monday’s fall was driven by the imminent expiration of the WTI futures contract for May delivery. Contracts for WTI delivery in June by comparison were down by a smaller 5.4 per cent at $23.69.

“I would certainly put the majority of the losses so far today down to the expiration,” said Robert Rennie, global head of market strategy at Westpac. “The risk is June WTI gets pulled below $20 in the next couple sessions.”

Signs of curtailed US supply have done little to boost prices. Baker Hughes data on Friday showed that the number of oil rigs in the US has dropped by more than a third over the past month.

“No one in America wants oil in the short term,” said Jeffrey Halley, senior market analyst at Oanda. “With above-ground storage bulging at the seams, WTI’s only hope it appears is for production cut action from the impending decisions of state authorities in Texas and Oklahoma — and lots of producers going out of business.”

Brent crude, the international oil benchmark, was down 1.1 per cent at $27.78 a barrel on Monday in Asia.

The currencies of energy-producing economies were also weaker, with the Canadian dollar, Russian rouble and Norwegian krone all down more than 0.5 per cent against the US dollar.

Equity markets in Asia were under pressure. Japan’s benchmark Topix fell 0.6 per cent and Australia’s S&P/ASX 200 shed 1.1 per cent, although Hong Kong’s Hang Seng shook off an early fall to rise 0.3 per cent.

Futures tipped the S&P 500 to drop 0.2 per cent when trading begins later on Monday.