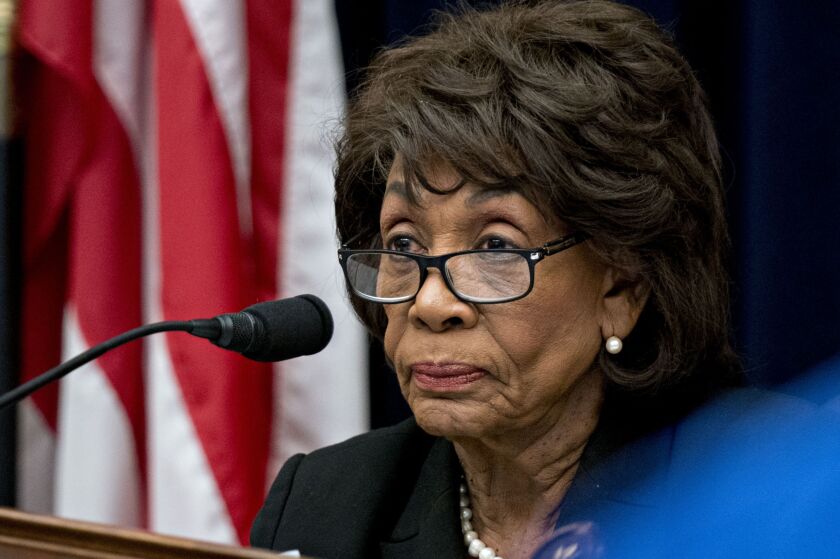 In a letter sent to Fed Chair Jerome Powell Thursday night, Waters said though the Fed’s Municipal Liquidity Facility helps provide liquidity to states and local governments, it has “glaring omissions and shortcomings” that need to be addressed.

One of those shortcomings is the MLF’s exclusion of territories and tribes as well as limiting participation to a single issuer per state, county or city.

“Although the CARES Act sought to support states and localities through $150 billion in grants, estimates of how this money will be distributed show that territories are likely to lag significantly behind,” Waters wrote. “There have been too many occasions where federal policymakers have excluded or provided fewer benefits and support for territories, including Guam and American Samoa, and those decisions can have significant impacts on Americans who live in the territories, such as limiting cancer treatment or other health care options.”

Waters referenced Puerto Rico, which has poor credit ratings and is dealing with a significant debt burden, and said Congress’ lack of support contributed to its fiscal challenges.

The Fed announced the MLF last week and said it would purchase up to $500 billion of short-term notes, with the Treasury providing $35 billion of credit protection to the Fed using funds appropriated in the $2 trillion Coronavirus Aid, Relief, and Economic Security act signed into law on March 28.

Waters took issue with the restirctions on the sizes of communitis able to participate in the MLF.

Waters said most cities such as Atlanta, Boston and Detroit would have to seek indirect support from their states.

“This approach risks exacerbating racial disparities in the federal government’s response to COVID-19,” Waters said. “A recent analysis noted the program’s exclusion of the thirty-five most heavily African-American cities in the country, and found that: ‘For every ten percent more black the city’s population, it is ten percent less likely to qualify for the Fed’s program.’”

“Support for secondary market borrowing would help provide liquidity and arguably help the issuers that are unable to go directly to the Fed because of the Fed’s proposed population thresholds,” Waters said.

Waters also noted that even if tax revenues return to normal levels by 2022, states and cities will have to fund general operations while paying back significant shortfalls, which could prolong the effects of a recession.

The National Association of Bond Lawyers also offered commentary to the Fed in a letter sent on Thursday, urging the Fed to provide guidance as soon as possible since states will need to move quickly to adopt legislation to authorize borrowing. NABL also wants additional action from the Fed, Treasury and Congress to address longer-term working capital financing needs.

NABL wants to expand the amount of issuers who can participate either in the MLF or through another liquidity financing tool under the CARES Act. Since only one issuer per state, city or county is eligible for the program, NABL wants the Fed to designate at least a second entity to borrow for cash flow.

The MLF should also be expanded to include revenue anticipation notes, in addition to TRANs, BANs and TANs, NABL said. NABL also wants issuers to be able to draw down amounts as needed instead of a lump sum to provide flexibility to meet cash-flow demands.

As for disclosure, NABL wants issuers to be able to use existing documents including bond counsel opinions and existing ratings.