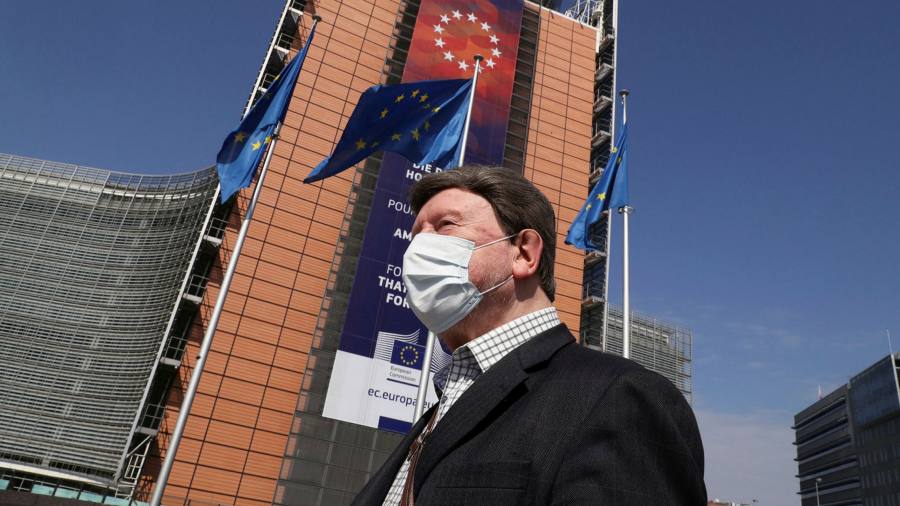 European Central Bank officials have held high-level talks with counterparts in Brussels about creating a eurozone bad bank to remove billions of euros in toxic debts from lenders’ balance sheets.

The plan to deal with debts left over from the 2008 financial crisis is being pushed by senior ECB officials, who worry the coronavirus pandemic will trigger another surge in non-performing loans (NPLs) that risks clogging up banks’ lending capacity at a critical time.

But the idea faces stiff opposition within the European Commission, where officials are reluctant to waive EU rules requiring state aid for banks to be provided only after a resolution process imposes losses on their shareholders and bondholders.

“The lesson from the crisis is that only with a bad bank can you quickly get rid of the NPLs,” Yannis Stournaras, governor of the Bank of Greece and member of the ECB governing council, told the Financial Times. “It could be a European one or a national one. But it needs to happen quickly.”

Greek banks have by far the highest level of soured loans on their balance sheets of any eurozone country, making up 35 per cent of their total loan books — a legacy of the 2010-15 debt crisis that pushed the country to the brink of exiting the eurozone.

They have cut their bad loans by about 40 per cent in four years, under heavy pressure from the ECB. But plans by Greece’s big four lenders to sell more than €32bn of NPLs — almost half the total in the country — are likely to be disrupted by the coronavirus crisis, and Mr Stournaras said the best way to quickly fix their balance sheets is now via a bad bank.

ECB officials have also held talks with the commission’s department for financial stability and capital markets.

Senior EU officials have pushed back on the idea, arguing there are better ways to tackle toxic loans, but declined to give further details.

The high-level talks were in their infancy and had been premature, said people with direct knowledge of them. “We put a stop to them from the EU side,” said a person briefed on the discussions. “Nothing is moving.”

However, people following the discussions inside the commission did not rule out their resuming at a later stage of the pandemic.

Andrea Enria, chair of the ECB’s supervisory board, proposed the idea of an EU bad bank in early 2017 when he was still head of the European Banking Authority. His idea was blocked by Brussels’ officials citing state-aid rules — but he is now trying to get the plan off the ground again, said people briefed on the matter. The ECB declined to comment.

Total NPLs in the biggest 121 eurozone banks almost halved in four years to €506bn, or 3.2 per cent of their loan books, by the end of last year. But Greek, Cypriot, Portuguese and Italian banks still have NPL ratios above 6 per cent.

In March, the commission adopted a temporary relaxation of state-aid rules and has since waved through billions of euros in emergency government relief measures. Brussels is also finalising plans alongside member states to allow countries to inject equity directly into struggling businesses, though in return they will be restricted from paying dividends or bonuses while in receipt of state aid.

Proponents of the bad bank idea hope to make it acceptable under state-aid rules by proposing that the toxic loans would have to be sold into the market after a fixed time period, with the power to recoup any losses from the lenders themselves.

Spain, Ireland and Germany all set up state-backed bad banks after the 2008 financial crisis to deal with sudden increases in toxic bank debt.

But since then, the EU has introduced the bank recovery and resolution directive, which restricts governments from setting up bad banks except as part of an official resolution process.