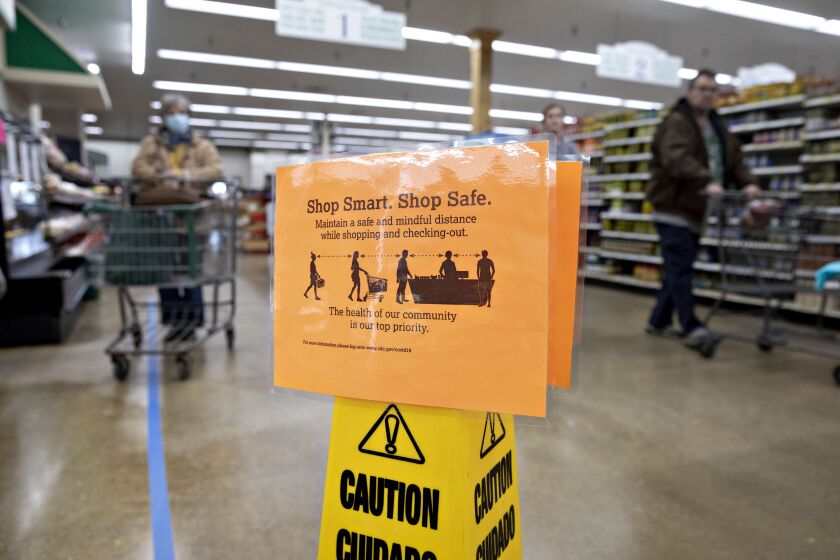 Fitch cut the state’s issuer default and general obligation ratings by one level to BBB-minus from BBB, and also lowered its outlook to negative from stable, signaling its poor view of the state’s ability to weather the economic toll of the COVID-19 pandemic.

Fitch’s rating and outlook now match Moody’s Investors Service and S&P Global Ratings, which both cut their outlooks to negative this month.

Fitch anticipates “a fundamental weakening of the state’s financial resilience given its already tenuous position entering the current severe downturn.

“While Illinois should avoid any immediate cash flow pressures, the state’s lack of meaningful reserves and the limited nature of other fiscal-management tools at its disposal mean Illinois will be challenged to maintain its investment-grade issuer default rating,” Fitch warned.

The state’s ratings are the lowest among states and have “long reflected an ongoing pattern of weak operating performance and irresolute fiscal decision-making that has produced a credit position well below the level that the state’s broad economic base and substantial independent legal ability to control its budget would otherwise support,” Fitch said. The next lowest rated state is New Jersey at A.

Illinois’ two-and-a-half year budget impasse under former Gov. Bruce Rauner spurred a series of downgrade from Fitch and the other agencies. The gridlock ended in July 2017 but Fitch maintained a negative outlook on the rating until July 2019.

The shift back to negative “reflects the risk that the depth and duration of the downturn lead Illinois to implement nonstructural budget-management measures the state finds difficult to quickly unwind once an economic recovery finally begins to take hold,” Fitch said.

The action came one day after Gov. J.B. Pritzker, who took office last year, released revised revenue estimates that trimmed $2.7 billion off revenue projections in the fiscal year that runs through June 30. Revenues were revised downward by $4.6 billion for the next fiscal year. The state next year will also need to repay $1.2 billion of cash flow borrowing planned to address the current gap and repay $400 million in investment fund rollovers being pushed into the next fiscal year.

“The state of Illinois is committed to ensuring we work through the difficult challenges brought on by COVID-19,” said Gov. J.B. Pritzker spokeswoman Jordan Abudayyeh. “The state prioritizes its debt payments and will work to ensure our progress on stabilizing the state’s finances continues through this crisis. The state of Illinois’ credit remains investment grade and by working together, Illinois will get through this crisis and rebuild our economy with new resolve.”

The rating blow had a ripple effect, trigging a downgrade on other ratings linked to the state’s. Sales-tax backed Build Illinois bonds were cut to BBB-plus from A-minus based on the link under state dedicated tax analysis.

The Metropolitan Pier and Exposition Authority’s expansion project bonds, which are subject to a state appropriation risk, fell to the junk level of BB-plus from BBB-minus as did the Illinois Sports Facilities Authority’s state tax-supported bonds. Fitch anticipates reviewing ratings within the next two weeks for the BBB-minus Chicago motor fuel tax revenue bonds.

Build Illinois bonds have a first and prior claim on the state share of the 6.25% unified sales tax. MPEA expansion project bonds are payable from the authority taxes on hotels, restaurants, and car rentals and state sales-tax deposits if authority taxes are insufficient. ISFA bonds are backed by state-tax payments including a portion of the statewide hotel tax allocated up to statutorily specified amounts, a $5 million annual state subsidy and a $5 million city subsidy.

Fitch anticipates Illinois will manage its near-term fiscal strains with nonrecurring measures that allow its unpaid bill backlog to grow. It stood at $7.9 billion Thursday. The secondary market spread on the state’s 10-year GOs to the Municipal Market Data’s AAA benchmark hit a peak of 381 basis points last week and it remains there.

“A downgrade could be triggered by the lack of a credible path to reversing those measures quickly, once an economic recovery finally takes hold, or by a reliance on short-term measures that materially compound the state’s long-term challenges such as its pension liability burden,” Fitch warned.

Substantial federal relief that offsets the likely deep economic and tax declines Illinois faces could stabilize the rating as would sufficient economic stimulus that supports a rapid rebound in economic activity.

A rapid economic bounce back also could stabilize the rating.

“Such a recovery would be well beyond Fitch’s current expectations. Similarly, structural changes that lead to materially higher revenues or reduced spending and do not exacerbate Illinois’ structural budget challenges could also support stabilization of the outlook,” Fitch said.

The Federal Reserve’s new $500 billion Municipal Liquidity Facility in the works to directly purchase short-term debt issued by states, the District of Columbia and the largest counties and cities could provide Illinois access to up to $9.6 billion of cash flow borrowing. The state could attempt to use the program for the $1.2 billion borrowing that Pritzker announced Thursday under state statutes when a revenue shortfall occurs, Fitch said.