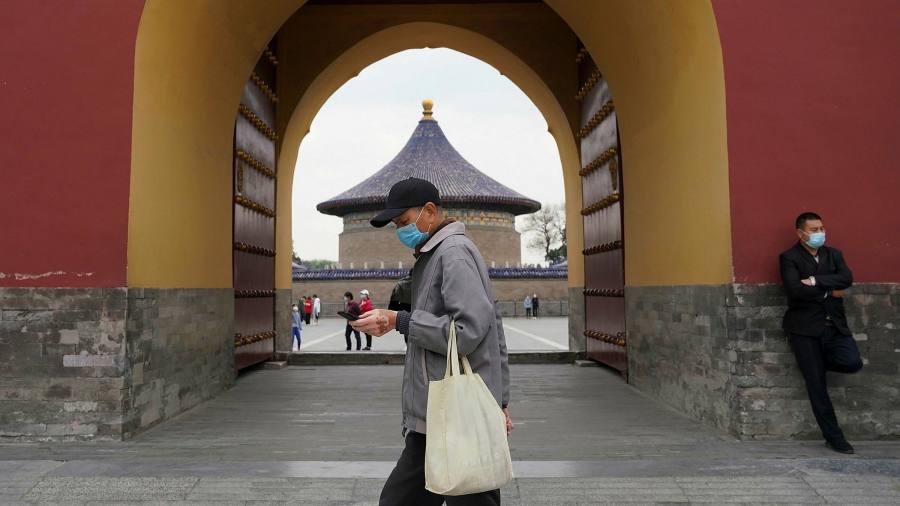 China’s economy shrank at the start of the year for the first time in more than 40 years after the coronavirus pandemic ended an era of uninterrupted growth dating back to the 1970s.

Gross domestic product in the first quarter plunged 6.8 per cent year on year, the National Bureau of Statistics said on Friday.

The Chinese government only began reporting quarterly economic growth estimates in 1992 but the last time it officially acknowledged a year-on-year fall in output was for 1976.

The contraction in China, the engine of global growth for the past two decades, is the starkest economic sign of the damage caused by the pandemic that started in Wuhan but has wreaked havoc around the world.

The official data comes in the same week that the IMF warned of the worst global economic outlook since the Great Depression, with output losses this year expected to far exceed those that followed the financial crisis of 2008.

Fixed asset investment in the first quarter fell 16 per cent compared to last year, while total retail sales of consumer goods fell by 16 per cent in March.

Mao Shengyong, spokesperson at the statistics bureau, pointed to “short-term economic costs” but downplayed the long-term impact of coronavirus.

The Financial Times is making key coronavirus coverage free to read to help everyone stay informed. Find the latest here.

“We cannot say that the fundamentals of China’s long-term economic progress have changed because of a short-term shock,” he said, adding that average annual growth over the next two years was forecast to be about 5 per cent.

Mr Mao added that the country had “basically achieved” its decades-long target of becoming “moderately prosperous” by 2020. But, he warned in a rare admission of falling short, “the biggest weakness is poverty alleviation”.

Stocks across the Asia-Pacific region were up despite the negative economic data, with investors encouraged by signs that some countries were reopening. China’s CSI 300 index of Shanghai- and Shenzhen-listed stocks closed 1 per cent higher and Hong Kong’s Hang Seng index finished up 1.6 per cent.

China’s economy, the world’s second largest, was already under pressure before coronavirus hit. Last year, it expanded by 6.1 per cent, its lowest level in almost three decades.

The data published on Friday indicate that growth for the full year is now expected to come in at a far lower level, jeopardising the government’s 2010 pledge that it would double the size of the economy by the end of this year.

The decline was also worse than analysts’ expectations, with a Reuters poll of economists forecasting that GDP would shrink by 6.5 per cent year on year.

The GDP fall will put pressure on the country’s leadership to provide further stimulus to avoid a second quarter decline that would plunge China into a full-blown recession.

The government has already taken measures to support companies by pumping liquidity into the banking system to boost lending to struggling businesses and by introducing tax breaks of Rmb1.6tn ($226bn).

The urban unemployment rate had reached a record high of 6.2 per cent by late February, up from 5.3 per cent in January. The government typically sets an urban job creation target of at least 10m a year.

“Despite the dim GDP numbers, economic activities have been on track for normalisation since early March,” said Chaoping Zhu, global market strategist at JPMorgan Asset Management.

“China hasn’t seen such a deep contraction for a long, long time,” said Iris Pang, ING chief economist for Greater China, adding that for some economies “the damage will be even worse”.

This month, the government eased travel restrictions on Wuhan. Key economic indicators, such as traffic levels in major cities and factory activity, have also shown signs of recovery as the country attempts to return to work.