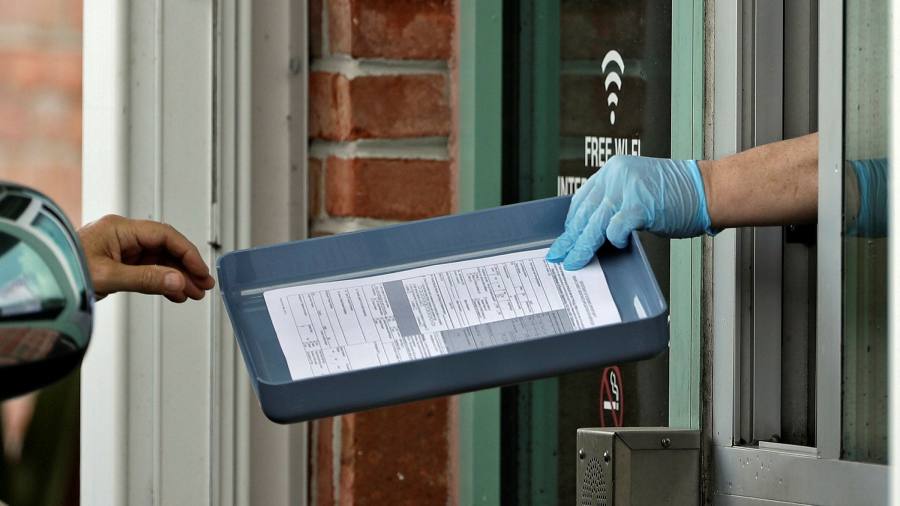 More than 5.2m Americans filed unemployment claims last week, taking the number that have sought benefits for the first time since last month’s start of widespread US lockdowns to more than 22m.

Initial jobless claims totalled 5.25m in the week ended April 11, lower than the 6.62m recorded last week, the labour department said on Thursday. That compared with economists’ expectations for 5.5m.

According to preliminary state-level estimates that have not been seasonally adjusted, California once again reported the largest number of jobless claims at 660,966.

The labour department also reported that, among the unemployed, the insured rate on April 4 had climbed to 8.2 per cent, up from 5.1 per cent the previous week. That is the highest rate of insured unemployed since the department began keeping records in 1967.

It is also likely an undercount of unemployed Americans, as there have been widespread reports of state-level breakdowns and delays in filing for and receiving unemployment insurance benefits.

The jobless figures follow a series of data this week that highlighted the hit to all aspects of the economy from the coronavirus lockdown, with historical declines in industrial activity and retail sales, and local business owners reporting that economic activity had contracted “sharply and abruptly across all regions in the United States.”

Donald Trump is expected to announce guidelines to reopen the economy later today, after claiming the US has passed the peak of new coronavirus cases.

However, on Wednesday it was announced that a record 2,492 people died over a 24-hour period — the first time new fatalities topped 2,000 for two consecutive days. The US death toll has now surpassed 28,000, while confirmed cases have exceeded 632,000.